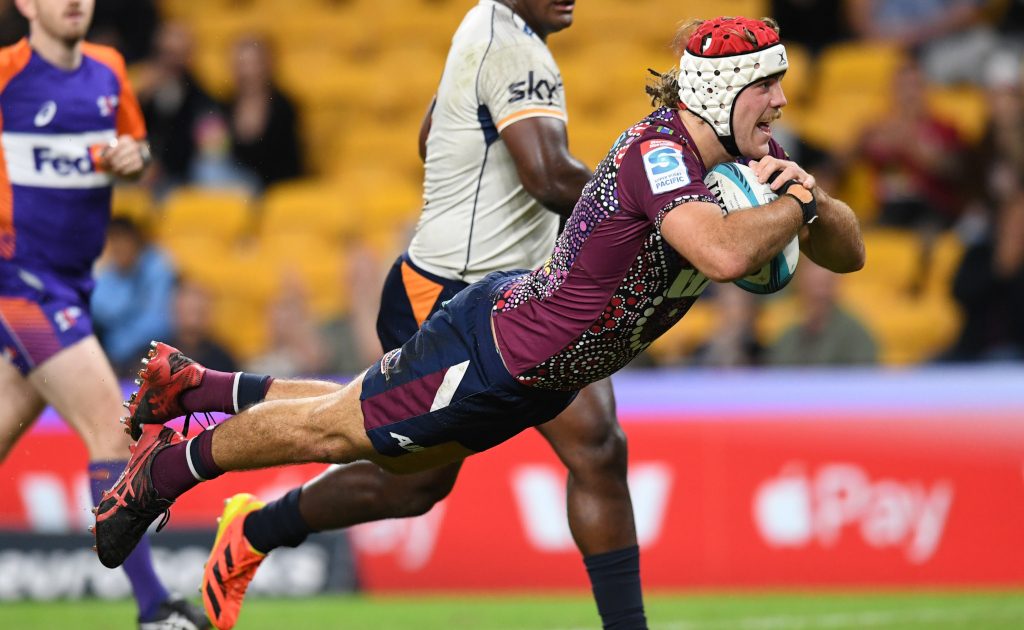 The Reds claimed a 34-22 win over Moana Pasifika at Suncorp Stadium in Super Rugby Pacific’s Culture Round.

Moana Pasifika opened the scoring early on through a converted try from Solomone Funaki, only for Reds full-back Jock Campbell to respond moments later as part of 19 unanswered points with further tries from Fraser McReight and Harry Hoopert.

Sione Tu’ipulotu scored for the visitors, only for their momentum to be killed by a second Campbell try and a Harry Wilson interception.

The game was put to bed, but a consolation try by Moana Pasifika number eight Henry Time-Stowers robbed the hosts of a bonus point.