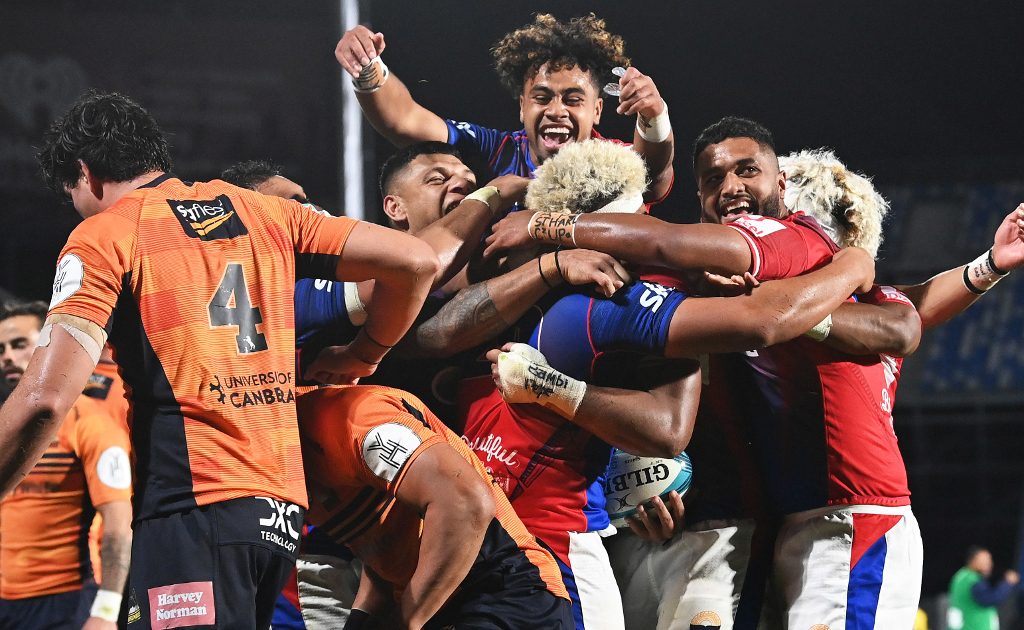 Moana Pasifika ended their campaign of the inaugural Super Rugby Pacific season in style when they sealed a shock 32-22 victory over the Brumbies in Auckland on Saturday.

In a fast-paced and entertaining clash, Moana Pasifika overcame a first half red card to their captain Sekope Kepu to outscore their more fancied opponents by four tries to three and seal only their second win of the season.

Apart from a penalty try, William Havili, Joe Apikotoa and Lotu Inisi crossed the whitewash for Moana with their other points coming via the boot of Christian Lealiifano, who succeeded with two conversions and as many penalties.

Kepu was sent off in the 10th minute for a dangerous tackle on Andy Muirhead before McInerney crossed for the opening try shortly afterwards. Despite playing with 14 men for the next 20 minutes, Moana held the upper-hand and they were rewarded with scores from Havilii, Apikotoa and the penalty try which gave them a 19-7 lead at half-time.

The Brumbies struck back with Lealiifano’s penalty and Lonergan’s try which meant the match was evenly poised on the hour mark with the score 22-17 in Moana Pasifika’s favour.

Inisi sealed the win for the hosts with his five-pointer in the 76th minute, however, before Samu scored a consolation try for the Brumbies in the game’s dying moments.