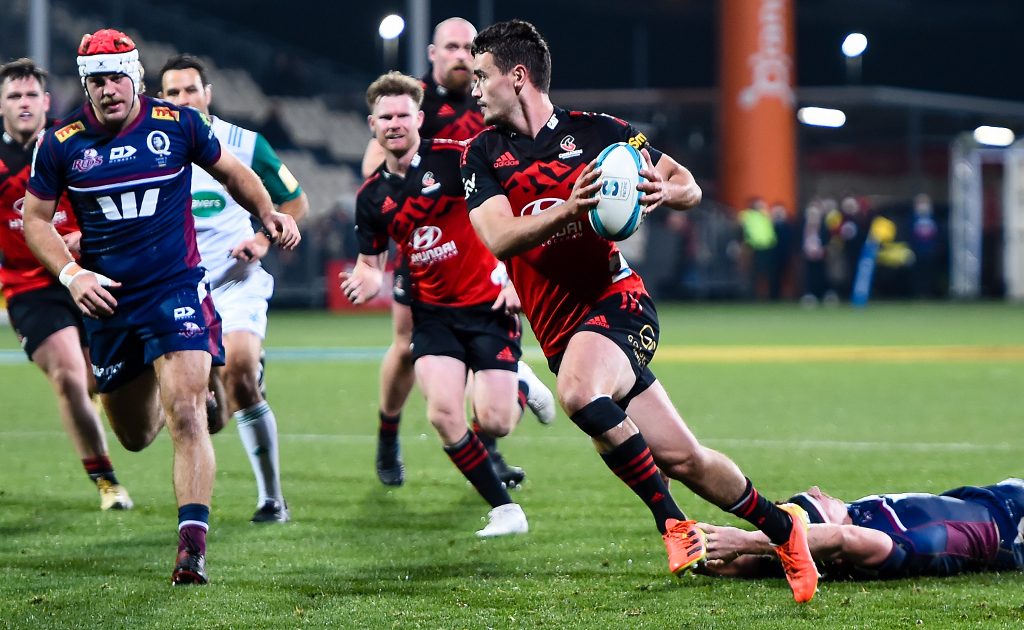 The Crusaders finished their Super Rugby Pacific round robin campaign on a high when they sealed a 28-15 victory over the Reds in Christchurch on Friday.

The home side were full value for their win as they outscored the Reds by four tries to two and the result means they have secured second position in the standings.

Fergus Blake led the way for the Crusaders as he finished with a 13-point haul courtesy of a try and four conversions and he crossed for the opening try in the 11th minute.

Scott Robertson’s men continued to dominate during the opening half and were rewarded with further tries from Will Jordan in the 15th minute and Brodie McAlister shortly before half-time.

The Reds‘ only points of the half came via a penalty from Lawson Creighton which meant the Crusaders led 21-3 at the interval.

The visitors gave a better account of themselves in the second half and outscored their opponents 12-7 during that period with Richie Asiata and Harry Wilson crossing for tries. Creighton added one conversion while the Crusaders’ only points of the half came courtesy of a Tom Christie five-pointer.