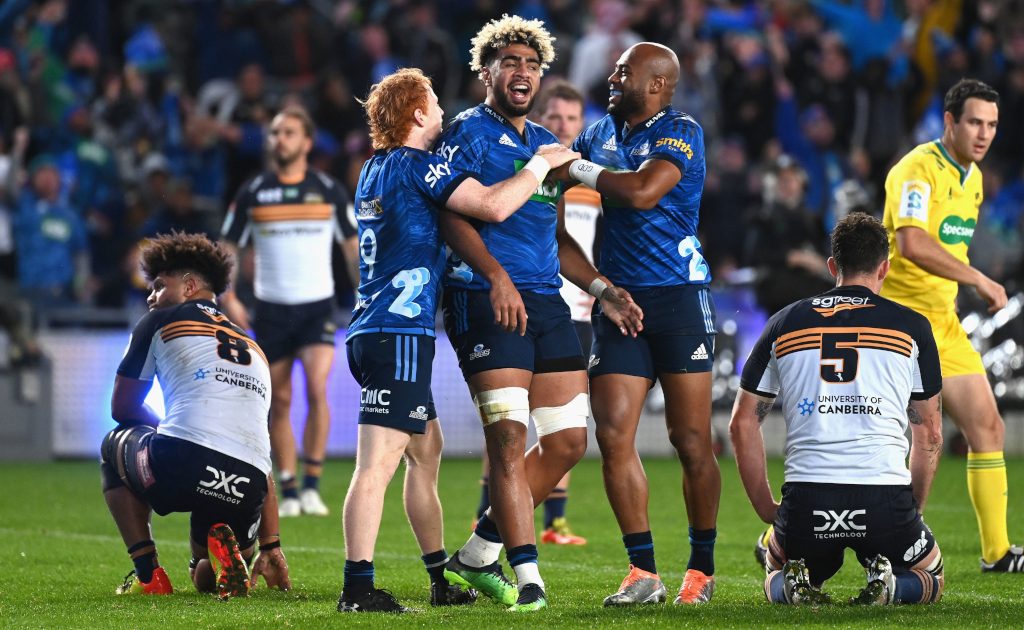 The Blues claimed a 20-19 victory over the Brumbies in a gripping Super Rugby Pacific semi-final at Eden Park to set up a clash with the Crusaders in the final.

The Brumbies were first to score as Irae Simone broke the line in the midfield, showing excellent pace to cross the whitewash.

However, the Blues stayed calm and responded with two tries before the interval, from Hoskins Sotutu and Mark Telea, as Beauden Barrett started to pull the strings.

The second period was all about the visitors, who picked up impressive momentum with a brace from substitute hooker Lachlan Lonergan.

The clash was balanced on a knife-edge in the final stages, and Brumbies fly-half Noah Lolesio had his drop goal attempt charged down, resulting in the Blues claiming the ball and closing out the game.

Super Rugby Pacific served up another thrilling semi-final, and it is all set for the Blues to face the Crusaders in the showpiece event at Eden Park.