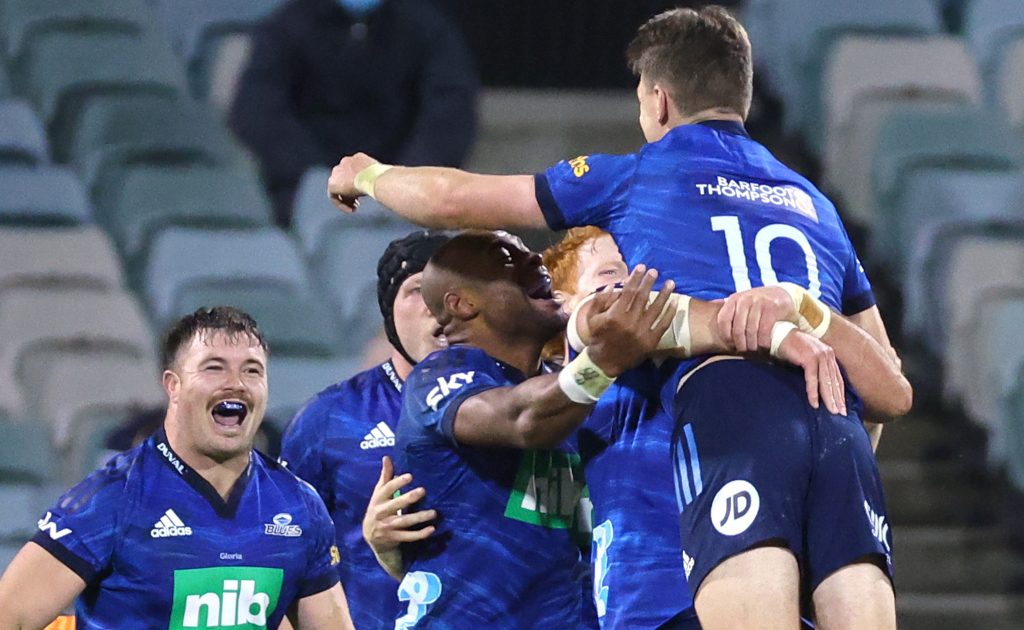 The Blues claimed a dramatic 21-19 win over the Brumbies in Canberra thanks to a late drop goal from Beauden Barrett to extend their lead at the top of the Super Rugby Pacific standings.

The Brumbies were quickly out of the blocks with a Pete Samu try in the third minute, but that was cancelled out by a Barrett effort on the stroke of half-time.

Once again the host drew first blood in the second period through Folau Fainga’a before the Blues responded via prop Karl Tu’inukuafe who crashed over in 68th minute.

The Canberra side thought the game was sealed when Billy Pollard scored in the 77th minute but Barrett slotted a late drop goal to steal the game.

The Blues now hold a six-point lead at the top of the standings with only one round to play.