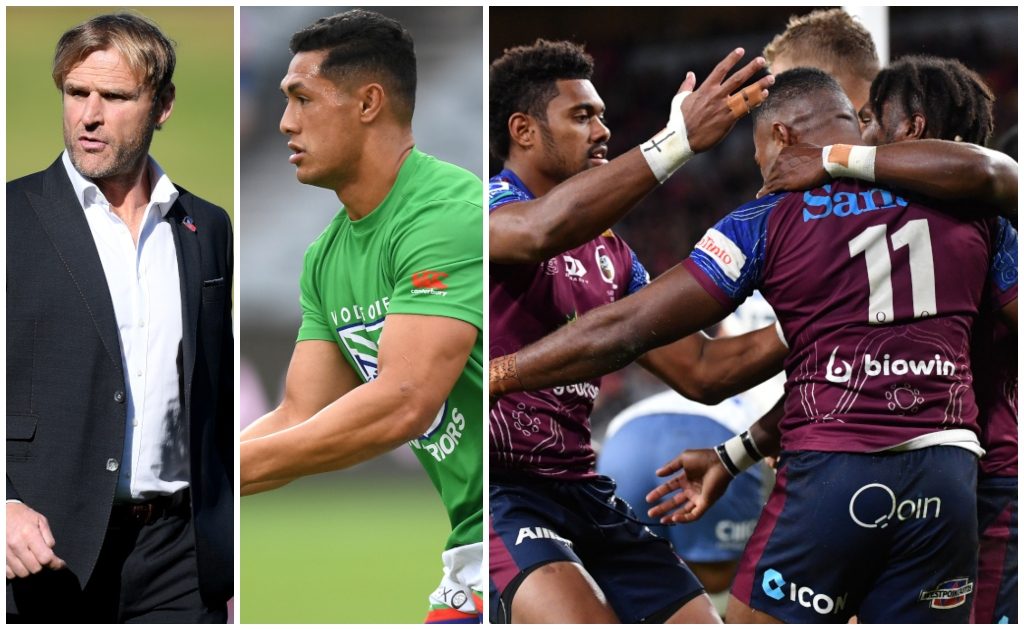 Ahead of the inaugural Super Rugby Pacific season we pick out five storylines to follow, which includes a good mix from the competing sides.

An end to the Crusaders’ dominance?

The brilliant Scott Robertson continues to do an impressive job of rebuilding every time he sees experienced players leave, but this season is perhaps his biggest challenge yet. After dominating the old Super Rugby competition, winning it three times in a row, they then claimed successive Super Rugby Aotearoa titles, but their opponents certainly got closer last year.

Robertson’s men did miss out on silverware in Super Rugby Trans-Tasman but they were unfortunate after winning all five games against the Australian franchises. It said more about their opponents’ incompetence than their own possible failings, but it still suggests that they will have competition from their fellow New Zealand sides in 2022.

The Blues, in particular, have built nicely, while the Crusaders head coach has to do without Luke Romano, Michael Alaalatoa and Whetu Douglas, who have all departed, and that has certainly eaten into their depth. Bringing in the brilliant Argentine Pablo Matera was a savvy move, but the Christchurch outfit certainly look more vulnerable in 2022.

The progress of Roger Tuivasa-Sheck

No doubt the biggest and most exciting addition this year was that of the former rugby league superstar, who has joined a Blues team on the rise. After claiming the Super Rugby Trans-Tasman title, hopes are high that Leon MacDonald’s men will continue to improve and the signing of Tuivasa-Sheck could be significant.

A full-back or wing in the 13-man game, the Aucklanders are looking to play him at inside centre, giving him more opportunity to get his hands on the ball and wreak havoc. Tuivasa-Sheck is a freakish talent, who has all the skills to succeed and become a cross-code great, but it may, of course, take time for him to adapt.

The Blues have brought in a rugby league legend before when Benji Marshall played for a brief period at the franchise, but Tuivasa-Sheck should be far more successful. First of all, he has plenty of rugby union experience, having represented New Zealand at schoolboy level, and secondly, the 28-year-old doesn’t necessarily have to be a key decision-maker, certainly in the short-term at least.

With Marshall’s playmaking skills and just sheer talent, people expected him to have an immediate impact, but it rarely happens like that. Blues and All Blacks fans may have to be patient but we expect him to feature in Ian Foster’s plans at some point over the next couple of years.

Will the Australians catch up?

It has been a tortuous few years for Aussie supporters having seen their teams regularly annihilated by their New Zealand rivals. The franchises did not face off in the latter part of 2020, when the old Super Rugby was disbanded and Covid made cross-border travel extremely difficult, but 2021 saw their rivalries resumed.

The New Zealanders duly dominated as they often handed down some severe beatings. There were just two victories for the Australian teams – for the Reds and Brumbies over the Chiefs and Hurricanes respectively – in 25 games in what was another abysmal effort.

There won’t be a complete role reversal obviously, but the Aussies would just take being far more competitive and, they would hope, a few more wins. There is some good young talent in the country and they will be better for playing at that type of level last year – even if they were on the wrong end of a few hidings – but there is still so much improvement they need to make.

The Australians should, however, fare better than Fijian Drua and Moana Pasifika, the two new sides that have joined this expanded competition. Irrespective of who is in their squad, it’s always going to take time for them to adapt, but it doesn’t help when prospective players are unable to join their squad, as what happened to the Fiji outfit.

When you then factor in a lack of game time – the majority of them have not played since October – then a long and difficult season awaits for Drua. The natural talent and ball-playing skills will be there but to get them organised and battle-hardened given their build up appears an almost impossible task.

Moana face a similarly difficult task, even though there are some familiar names in the form of Jack Lam, Henry Stowers, Solomone Kata and captain Sekope Kepu. On paper, they look slightly better equipped to compete, but their pre-season 61-7 thrashing at the hands of the Chiefs wasn’t the greatest sign. Of course, that result would usually mean little in the context of their campaign, but our hopes are not high for either Pacific Island team.

There has already been disruption before the season has even begun and you therefore wonder how the season will take shape as the year goes on. In particular, there are concerns around the cross-Tasman matches, especially due to the restrictions in New Zealand.

With Omicron surging, measures are being put in place which could ultimately impact the tournament over the next few months. There is also the financial impact to consider, with outdoor gatherings currently limited in New Zealand, while some of the sides have recorded Covid cases recently.

Hopefully not too many alterations will have to be made to the schedule but it is currently an ever-changing picture in this Covid-ridden world.