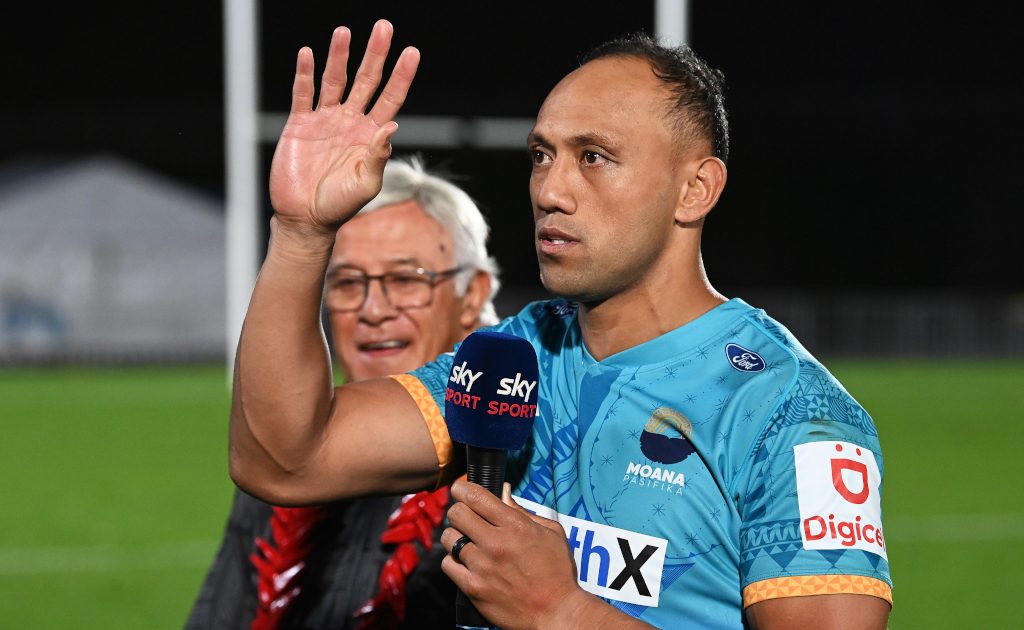 Moana Pasifika fly-half Christian Lealiifano will face his old team this weekend for the first time since joining the Super Rugby Pacific newcomers.

Lealiifano spent 12 years at the Brumbies making immense contributions for the Canberra side including a whopping 150 appearances for the club.

Target on his back

Earlier this week the veteran had dinner with old team-mates Brumbies captain Allan Ala’alatoa and prop Scott Sio who are excited to face Lealiifano.

“Scotty has given him that chat that he’s going to be going after him,” Ala’alatoa told AAP.

“I’m sure Christian will be ready to display his footwork in case Scotty shoots out of the line and tries to put on a shot. It’s going to be good.

“We haven’t seen Christian for a while. So that was awesome to connect, to go over to his place and have dinner with his partner and little one.

“Christian has given so much to the club. It probably will be weird to see him on the opposition tomorrow, but it’s also special for him.

“He’s trying to build a great culture for Moana, and to be able to display that against the Brumbies is going to be really special.”

Moana Pasifika has nothing to lose and the Brumbies are expecting a physical clash to close out the regular season.

“Moana definitely has strike power in their backline and forward pack, and they’re the team that has nothing to lose,” Ala’alatoa said.

“It’s going to be a physical match, but the boys are excited for it.”