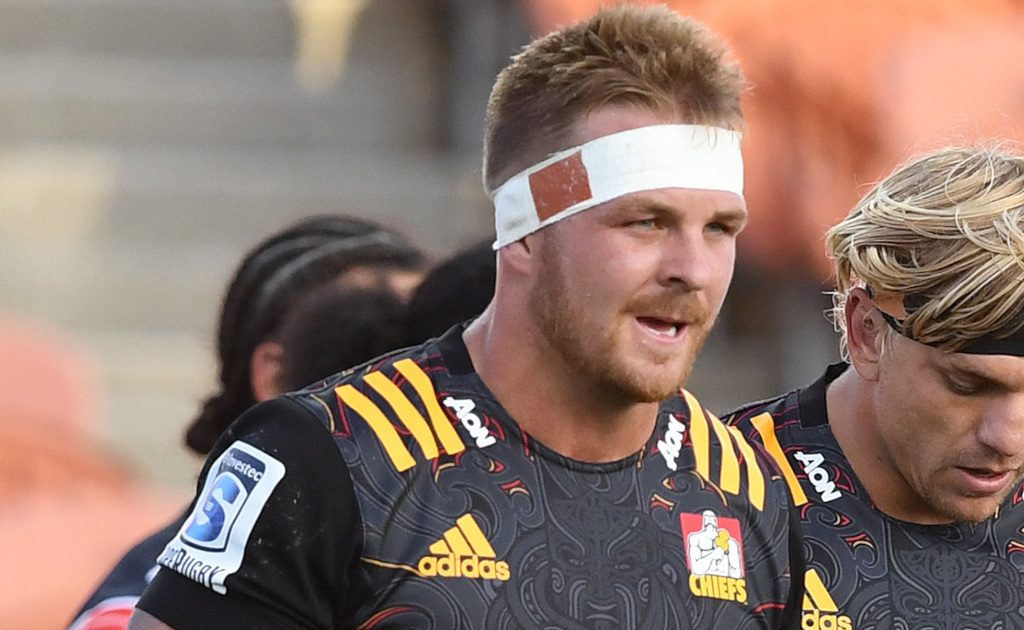 Chiefs co-captain Sam Cane opened up on the injury he suffered against the Western Force as he is named on the bench for their semi-final against the Crusaders this weekend.

Cane was forced off the field with a knee injury after being cleaned out by a Force forward and looked a concern for the rest of the season and the All Blacks Test series against Ireland.

However, the All Blacks captain has recovered in time for the last four and said he was upset by the incident against the Force.

“Directly in the side and sort of targeting lower limbs – we’ve seen in league anything round those areas have been ruled out.

“The refs told me there’s nothing they can rule on, it’s not classed as foul play so the TMO can’t interfere.

“But it’s not a nice feeling having your knee buckling like that, and I’m probably lucky it wasn’t worse off when I look at the footage, it buckled a long way in.”

Scans revealed the injury was more than just a strain; there was damage on the inside and outside of his knee.

“The scan showed a few different things, it was a lot different to what we thought,” he said. “So it was a bit more than a strain.

“I’ve got some inflammation on the outside of my knee as well, and the tear, we don’t know if it was old or new, but it was a decent size. But the main thing is that it’s feeling good, so we’ll just go with that.”

Cane understands that injury may be frustrating, but it is part of the game and duly threw all his focus into rehabilitation.

“But you try and not let that get you down too much and just focus on what you can control, which is do everything I could in terms of rehab and recovery to make sure it’s right,” he said.

“I wanted to get some minutes under the belt leading into playoff footy. But at least I’m here now.”

After a clear discussion with coach Clayton McMillan, the veteran understands why he has not been fast-tracked to the starting Chiefs line-up.

“Clayton had a good discussion and explained his thinking and the logic,” Cane said.

“It wouldn’t have been right from a team’s point of view if I was named to start and then have to pull out and cause a reshuffle.

“So it gave everyone the best chance to prepare and play well. It just made sense. And I’m excited about coming off the pine and hopefully adding something.”

“It’s really how the game’s flowing,” he said. “It’d be nice if it’s later rather than sooner, but we’ll see on the night.”