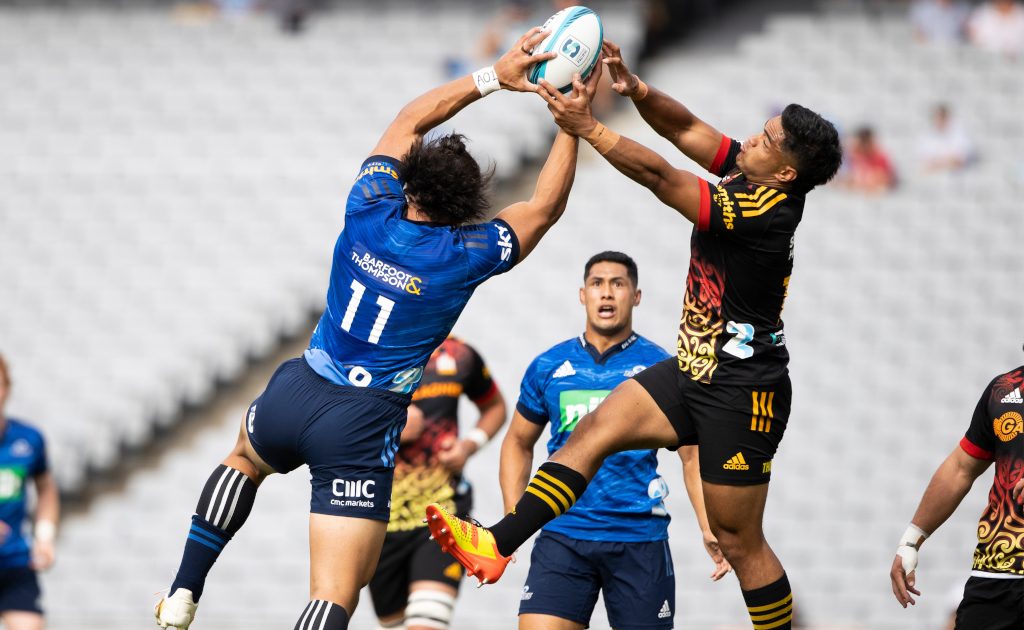 Chiefs playmaker Josh Ioane’s return to top form has been disrupted as he is a doubt for their clash with the Chiefs in Hamilton on Saturday.

Ioane produced his best display in Chiefs colours when they narrowly beat the Hurricanes 30-29 last weekend.

Unfortunately for Ioane, he had to leave the field on 58 minutes after taking a big hit from Jordie Barrett. After initially thinking it was a head knock, assistant coach David Hill explained it was a rib injury.

“It was a little bit of a rib issue, which is not ideal, but he’s pulled up alright today, so fingers crossed it’s not too bad. But you never know until all the scans are done and everything’s cleared up, so we’ll find out later on today,” Hill said to Stuff.

The All Black had just started his first two games of the season and showed his attacking prowess.

“His running game is a strength of his, and his ability to see the gap and take it, there were a couple of plays early on that went his way and he looked good,” Hill said.

“The weather was good so it was definitely in his favour, but he’s happy with how he went, he’ll take some confidence out of that.”

However, the Chiefs have depth at fly-half with Bryn Gatland finding some of his best form so far in this year’s Super Rugby Pacific.

“We’ve got two great 10s at the moment, so we’re blessed in that respect,” added Hill.

It is not all bad news as prop Sione Mafileo and second-row Tupou Vaa’i are once again available for selection as the Chiefs shift their focus to a tricky game against the Blues.

“It’s a game that we always look forward to,” Hill continued.

“The rivalry is clear, just geographically how close we are, and the history of the two teams, the history of Auckland and Waikato, we don’t need to talk about it too much because it’s there. And the players that come from outside our region, they’ll get explained it and know what it feels like.”