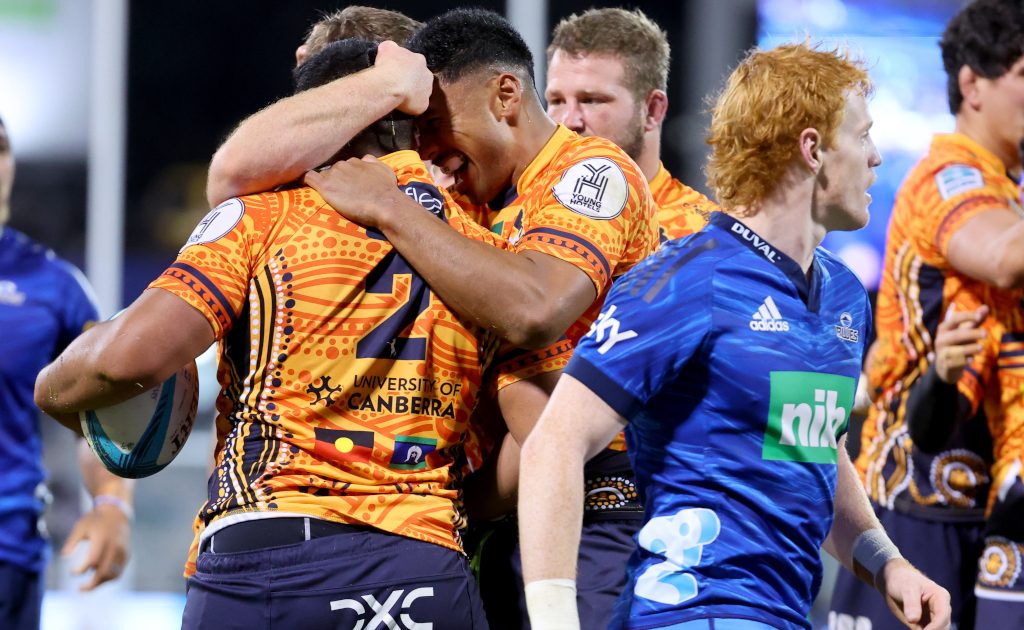 Brumbies head coach Dan McKellar has taken confidence from their encounters with the Crusaders and Blues, despite losing both matches.

The Canberra-based outfit have enjoyed an impressive campaign and reside in third position in the Super Rugby Pacific table, losing just three of their 13 games.

Two of those have come against the New Zealand giants, but their contests were highly competitive.

They were particularly close to overcoming the Aucklanders, leading 19-18 as the clock went into the red before Beauden Barrett slotted a dramatic drop-goal to snatch the win away.

“Whilst we’ve lost both games, we know that we’ve got the game to beat both the Crusaders and Blues,” McKellar said.

“Looks like they will finish top two, so we’ve got plenty to take out of it.

“We’ve just got to review this, park it, and move on, I’m just shattered. I thought our effort and attitude deserved better.

“We held them up at least three times in the first half, as I said I couldn’t be prouder of our group.”

The Brumbies were under pressure in the first half but showed incredible resilience to continually repel several waves of Blues attack.

“We would defend for so many phases, and then we will hold them up, and that’s a win,” captain Allan Alaalatoa said.

“And then we go again and hold them up again, and that’s a win.

“I think that whole first half we were just in our D-zone, and they scored one try at the end. It was a huge effort in terms of defence across the whole board.”