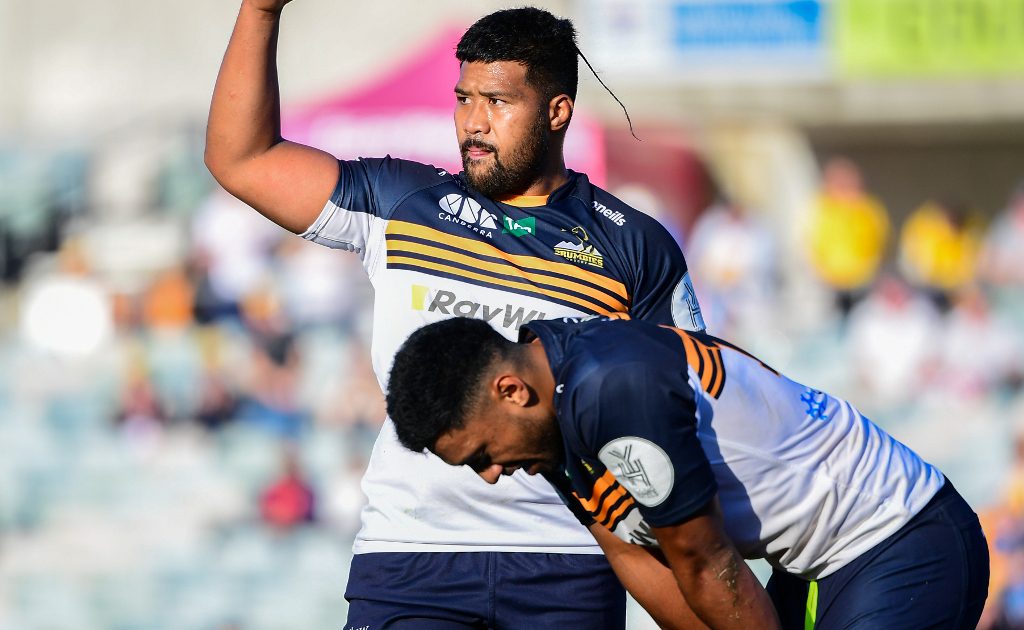 Wallabies Tom Banks, Folau Fainga’a, Scott Sio and Irae Simone are set to leave the Brumbies at the end of the current Super Rugby Pacific season.

This follows the earlier news that the Canberra-based club’s head coach, Dan McKellar, will also be departing to take up a full-time job with the Wallabies, starting with the upcoming series against England in July.

Loosehead prop Sio will part ways after playing at the Brumbies for 11 seasons and he has become only the fourth player – along with George Smith, Christian Lealiifano and Ben Alexander – to represent the club in 140 matches or more.

Full-back Banks joined the club in 2017 and made an immediate impact as he was called up to the Wallabies at the end of his first season and has already played 84 matches for the Brumbies.

Hooker Fainga’a joined the Brumbies from Sydney University in 2018 and has made 61 appearances for the club to date and has also played in 25 Tests for Australia.

Meanwhile, Simone arrived in Canberra in 2019 after he struggled to cement his place in the Waratahs’ starting line-up. He has done well with the Brumbies, however, and his fine form was rewarded with a Test debut in 2020.

“It’s always difficult to see both players and staff depart the club, especially this group who have contributed so well to the Brumbies but it is the nature of professional sport and life that people move on and it’s important to recognise them and to give our members, fans and other key stakeholders the opportunity to farewell those who have served the Brumbies so well,” said Brumbies CEO Phil Thomson.

“Dan has led and coached the team with the same high level of commitment and passion this season as every other season and the organisation cannot thank him enough for the rugby program he has contributed to and developed in his nine seasons at the club, and we wish him and Ed Hollis who also departs all the best as they shift back to their roles with the Wallabies.

“Scott, Tom, Folau and Irae have all left a lasting impression in their time at the Brumbies, all playing more than 50 games for the club and we thank each of them for their commitment and contribution to the team both on and off the field.

“It has been a privilege to have Scott as part of the organisation and to see him develop into a leader amongst the group from his time in the Academy to becoming a Wallaby and a world class prop. He will definitely go down as one of the special players in the history of the Brumbies.

“The team and the entire organisation are focused on finishing this season together on a high, starting with Saturday’s quarter-final against the Hurricanes which is a great occasion for our members, fans and key stakeholders to come out to GIO Stadium to support the team for what will be a very exciting and entertaining match.”