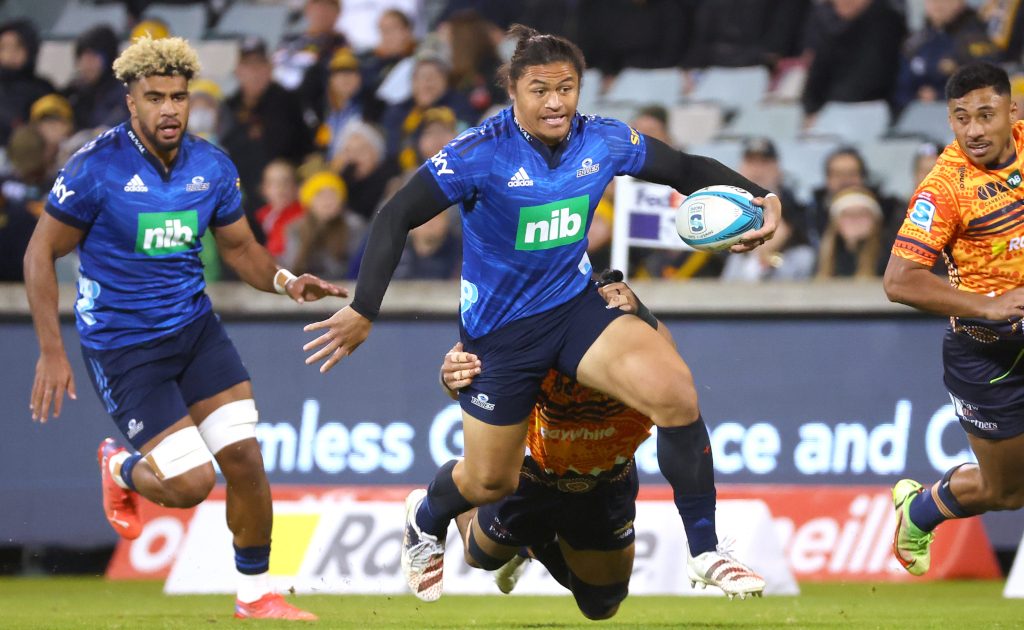 Blues wing Caleb Clarke was bitterly disappointed after leaving the field injured in their dramatic 21-19 win over the Brumbies in Canberra this weekend.

Clarke pulled up with a hamstring injury and was replaced after 53 minutes, leaving the field looking visibly distraught.

Blues coach Leon MacDonald says the flyer will be sidelined as hamstring injuries take time. The former All Black confirmed that Clarke is “gutted” with the poorly timed injury.

The game was finely poised at 19-18 in the Brumbies favour when Blues superstar Beauden Barrett spectacularly snatched the win with a drop-goal in the final play.

Brumbies captain Allan Alaalatoa felt his side had not had any luck from the referee and is expecting an apology in the coming days.

“I think some of those were our fault, but I reckon we’ll get an apology or something like that later in the week,” Alaalatoa said.

The Australian side slipped down to third behind the Crusaders with the Blues confirming top spot with the victory.

MacDonald admitted that securing their place at the Super Rugby summit was a huge motivation for both the players and coaches.

“That was a big focus for us, we really wanted to finish first,” he said. “That was a driver and this was a big challenge – one playing two, to be able to do that was always going to be huge for us.

“There’s a good chance the Brumbies are going to be there at the real pointy end of the season, so it was important we wanted to put on a good show.

“There’s a lot to be proud of. It wasn’t a perfect performance in terms of execution, but in terms of effort and hunger and a little bit of heart, that’s a 10/10 for me in a lot of those areas.”