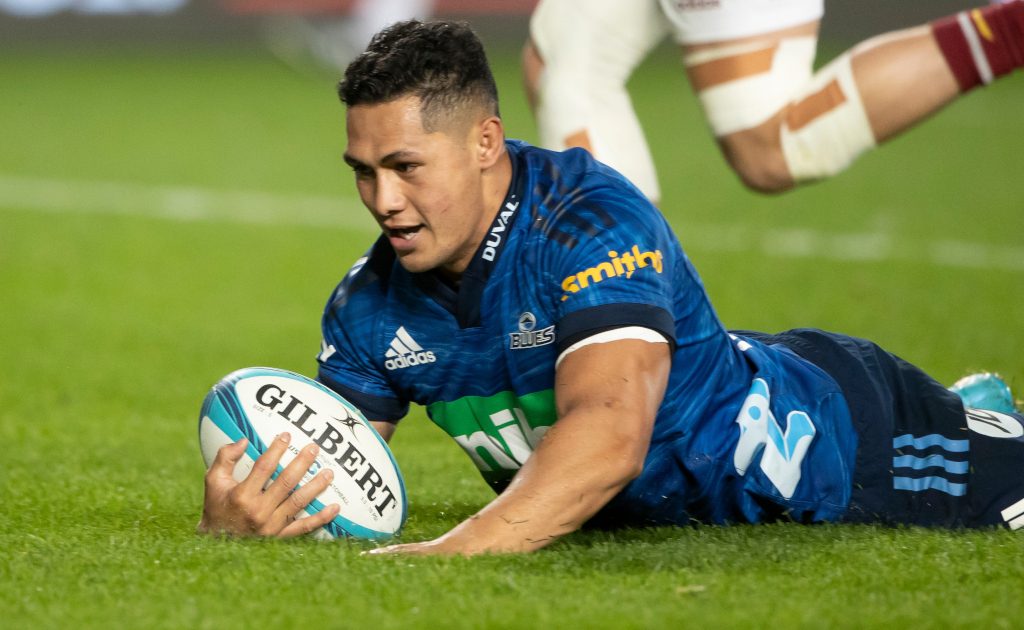 Blues head coach Leon MacDonald believes that rugby league convert Roger Tuivasa-Sheck is really starting to get to grips with the sport after his performance in the victory over the Highlanders.

Tuivasa-Sheck switched from the 13-a-side game at the start of the campaign and has adapted well, helping the Aucklanders to top the table.

The 28-year-old did have experience in union before he became a star in league having represented New Zealand at schoolboy level, but he has still had to reacquaint himself with some of the nuances.

“He’s not thinking about where he needs to stand, and what a spiral pass feels like. He’s thinking about playing rugby and gets his eyes up,” MacDonald told reporters.

“He gets excited when the ball is around him, and he wants to play. It gives guys like Beauden (Barrett) the chance to let it go.

“Now he’s starting to be demanding of people around him when they’re not moving or calling the ball. We need him to be that player. The leadership skills he’s shown for the Warriors, he’s starting to bring that confidently to the Blues now.”

The Blues dominated the regular season in Super Rugby Pacific and eased into the semi-finals with a 35-6 triumph over the Highlanders.

It was their 14th successive win and set up a clash with the Brumbies at Eden Park this weekend.

They are favourites for the encounter, where a win would take them to the showpiece event and give the Auckland outfit a shot at their first proper Super Rugby title since 2003.

MacDonald, however, is not looking too far ahead.

“That’s our best way of getting to a final. It’s a formula that works for us,” he said.

“The extra external noise is starting to ramp up a big, which is even more reason for us to hone in on what’s important.

“We played the Brumbies a couple of weeks ago, and that was a torrid game, especially around the breakdown, they were brutal in there.

“Some of the things we did (against the Highlanders), we probably won’t get away with next week, so we’re expecting a good honest review. It’s a big week for us to get it right.

“It’s going to be survival of the fittest. Three brutal play-off games are going to take its toll on every team, there are going to be injuries and guys will need to be ready to go.”