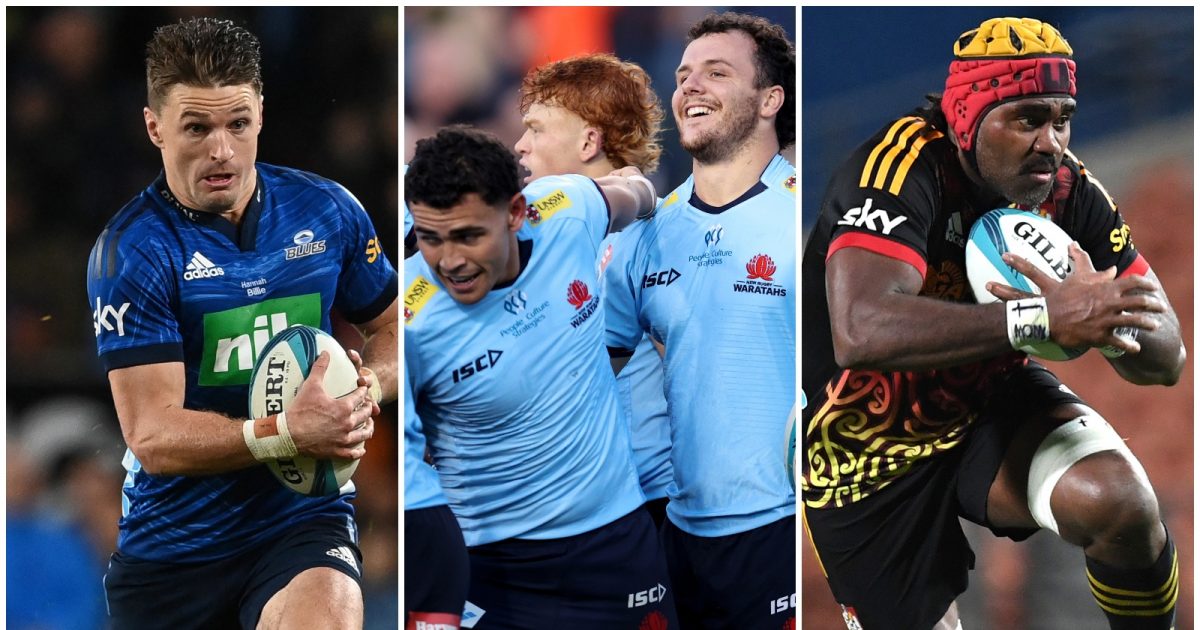 Following the conclusion of the Super Rugby Pacific season which saw the Crusaders win a 13th title, it’s time to dish out Planet Rugby’s awards.

After finishing as the top two teams during the regular season, there were several players from eventual winners the Crusaders and the Blues in the running for this award. Blues duo Stephen Perofeta and Dalton Papalii, as well as Will Jordan and Leicester Fainga’anuku of the Crusaders, deserve honourable mentions as they all played consistently well throughout the season but we’ve opted for Barrett, who showed, once again, that his playmaking ability is second to none. Although he battled with concussion and Covid-19 during the early stages of the season, the 31-year-old soon overcame those issues and when he was fully fit he was the driving force as the Blues finished at the top of the table and impressed during the quarter and semi-finals. Yes, he was outplayed by the Crusaders’ Richie Mo’unga in the final, but Barrett’s excellent skill-set was a joy to watch, with his ability to bring his dangerous outside backs into play brilliant throughout.

The spirit of rugby award: The Pacific derby

The expanded version of Super Rugby included Fijian Drua and Moana Pasifika, who added tremendous cultural value to the competition. In the moments during the build-up to the first-ever Pacific derby, both teams laid down the challenge with their respective war cries. The complete silence between the chants built an incredible atmosphere and the passion shown by the players was tangible. It is a true rugby moment where it is more than just players clashing. The newcomers added nothing but value to the competition.

With only two minutes left on the clock, the Blues led the Crusaders by four points in their Round Nine encounter in Christchurch. Star fly-half Mo’unga swung it out to a team-mate in acres of space. It looked to be a certain try only for lightning-fast Blues centre Rieko Ioane to cover impressive ground to make the initial hit on Dom Gardiner. Following behind his team-mate was ever-present captain Dalton Papalii, who added to the collision forcing the attacker into touch. Try-saving tackle. Game-saving tackle. Rugby is a game of inches, and every moment counts.

A rookie typically refers to a young star breaking through into the first-team set-up, but this season the award goes to 29-year-old Tuivasa-Sheck, who made a thrilling switch from rugby league to earn his first All Black call-up in his debut season. The inside centre is a freakish athlete and although he sustained an injury early on, he improved with every minute on the field when he returned to action and played a leading role during the Blues’ run to the final. It is alarming to think how good he could become by the 2023 Rugby World Cup.

The Chiefs packed down for a scrum five metres from the Highlanders’ try-line and near the left-hand touchline. Number eight Pita Gus Sowakula carried the ball from the base towards the blindside and cleanly hurdled the tackle attempt from All Blacks scrum-half Aaron Smith to score one of the strangest tries in recent memory. World Rugby clarified after the game that a player could not evade a tackle in that manner, but the damage was already done.

How good is this from Pita Gus Sowakula 🤩

Catch all the action live on Sky Sport

Fightback of the season: Hurricanes v Blues (Round Two)

The Blues seemed to be cruising to an easy victory over the Hurricanes as the Auckland-based side were holding a comfortable 32-14 lead in the 71st minute of their encounter at Forsyth Barr Stadium in Dunedin. The men from Wellington did not read the script, though, as they finished the match in style with star winger Salesi Rayasi leading the fightback. The 25-year-old and fellow wing Wes Goosen had scored tries for the Hurricanes up until then but the Blues initially dominated proceedings as Kurt Eklund (2), Caleb Clarke and Sam Darry crossed the whitewash. However, Rayasi led the fightback as he went over for two further tries in quick succession to seal his hat-trick. The Hurricanes were far from done and narrowed the gap to a point when their captain, Ardie Savea, crossed for their fifth try with Ruben Love adding the extras to snatch a remarkable victory.

The Sydneysiders came into Super Rugby Pacific having last won a competitive match in 2020 but, after firing head coach Rob Penney at the end of last year’s dreadful Super Rugby Trans-Tasman campaign, Darren Coleman took over the reins and he didn’t take long to improve his new team’s fortunes. The Waratahs ended a 13-match losing streak when they sealed a 40-10 victory over Fijian Drua in the opening match and they continued their upward spiral as the season progressed with several more valuable wins. The Waratahs reached their zenith when they beat the tournament’s eventual champions, the Crusaders, narrowly in Round 11 – their first win over New Zealand opposition since 2019. In the end, Coleman’s charges did well to win eight out of 14 matches and advanced to the quarter-finals where they bowed out to the Chiefs.

Meanwhile, it was a campaign which the men from Dunedin would want to forget in a hurry as they seldom hit their straps and were somewhat lucky to reach the quarter-finals after winning just four out of 14 matches during the league phase of the competition. Granted there were several obstacles over the course of the season with injuries, suspensions and a Covid-19 outbreak in the camp being the biggest drawbacks but, even when they were at full-strength, the Highlanders rarely looked threatening on attack. It must be remembered that they came into this tournament with plenty of optimism after finishing as runners-up to the Blues in Super Rugby Trans-Tasman in 2021, but things went pear-shaped in Super Rugby Pacific as they only managed wins against new sides Moana Pasifika and Fijian Drua – the tournament’s bottom-placed teams – and the Reds and Western Force. Newly appointed head coach Clarke Dermody has plenty of work to do.

Funniest moment – How to deal with a pitch invader

When the Blues faced the Rebels in May, a game the hosts ended up winning 71-28, someone thought it would be funny to run onto the field. However, one steward in particular didn’t take too kindly to his antics and promptly produced a textbook tackle to bring him to ground. It delighted the fans, who cheered the hit, and maybe would have left the ‘supporter’ regretting his actions after being smashed by security and then piled upon by the three that chased after him. We don’t condone people running onto the field but it can create comical moments and, at times, the pitch invader gets what they deserve.

Fijian Drua scored some absolutely wonderful tries in their first season of Super Rugby but the best came towards the end as Vinaya Habosi picked up the ball metres from own line. The winger, who enjoyed a stunning campaign individually, dipped under one tackle before surging past three more defenders. Although he was eventually halted, Habosi managed to brilliantly off-load to Ravouvou, who then displayed superb pace, strength and balance himself to shrug off the attentions of two Chiefs players to cross the whitewash, completing an incredible coast to coast effort.