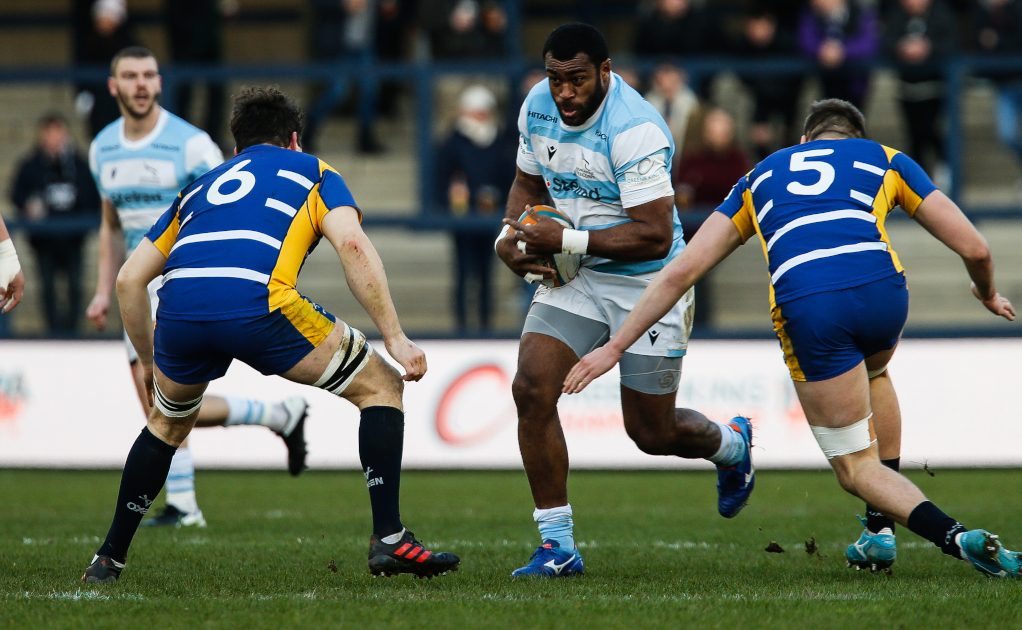 Nemani Nagusa has been named as captain of Fijian Drua by head coach Mick Byrne for the inaugural Super Rugby Pacific season.

The club based at Lennox Head in New South Wales, Australia, will be joined by fellow islanders Moana Pasifika as newcomers in the Super Rugby fold.

Nagusa, 33, is no stranger to the top level of the sport having represented Fiji on 18 occasions and captained a victorious Fijian 7s side to several victories. The loose forward has also plied his trade in Europe, most notably with Newcastle Falcons as well as in the Pro D2 in France.

With a strong work ethic and leadership abilities, Nagusa emerged as an obvious choice for Byrne who commended his approach from the outset.

“Nemani is a real leader and showed this from the start. We have all been working hard to prepare for our inaugural Super Rugby Pacific campaign and he has led the way for many of us, myself included. He has been representing the team to the Coaching staff out of his own initiative and eagerness,” Byrne said.

“Nemani commands the respect of the players, coaching staff and Club management. I’m very proud to have him as my right hand man and leader; he deserves this honour of being the first ever Captain of our Drua.”

Nagusa’s response to being thrown the captain’s armband was indicative of the character that earned it.

“I would like to thank the coaches and management for believing in me and giving me the opportunity to lead this talented young group of men and the first ever Super Rugby side from Fiji. It’s a huge honour. I am grateful to God and to my family for their unyielding support throughout my rugby career,” Nagusa said.

“When Coach first named me, I was a bit emotional. I just used to dream as a young kid of representing Fiji but never dreamt of leading a Super Rugby side from Fiji.

“I’m just happy; it’s a privilege to be part of the journey with the guys. We’re the youngest side in this competition experience-wise, but we believe in ourselves, we believe in our team, and we’ll do great things.”

Brian Thorburn, the CEO of Fijian Drua, claimed the selection of Nagusa as captain was a key moment in the club’s history.

“This is one of the biggest and most exciting developments in our very short history. Our ship, or rather, our Drua now has its first ever Captain. We have every confidence in Nemani and Mick as they steer our team to our inaugural Super Rugby Pacific campaign. Toso Drua!” Thorburn said.

Fellow debutants Moana Pasifika have also been preparing for the season ahead from their home base, MT Smart Stadium in Auckland, where they will welcome the Chiefs on Friday, February 4, for a pre-season clash that will be dedicated to Tongan relief efforts.

This follows the violent eruption of Hunga-Tonga-Hunga-Ha’apai island. All proceeds and donations from the game will be put towards Tongan disaster relief funds.

“For Moana Pasifika this game has special meaning, not only is it our first historic hit-out at our home base Mt Smart Stadium, but it will also be about supporting the Tongan community in these really difficult times,” Jones said.

“The Moana Pasifika family, the Gallagher Chiefs whānau and the wider community will show their love and support for Tonga in the aftermath of the catastrophic events that have taken place since the weekend. At times like this, we are all Tongan.”