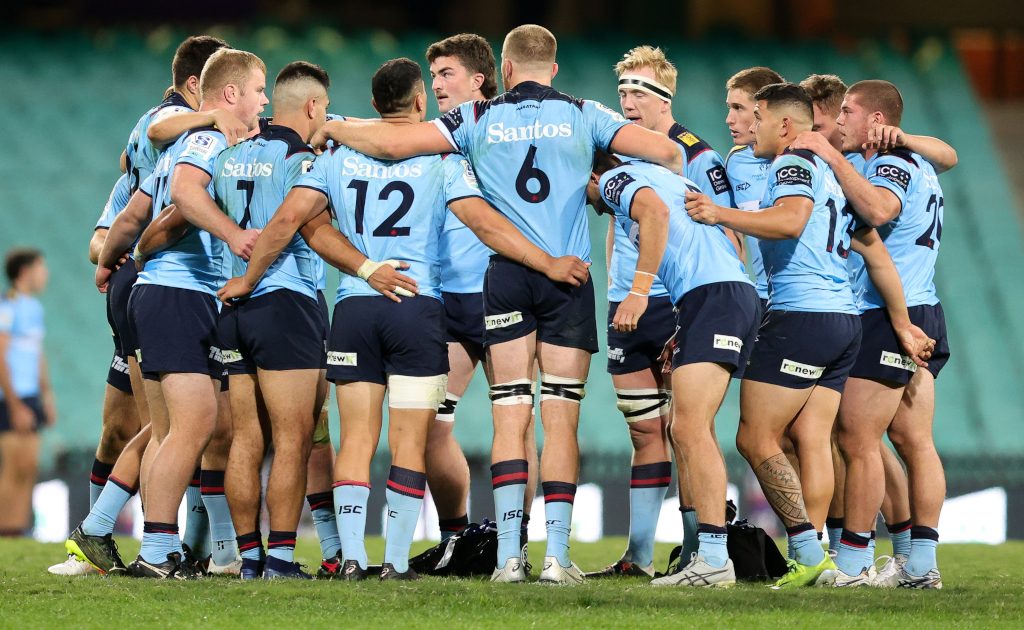 The Waratahs have signed Hamdan Tuipulotu and Geoff Cridge in an effort to bolster their forwards’ depth ahead of the inaugural 2022 Super Rugby Pacific season.

Tuipulotu, the younger brother of All Black Patrick Tuipulotu, signed for the Waratahs as a “project player” in the Extended Development squad and is excited at the opportunity ahead of him.

“The Waratahs are a world class team and I’m excited to be here. It was definitely an opportunity that I couldn’t pass up,” Hamdan said.

“From the outside looking in, the last few years seemed tough, but there’s so much potential here and a great coaching staff and I can’t wait to see what we can do on the field.”

Head coach Darren Coleman sees Tuipulotu as a prospect for the future with great potential to add value to the Waratahs’ wider squad.

“We had some unforeseen personnel losses at prop and needed to strengthen our squad in that area,” Coleman said.

“We liked what we saw from Hamdan and worked hard with Western Sydney Two Blues to bring him across to Sydney.

“We view Hamdan as a project player for the future and feel he will contribute strongly to not only our program but also the Western Sydney Two Blues and their resurgence in the Shute Shield.”

Cridge, a former New Zealand U20 star, joins Tuipulotu in making the trip across the Tasman to take his place in the Waratahs squad after representing the Hurricanes at Super Rugby level.

The addition of Cridge, 26, and the return of Jed Holloway means Coleman has strength in depth at lock.

The 26-year-old is chomping at the bit to play Super Rugby again after only playing provincial rugby in New Zealand in recent seasons.

“The last two years I’ve had off I’ve had an itch to play Super Rugby, so to get another chance here at the Waratahs is something I’m definitely going to make the most of,” Cridge said.

“There’s a good group of lads here, everyone gets around each other and stays really connected. No-one is bigger than the team and it’s a great environment to be a part of and I can’t wait for the season to start.”

Cridge put together a blockbuster season for Hawke’s Bay in the 2021 NPC, catching coach Coleman’s eye whilst taking home the award for the team’s best forward.

“Obviously I’m massive fan of the Shute Shield and it will always be my first port of call for talent – however it’s been no secret that within this team we have been on the lookout to find a high-quality tight head lock, and unfortunately we were unable to find one there,” Coleman said.

“He fits the type of player we need at the tight head lock position, bringing plenty of size and experience, and we’re excited to see him compete with the guys we have here in Jed Holloway, Max Douglas, Jeremy Williams and Hugh Sinclair.

“We’re also delighted that he’s decided to choose West Harbour as his Shute Shield club, where he will be a real asset to their rugby program.”