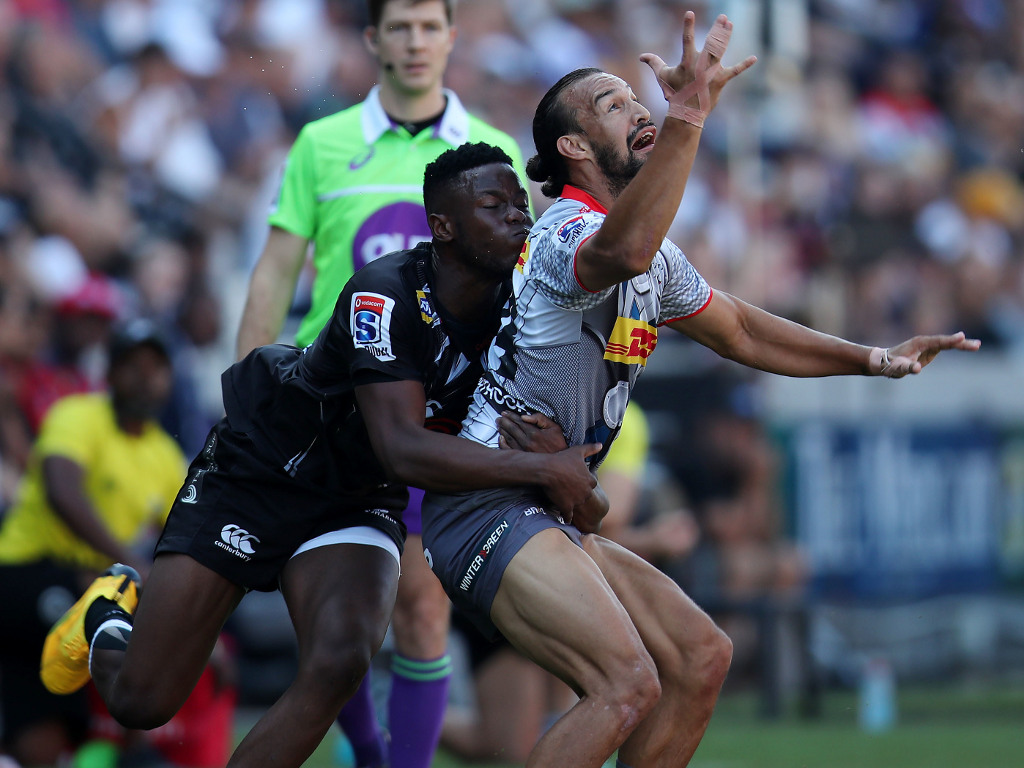 With Super Rugby suspended indefinitely, we’ve taken a look at the health of some of the nations in the competition. Last up, South Africa.

After the Boks’ heroics in 2019, in which they became the first team to win the Rugby Championship and World Cup in the same year, it’s fair to say that South African rugby headed into this season in a healthy state.

The feelgood factor had certainly returned to the game in the republic and there was an air of confidence amongst the country’s Super Rugby teams at the start of the 2020 tournament.

The form of the Sharks and Stormers during the early rounds has been impressive although, on the flip side, the nation’s two other sides in the tournament – the Bulls and Lions – have found the going tough.

Elsewhere, the two South African teams in the PRO14 have also been struggling, with the Cheetahs losing their way in the tournament’s latter rounds – before the break due to the coronavirus outbreak – while the Kings are firmly entrenched as the worst performing team in the competition.

Both those tournaments have been postponed indefinitely but, despite the poor form of the Bulls, Lions and Kings, the Boks’ success and the form of the Sharks, and to a lesser degree the Stormers and Cheetahs, have brought plenty of positivity to the South African game.

At Springbok level, there’s been changes with World Cup-winning head coach Rassie Erasmus stepping down from that role, with the team’s defence guru, Jacques Nienaber, taking over the coaching reins. Erasmus will continue in his role as SA Rugby’s director of rugby, a position which he has held since the beginning of 2018.

The Sharks are currently sitting pretty at the top of Super Rugby’s South African and overall standings with 24 points amassed after seven matches, having won six of those games.

The Durban-based outfit came into this year’s tournament refreshed under the leadership of new head coach Sean Everitt, who has transformed the team into an entertaining unit and players like Aphelele Fassi (full-back) and Curwin Bosch (fly-half) have shone as their best players.

After climbing a great hill, one only finds out that there are many more hills to climb ⏰ pic.twitter.com/ZbGoOcxr6E

Fassi has been one of the tournament’s best attacking weapons so far this season while Bosch, who played mostly at full-back last year, has starred after being picked in his favoured pivot position.

Bosch’s superb start to the season has helped him to become Super Rugby’s leading point-scorer and he has amassed 86 so far this season. He is 40 ahead of Domingo Miotti of the Jaguares, who is in second place, while Bok flyer Makazole Mapimpi is the tournament’s second highest try-scorer – along with five other players – after crossing the whitewash on five occasions.

Meanwhile, Fassi leads the tournament charts for metres gained (622) and is second highest for defenders beaten (33), sitting in fifth place for clean breaks (12) and made the third most carries (75). Although the tournament has only had seven rounds, if a Springbok team was selected on current form the 22-year-old would be first-choice to make his Test debut in the number 15 jersey.

Of the other teams, the Stormers have been next best but after a terrific start, in which they won their four opening matches, they have gone off the boil in recent weeks with defeats against the Sharks and Blues. The men from the Cape have been decimated by injuries to some of their best players during that period with World Cup-winning Springboks Siya Kolisi, Bongi Mbonambi, Pieter-Steph du Toit, Steven Kitshoff and Herschel Jantjies all currently sidelined.

There will be some things which will please their head coach John Dobson, though, with their forward play particularly impressive and the emergence of young back-rowers Juarno Augustus and Jaco Coetzee.

Overall, there will be plenty of optimism in South Africa about the state of their game and Erasmus deserves most of the credit for that. Although he is no longer coaching the Springboks, he has introduced a culture of excellence and continuity – something which was lacking before his appointment – and set up structures from which they can build.

With the British and Irish Lions set to tour the country in 2021, South Africa look well prepared for that challenge.