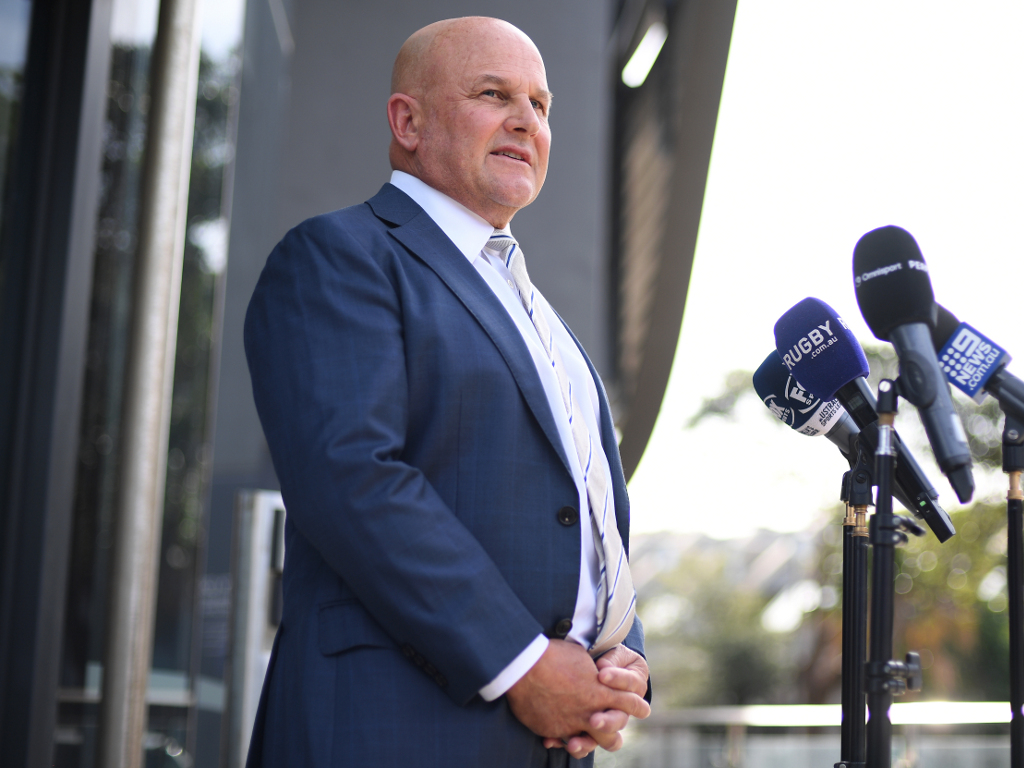 Rugby Australia has announced new plans for competitions, which includes an international Super Eight series, that would run from 2021 and beyond.

As well as the Super Eight idea, a State of Union series and a professional competition with five Australian teams whether it be domestic or trans-Tasman are all part of the proposal.

Rugby Australia will distribute documents to potential broadcast partners detailing the content they will provide in a broadcast deal ideally spanning through to 2025.

Rugby AU CEO Rob Clarke confirmed on Monday that the organisation had included options for both a trans-Tasman and a domestic Super Rugby competition.

The deadline for broadcasters to respond is September 4, after which Rugby AU will enter more formal negotiations.

Outside of a domestic or trans-Tasman competition and the Rugby Championship, Rugby AU will propose the inception of a State of Union series, like rugby league’s State of Origin, and a Super Eight Series.

That Super Eight Series would include the top two teams from the Australian, New Zealand and South African competition and, it is hoped, the top team from Japan’s Top League and South America’s domestic competition.

Beneath the professional offerings, the rights package also includes Shute Shield and Hospital Challenge Cup matches after Rugby Australia reacquired the rights for those earlier this year, premier schools matches and a previously touted national club championship to be held at the conclusion of the regular seasons.

Clarke described the offering as the most “largest and most comprehensive collection of rugby rights ever put to the market in Australia”, saying a “number” of broadcasters had shown interest in acquiring rugby rights.

“As I said right at the beginning, we need to make decisions in the best interest of rugby in Australia and we have had wide-ranging discussions with a number of organisations, both here in Australia and overseas,” he told rugbycom.au.

“I don’t want to go into specifics obviously but I’m confident that there are a number of interested parties based on the three months’ worth of work I’ve done up to this point.”

On the prospect of a Super Eight series, he added: “If the trans-Tasman competition happens it essentially fits into the window that we’ve slated around domestic pro rugby so you’d still have super eight sitting at the back end.

“We’d like to if at all possible have a Japanese team and a South American team involved in that.

“Whether it would be the top teams in the Top League in Japan and the winning team out of the South American league, we’d like to see if we could do that as well, to really start to just round out the Super Eight series.”