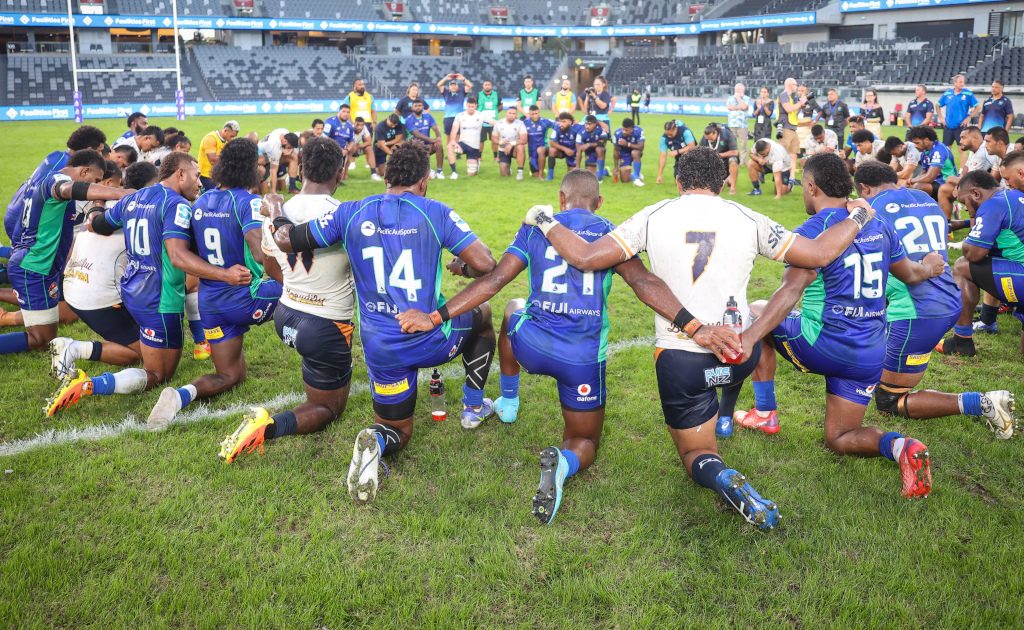 Ahead of Round 14 of the inaugural Super Rugby Pacific competition we bring you Super charged, our preview of what to expect this weekend.

An enthralling top-of-the-table clash awaits this weekend between the second-placed Brumbies and the rampant leaders of Super Rugby Pacific, the Blues.

The Brumbies are the best-placed Australian team, having enjoyed a very positive season, and lead the charge in trying to close the gap to the New Zealand sides. However, their title credentials took a hit last time out as they lost 37-26 to the Crusaders, who now sit level on points with the Canberra men.

At this stage, the Brumbies will likely secure a home play-off, where the concern comes in their inability to combat the biggest of teams. The Crusaders, by now, have built momentum again. Still, if the Brumbies want to consider themselves contenders for the title, there needs to be sharp decision making in the key moments, and game management needs to be perfect.

It is a perfect opportunity for the Canberra side to prove against the Blues that they have learnt and gained experience against the bigger sides because, come play-off time, they will need to be perfect or face being knocked out.

The Brumbies are a settled side playing fundamentally correct rugby that gives outside backs like wing Tom Wright the chance to be in space and exploit defensive lines. Young fly-half Noah Lolesio has a lot of responsibility against the Blues superstar Beauden Barrett, who needs no further introduction.

Indeed, the Blues are sparkling. Barrett has been his lightning best and is playing with the vigour of a player in their early 20s. Meanwhile, utility back Stephen Perofeta is surely an All Black bolter, comfortable at fly-half and full-back, while sharing playmaking duties with Barrett, much to the benefit of wings Mark Telea and Caleb Clarke.

Credit must go to captain Dalton Papalii, who has been tremendous with the armband and has his forward pack operating as a collective unit.

This Blues side has viscous potential with its high-paced, high-octane rugby riddled with creativity and flair. They are an absolute pleasure to watch and certainly the team to beat. It will be a tough ask for the Brumbies on Saturday.

The Highlanders seem to have started to find their feet after a rocky start to the season and sit in eighth place on the table after two strong wins against the Reds and Western Force.

Shifting Sam Gilbert from the wing to fly-half has proved a masterstroke as the 23-year-old has taken the move in his stride. However, Gilbert does benefit from the supreme service of captain Aaron Smith, who is starting to prove his worth in a leadership capacity.

Replacement scrum-half Folau Fakatava has been a revelation from the bench, bringing speed off the ground late in the game, and looks to be a real prospect for the future.

The forward pack has found some cohesion at set-piece time too, which has paid dividends. This is crucial because the platform laid by the forwards is essential to the quality and time on the ball for game-breakers in the backline.

Meanwhile, the Waratahs have looked sharp this season, and despite narrowly losing to the Hurricanes last weekend, the New South Wales side had the New Zealanders on the ropes at scrum time in the first half before the Hurricanes changed their entire front-row.

The forward pack will need to produce that performance again to contain the Highlanders side. The return of veteran and talisman Michael Hooper is a monstrous boost. Hooper’s consistent performances at all levels will place him amongst the best to ever pull on a Wallaby jersey.

Alex Newsome moves into the centres this week, again showcasing his versatility across the backline, having played wing and full-back already this season.

It will not be easy going for Smith’s Highlanders, but their upturn in form and development of confidence spells danger for the Waratahs. Expect a classic Trans-Tasman derby.

Crusaders wing Fainga’anuku is the Super Rugby Pacific top try-scorer with nine scores after a quickfire hat-trick against the Western Force in Round 12.

The Tongan-born speedster seems to have a complete skill-set at his disposal; a sharp turn of pace, excellent handling and an instinct for finishing that cannot be taught.

At only 22-years-old Fainga’anuku looks like a sparkling prospect for the future. Whether he is finishing off a well-worked team move or leaving defenders in his wake, the flyer is venomous and can be counted on to produce the goods.

The scary thought is that teammate George Bridge is likely the first choice for coach Scott Robertson on the left side, underlining the sheer depth of the squad. The frantic nature of the schedule this season due to Covid disruptions has forced coaches to dig deep in their squad.

Fainga’anuku’s form is a benefit of the rotation, and only time will tell as to the extent to which the Tongan will contribute in the play-offs.

Expect the young star to light it up again, and he will undoubtedly be a try threat as he looks to extend his lead at the top of the try-scoring charts.

Fainga'anuku has a first-half hat-trick – but this one was the best of the lot! 🤩

A great battle awaits on the wing when the top two teams in the competition face off this weekend.

Brumbies wing Wright is second in the try-scoring charts with eight tries. He has been electric for the Canberrans, showing his sublime running and solid ball skills. Last weekend, the Australian turned Crusaders Richie Mo’unga inside out on a clean break to score.

There is no doubt the speedster will be itching to get on the score sheet to catch up to Fainga’anuku. However, standing in his way is the robust figure of Clarke. The Blues wing is immensely powerful and fast off the mark with a hunger to cross the whitewash.

Clarke’s form was not to his high standard in the initial stages of the season, but the wing has found his groove in a beautifully functioning Blues backline. The 23-year-old’s attributes have the potential to be game-breaking if used in the right space and phase of the game.

The Blues flyer may have the physicality on Wright, but out on the touchline, it requires a complete skill-set to excel.

Expect a battle of lightning bolts slugging it out on the wide channels, both looking to hold their ground defensively whilst constantly being ready to sniff out any half chances.

Sport is one of the core components of culture and cultural identity. It is a celebration of talent through a competitive lens that draws people together to forget daily struggles and concerns to simply live in the moment.

The Pacific Islands are very patriotic and respectful. For many years, these islands have produced scores of world-class players, but few of these players have showcased their supreme talent in their home nations’ colours.

Of course, this is all changing. World Rugby’s eligibility law change allows players who have played less than 100 Tests and had a three-year stand down from Test rugby to represent another country.

Super Rugby Pacific adding Moana Pasifika and Fijian Drua to the fold has been another monumental step forward for Pacific rugby.

With these teams comes a cultural richness, passion and willingness for these players to put their bodies on the line for each other. These players go to war together; that’s their bond, that’s their goal.

Last week’s war dances before the Pacific derby between Moana Pasifika and Fijian Drua was another cultural showcase. Laying down the challenge respectfully and then going to battle for the 80.

Afterwards, the teams knelt together in a circle to pray. What a moment it was, and credit must be given to the competition for the valuable inclusions of these teams.

Culture round is a celebration of not only the new teams and Pacific heritage but also native heritage within Australia and New Zealand.

A fantastic initiative by the most culturally rich competition in the rugby world.