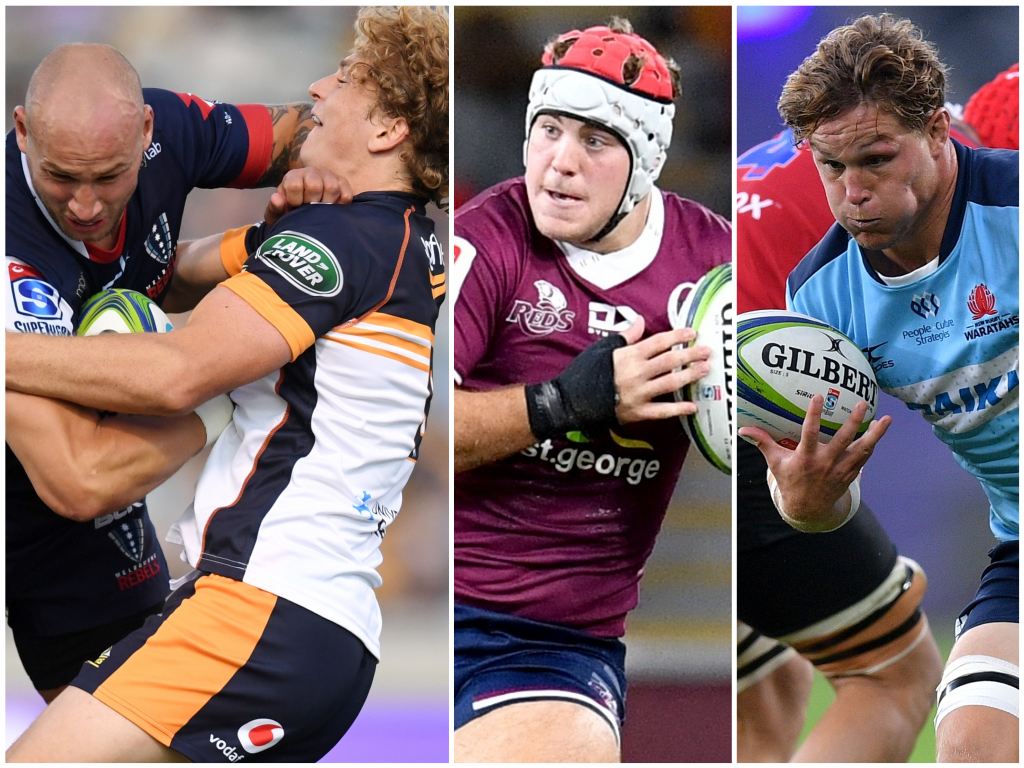 The top two from the Australian Conference in the curtailed Super Rugby season go head-to-head on Saturday looking to get this new campaign off to an ideal start. It should be a thrilling contest as the Canberra outfit’s powerful pack attempt to negate the visitors’ talented backline.

Dan McKellar’s men were the dominant force in Australia before the enforced break as they secured five victories in six, including a comfortable 39-26 triumph over this weekend’s opponents in Round Two.

It was an impressive display as they surged into a 24-0 lead after half-an-hour, scoring four tries to leave the men from Melbourne in disarray. Although Dave Wessels’ charges briefly threatened a comeback, reducing the arrears to 10 points with a quarter of the match remaining, the Brumbies showed their quality by seeing out the win.

The Brumbies are stacked with ability in the forward eight and it all starts in the front-row as James Slipper, Allan Alaalatoa and try-scoring machine Folau Fainga’a form a formidable unit. There is also the talent of Scott Sio to come off the bench and their threat in the set-piece will need to be watched closely if the Rebels are to challenge the hosts on Saturday.

Their scrum packs a punch while the maul is a similarly potent weapon, which is primarily why Fainga’a is a regular on the scoresheet. The Rebels are also missing a couple of crucial players up front and that may be the deciding factor at the GIO Stadium.

With number eight Isi Naisarani out injured and Luke Jones in Europe having signed a deal at Racing 92, those that start this weekend will have to produce a big performance. Should they manage to form a solid platform then there is talent aplenty to cause a shock, but the Canberra outfit look too strong in the key areas to suffer an opening round loss.

An electric start from @BrumbiesRugby proved the difference in Canberra, the hosts able to hold off the visiting @MelbourneRebels fightback, winning it 39-26. #SuperRugby #SR25 #BRUvREB pic.twitter.com/pletnIO0jC

The Highlanders will be determined to return to the victory trail when they host their South Island rivals in what should be a highly entertaining encounter in Dunedin on Saturday.

Despite struggling in this year’s truncated Super Rugby tournament, the Highlanders have been more competitive in Super Rugby Aotearoa.

After kick-starting their campaign with a hard-fought 28-27 triumph in Dunedin in the tournament opener on June 13, they returned to action against the Blues in Auckland last weekend. Although the Blues were favourites to win that match, Aaron Mauger’s charges pushed their more fancied opponents to the wire before suffering a narrow 27-24 defeat.

Although that result went against them, they gave a good account of themselves but know that they will face a daunting task against the Crusaders, who have won both of their Super Rugby Aotearoa matches so far.

The men from Christchurch started their campaign with an impressive 39-25 victory over the Hurricanes in Wellington before grinding out an 18-13 win against the Chiefs in wet conditions in Christchurch in Round Three.

It has been more than two years since the Highlanders and Crusaders last faced each other under the roof in Dunedin.

Last year’s encounter between these sides at the Forsyth Barr Stadium was cancelled in response to terrorist attacks in Christchurch, which happened one day before the scheduled match, and this year’s game was also called off after the Super Rugby tournament was curtailed due to the coronavirus pandemic.

The Highlanders head into this weekend’s encounter with some confidence in their ranks as the last time they played the Crusaders in Dunedin, they notched a 25-17 win early in 2018.

They have found the going tough in their subsequent matches against the 10-time Super Rugby champions, however. The Crusaders have won the last four games, although all of those matches were played in Christchurch and they claimed an easy 33-13 triumph earlier this year.

Player to watch – Will Jordan (Crusaders)

The 22-year-old only made his debut for the Crusaders during last year’s Super Rugby tournament but he has given a good account of himself and delivered numerous impressive performances.

Jordan was an instant success for the men from Christchurch and scored eight tries before sustaining a foot injury in their Round 12 clash at home against the Sharks. He recovered in time to be named amongst the Crusaders replacements during their Super Rugby final win over the Jaguares.

Equally at home at full-back or on the wing, Jordan hit the ground running in this year’s Super Rugby competition as he scored two tries in their opener against the Waratahs and continued to impress before that tournament was suspended due to Covid-19.

Jordan’s fine form continued in Super Rugby Aotearoa and although the Crusaders’ game against the Chiefs was played in atrocious weather conditions last weekend, with rain pelting down for most of that match, Jordan delivered an excellent attacking performance.

He finished that encounter with 98 metres gained from 10 runs which included two clean breaks, four defenders beaten and was rewarded with a brace of tries for his efforts. Crusaders fans will be hoping for a similar performance this week.

NEXT GENERATION | We take a look at some of our future superstars in Investec #SuperRugbyAotearoa.

This week it's @crusadersrugby fullback Will Jordan! How will he go under the roof against the @Highlanders on Saturday?#HIGvCRU pic.twitter.com/xcG1vj0xgb

Australia have never lacked, certainly in the modern era at least, a quality poacher in the back-row. First it was Phil Waugh and George Smith before David Pocock and Michael Hooper took the reins, and now there is Fraser McReight.

The youngster is unproven at senior level but the openside was utterly outstanding for the Junior Wallabies in the 2019 World Rugby U20 Championship. Pocock-esque with his ability at the breakdown but also quick and a very effective link man – like Hooper – McReight appears to have the combined traits of his predecessors.

He will duly have a chance to challenge himself against the best the country has to offer when he faces the current national team captain in Brisbane on Friday. Hooper has garnered an incredible 99 caps but is still only 28 and should be reaching his prime. The rest will have also done his body some good and it will be thoroughly intriguing to see how the apprentice fares against the master.

Subplot to watch – Who will break their duck on Sunday?

This could apply to the Australian sides this weekend, who are playing their first matches since their enforced break, but we are really looking at the Chiefs and the Hurricanes in the New Zealand competition.

They have played a combined five games but are yet to win in what has been a hugely disappointing start for both teams. It has been particularly frustrating for the Waikato-based outfit, who had performed well in Super Rugby earlier in the year. Recently, three successive defeats have left them scratching their heads as to what has gone wrong.

The Hurricanes are similarly in the doldrums, albeit they have played one fewer match, but this encounter offers the respective sides an opportunity to kick-start their campaign. Warren Gatland’s men have home advantage and they will expect to put in an improved showing after their poor 24-12 defeat to the Blues last time out in Hamilton.