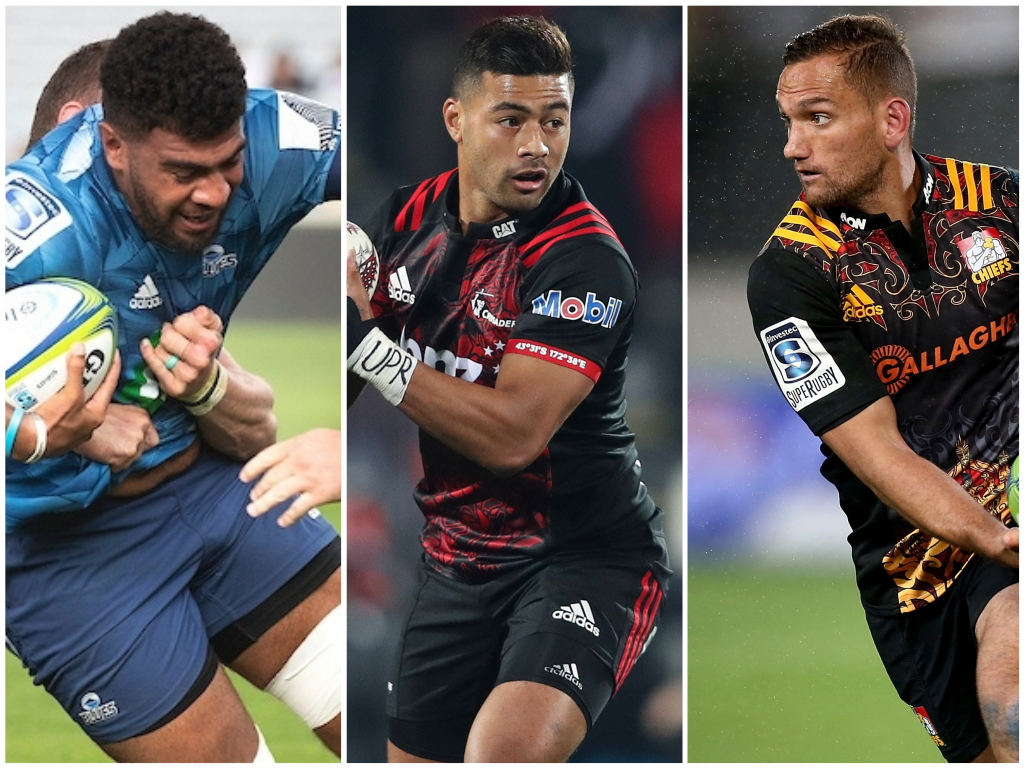 Making its return, we bring you Super charged, in which we preview the main talking points ahead of the Super Rugby Aotearoa action.

Despite kicking off their campaign with a deserved victory over the Chiefs in Round One, the Highlanders face a daunting task against a rejuvenated Blues team at Eden Park on Saturday.

After years of under achievement, Leon MacDonald’s charges appear to have turned the corner and, after impressing in the truncated Super Rugby tournament earlier this year, they have made an excellent start to their Super Rugby Aotearoa campaign by winning their opening fixtures against the Hurricanes and Chiefs.

In those victories, the Blues caught the eye with their attacking endeavour and a solid defensive approach in which forwards and backs combined brilliantly in both disciplines.

Up front, captain Patrick Tuipulotu and Hoskins Sotutu have led the way with strong performances in those first two matches, while the likes of Rieko Ioane, Beauden Barrett, Otere Black, Mark Telea and Caleb Clarke have also hit the ground running in the backline.

Although the men from Auckland are yet to secure a bonus-point, they head into this encounter sitting pretty at the top of the standings with eight points from two matches while the Crusaders and Highlanders are second and third respectively after playing a game less.

The Highlanders are fresh off a bye but they will be quietly confident of raining on the Blues’ parade as they are also unbeaten, albeit after just one match.

Aaron Mauger’s troops made a memorable start to their Super Rugby Aotearoa campaign in Dunedin, after snatching a last-gasp victory against the Chiefs courtesy of a well-taken drop-goal from Bryn Gatland in that game’s dying moments.

They started that game as underdogs but were competitive throughout and will be determined to build on that showing with another polished display away from home.

Over the years, matches between these sides have been evenly contested with the Blues winning 17 of the 33 previous matches played and the Highlanders being victorious on 16 occasions. The Highlanders have won seven out of the last 10 matches, however, but the Blues notched a 33-26 win when these sides last played at Eden Park, in a Round Six Super Rugby encounter in 2019.

TEAM LISTS | Two undefeated sides. Who you got? 🤷🏼‍♂️#SuperRugbyAotearoa pic.twitter.com/syW4BcFIbr

The Chiefs head to the South Island to take on the Crusaders on Sunday looking to end their barren start to Super Rugby Aotearoa following successive defeats in the competition.

After a positive beginning to Warren Gatland’s reign in the curtailed tournament earlier in the year, which saw them claim four victories in six – including one over this weekend’s hosts – they desperately need a win. It is unlikely to come this weekend, however, despite the result in February, with the Christchurch outfit beginning Aotearoa in fine style, beating the Hurricanes 39-25 in Wellington.

Following a penalty-laden opening period, Scott Robertson’s men, almost in typical Crusaders fashion, adapted well to the stricter breakdown interpretations in the second half and eventually pulled away.

They were clinical and held off a spirited challenge from the home team. The competition may have altered slightly due to the coronavirus pandemic but it appears to be the same old ‘Saders side. Having made their debut in Super Rugby Aotearoa last Sunday, a week after the other four teams, Robertson’s charges could have been caught cold, but instead they showed their quality to emerge with an impressive triumph.

Back at home, the South Island-based team will look to make it consecutive victories and put pressure on Leon MacDonald’s Blues at the top, who have begun the competition well.

The former New Zealand U20 representative was one of the standout players in this year’s Super Rugby tournament and has carried that form into Super Rugby Aotearoa where he has arguably been the best player up to now.

Although the more experienced Akira Ioane has been the Blues’ first-choice number eight for several seasons, head coach MacDonald sprung a surprise by picking Sotutu for their opening Super Rugby match against the Chiefs at the end of January.

The Blues lost that game but Sotutu gave a good account of himself and continued to shine during the rest of the campaign and started five out of their next six matches.

He has a vast array of skills, plenty of speed, great athleticism and also a handy option in the lineouts. In last weekend’s win over the Chiefs in Hamilton, Sotutu showed great strength and awareness to cross for the opening try from close quarters.

In difficult weather conditions, the 21-year-old delivered a fine all-round display, gaining 24 metres on attack from seven carries and ended the game with a joint game-high 15 tackles.

Although it’s still early days, on current form Sotutu would not look out of place in an All Blacks side and, if he continues to produce outstanding performances, he should be included in his country’s national team soon.

NEXT GENERATION | We take a look at some of our future superstars in Investec #SuperRugbyAotearoa.

This week, we can't go past @BluesRugbyTeam No 8 Hoskins Sotutu.

How will he fare against the @Highlanders on Saturday?#BLUvHIG pic.twitter.com/eKysWZyv7R

The current All Blacks fly-half goes directly head-to-head with a man that has garnered 50 caps and was a crucial part of the squad for seven years. Mo’unga has been a vital cog in the Crusaders’ wheel during their three recent title wins and started the Super Rugby season in typically excellent fashion.

Mo’unga continued that impressive form by guiding the Christchurch outfit to victory over the Hurricanes last weekend and will look to do the same on Sunday. The 25-year-old may not have the same experience in front of him, given the departures of Owen Franks, Jordan Taufua and Kieran Read, as well as the injury to Scott Barrett, but that doesn’t seem to matter for the ‘Saders.

Their development system churns out excellent youngsters season after season and they gave their pivot a solid platform to work with in Round Two. It will therefore be a significant challenge for Cruden to outshine his younger opponent having seen his side struggle for front foot ball in the opening two weeks.

The Chiefs man has shown plenty of classy touches since his return to New Zealand but this will be his biggest test of the year. Warren Gatland’s charges failed to gain the upper hand against the Blues and, while the interpretations should suit their pilfering back-row, it hasn’t translated into positive results.

Subplot to watch – pressure on Warren Gatland and Chiefs

There is no doubt that bringing in the former Wales and Wasps head honcho was an excellent decision and their form earlier in the year reflected that. In some ways, whatever happens in Super Rugby Aotearoa is irrelevant, given the unique circumstances that led to its inception, but they will want something positive from this campaign heading into next year.

Gatland will be absent as he prepares to lead the British and Irish Lions in South Africa, meaning that he will want to at least lay some solid foundations before his year away from the Chiefs.

Despite only narrowly going down to the Highlanders via a late drop-goal from Gatland’s son, Bryn, it was still a disappointing showing from the Waikato outfit, who would have expected far more.

Still, there was an opportunity to right those wrongs against the Blues, but once again it ended in frustration as they succumbed 24-12. Now they have the toughest challenge of all, which is facing the 10-time Super Rugby champions in Christchurch, and it is difficult to see anything other than a defeat for the visitors.

A good performance will at least put some building blocks in place going forward but they may well be set for another long 80 minutes.