Home News Super charged: Kata’s back and All Blacks showdown 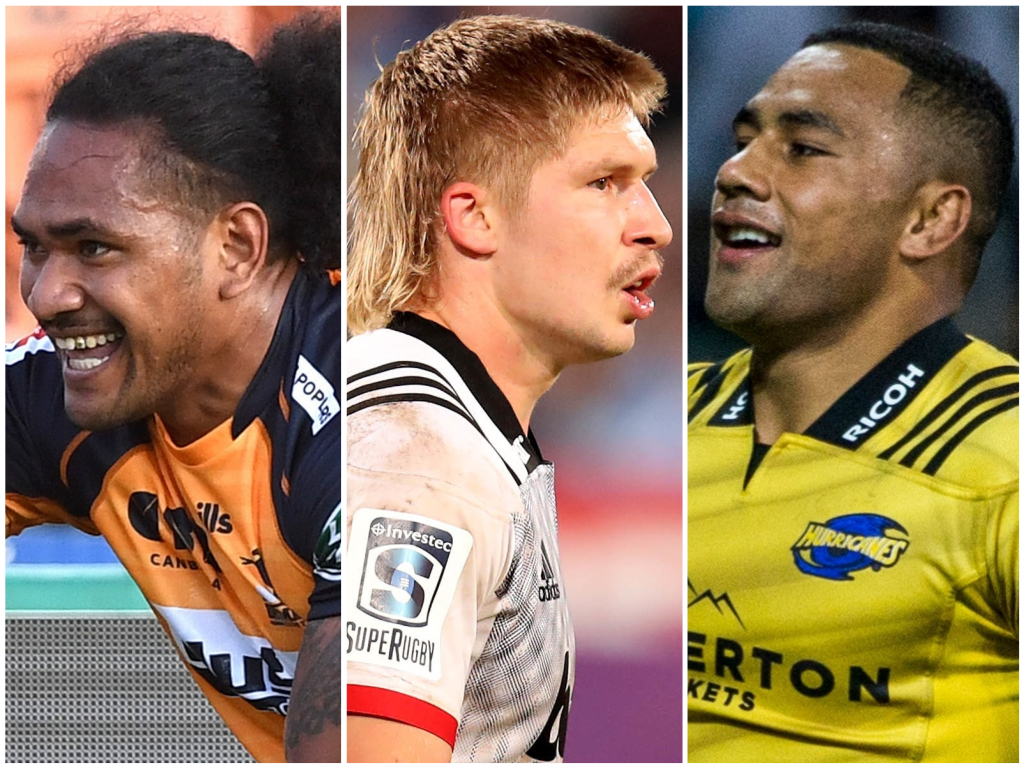 The Crusaders juggernaut returns from their bye to take on third place Hurricanes, who have found some form since a disappointing opening to the campaign.

Inspired by Ngani Laumape (more on him later) and Jordie Barrett, the Wellington outfit impressively overcame a much-improved Blues side 29-27 to secure their third successive victory in the competition.

It moved them to within touching distance of the Aucklanders, easing the pressure on the players and head coach Jason Holland, but a tilt at the title is unlikely.

The simple fact is that Saturday’s opponents are in a class of their own. Scott Robertson’s men have played a game fewer heading into Round Seven but are already five points clear and that could well be extended by the end of the weekend.

They appear unstoppable having already dispatched their two closest challengers, the Blues in Christchurch and the ‘Canes away from home. Although the quality that all New Zealand teams possess means that victories in Hamilton – versus the Chiefs – and Auckland are not guaranteed, an unbeaten Aotearoa campaign is very much a possibility.

With the best squad in the competition, which includes a number of up and coming stars, it is no surprise that the ‘Saders are so dominant. Having already defeated the Hurricanes once in this new tournament – a 39-25 triumph in the capital – they will fancy their chances of repeating the feat back at Orangetheory Stadium.

Although Super Rugby AU is still in its early stages, these teams will be desperate for victory when they get the weekend’s hostilities underway at Sydney Cricket Ground on Friday.

Both teams have made slow starts to the competition with the Waratahs winning just one out of three matches so far while the Rebels are still winless after two games.

The Waratahs suffered a 32-26 defeat to the Reds in their tournament opener in Brisbane before bouncing back with a 23-14 triumph over the Western Force in Sydney. That result gave them some confidence ahead of last weekend’s home encounter against the Brumbies but, despite holding the lead for long periods, the Sydneysiders suffered a narrow 24-23 defeat.

The Rebels are fresh off a bye this week but will be determined to get their campaign on track after losing their opening match against the Brumbies (31-23) in Canberra and drawing with the Reds (18-18) in their second game, in Sydney.

Over the years, the Waratahs have held the upper-hand in this fixture as they have won 15 out of the previous 18 matches against the Rebels, who were victorious on the other three occasions. However, the men from Melbourne notched a rare win (24-10) when the sides last met, in a Super Rugby encounter in Melbourne earlier this year, and in doing so ended a six-match losing streak against the Tahs.

The rugby league convert has overcome a hamstring injury and will make his Super Rugby AU debut when the Brumbies take on the Western Force at Leichhardt Oval in Sydney on Saturday.

Whoever convinced Kata to move to rugby union deserves plenty of praise as he made an impressive start in his new surroundings and was one of the Brumbies’ star players during the truncated Super Rugby tournament earlier this year.

Kata gained a reputation as a prolific try-scorer for the New Zealand Warriors in the NRL and, when he made the switch to the 15-man code earlier this year, there was pressure on him to do the same in Super Rugby. The 25-year-old did just that and his speed, power and finishing ability proved a handful for opposing defences as he scored five tries, despite only making six appearances.

After missing the opening rounds of Super Rugby AU, Kata will be champing at the bit to return to action and, if he receives the ball in space, don’t be surprised if he crosses the whitewash again.

A trial for the All Blacks 12 jersey perhaps? With the development of Braydon Ennor, who appears to have nailed down the 13 slot at the Crusaders, it seems as though Goodhue’s focus has shifted to inside centre.

It is not a surprise given the 13-times capped New Zealand international’s impressive all-round game, which makes him efficient in both attack and defence, but the ‘Saders man will have his hands full with Laumape this weekend.

Despite being rather anonymous in the early stages of Super Rugby Aotearoa, the 27-year-old was at his explosive best against the Blues, scoring a wonderful individual try and just generally causing havoc throughout.

Goodhue is renowned for his defensive qualities – as well as being an excellent attacker – but they will be tested by the powerhouse Hurricanes centre, providing the team’s forward eight can provide him with some space and front foot ball off set-piece.

Subplot to watch – The pain to continue for the Chiefs?

It has been an atrocious few weeks for Warren Gatland and the Chiefs. They had suffered four consecutive defeats going into last weekend’s encounter with the Highlanders, but appeared destined to claim a win.

Leading 31-7 in the early stages of the second half, surely Gatland’s men couldn’t throw this one away, especially after their one-point loss in Dunedin in Round One? But they duly did and increased the pressure on the former Wales head coach in the process.

Brad Weber’s comment that they were guilty of getting ‘bored’ in being so far ahead was odd given their current predicament, but no doubt they won’t make the same mistake again should they build up a healthy lead this weekend.

That, however, may be beyond them considering the Blues’ impressive year. Leon MacDonald’s men have been outstanding in 2020 and defeated the Chiefs 24-12 in June, which means that the Waikato outfit will have to improve significantly if they are to end their barren spell.