Home Super Rugby Super Charged: Great match-ups all round and the Pacific derby 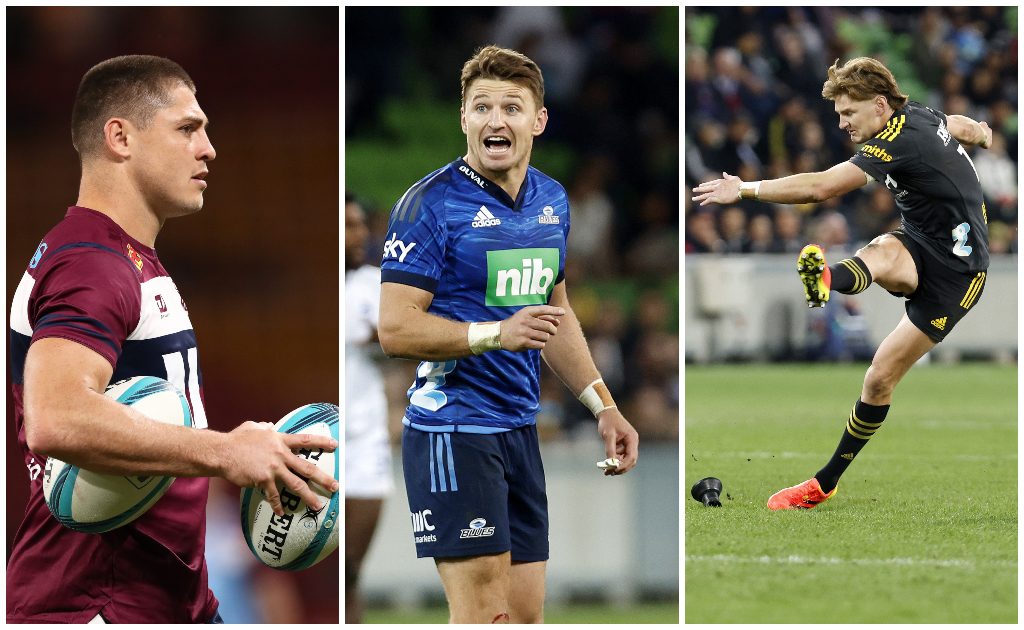 Making its return, we bring you Super charged, in which we preview the main talking points ahead of the next round of Super Rugby Pacific action.

The Brumbies have been tremendous in 2022, defying the odds and flying the Australian flag high as they sit in second on the table below the Blues. The Canberra men boast a perfect record against New Zealand sides having claimed wins over the Highlanders, Hurricanes and Chiefs.

Wing Tom Wright has been sublime, scoring seven tries in the campaign with 10 clean breaks to match. Meanwhile, Nic White has been at his oppressive best, controlling the pace of play from the base of the ruck.

The work up front has been key this season with a very settled, Wallaby-laden pack powering the Brumbies and providing the backline with the platform to express themselves and produce results.

The Canberra side are well oiled and well drilled, running high on confidence. Playing at home, this team will be hard to beat, even for the Crusaders.

On the other hand, the New Zealand outfit have not enjoyed a glittering season thus far despite sitting in third. Head coach Scott Robertson has instilled a winning ethos in the team over the last five years, so much so that it has been a shock to see the team not perform to its usual high standards.

However, the Crusaders are a team that plays the big moments and a team that should never be counted out. There is quality across the park and chief gamebreaker, fly-half Richie Mo’unga, will look to bring his potent outside backs into the match.

The Christchurch side will try to rush the Brumbies, and broken play is where the back three of Will Jordan, Sevu Reece and George Bridge come to the fore.

The forward pack is immense and will welcome the return of captain Scott Barrett from suspension.

It will be a thrilling clash with the Brumbies looking to solidify their position and prove their title credentials while the Crusaders are trying to claw their way back to the top.

The Waratahs have enjoyed a positive season, cutting a winless streak initially and building to a well deserved fifth position. Over the last games is where they have shown their worth with wins against the Crusaders and Moana Pasifika.

The side seems to have found their rhythm and balance under coach Darren Coleman. The pack is operating as a unit and captain Jake Gordon has led the side magnificently whilst linking up with young fly-half Tane Edmed efficiently.

Full-back Alex Newsome has been in great form and provides excellent stability at the back both with positional play and tactical kicking prowess.

The New South Wales side will be looking to kick on and claim another New Zealand scalp and maintain their momentum going into the all important play-offs.

By contrast, the Hurricanes will be disappointed with their performances thus far and the abrasive Savea brothers will be looking to impose themselves on the Waratahs to gain dominance in the collision zone.

Much like other New Zealand sides one cannot write off the Hurricanes and the men from Wellington will be looking to keep the game frenetic and outpace the Australian side. The forward pack needs to secure their set-piece better and try to use that as a platform to spring strike plays at the Waratahs defence. Jordie Barrett moves to centre to accommodate the exciting full-back Josh Moorby, who has looked a try threat whenever he has been on the park.

The Waratahs will be expecting a strong performance in their backyard but the Hurricanes are pushing for form going into the playoffs. It’s all set to be a gruelling battle.

Hurricanes utility back Jordie Barrett has shown improved maturity this year across all facets of his game in how he has seamlessly switched from full-back to centre where he starts this week. His ball skills have always been tremendous but Barrett has been applying them more accurately within the flow of the game.

The 25-year-old’s composure is off the charts, always seeming to have an extra moment to make decisions and do so effectively. Waratahs Lalakai Foketi is a physical player but he will have his hands full with Barrett playing opposite him.

Only nine points shy in the top scorer chart, Barrett has been solid off the tee this season. It certainly will be hard for All Blacks coach Ian Foster to ignore the value the versatile star can bring to his squad.

As a younger player, Barrett well and truly burst onto the international scene and produced outstanding moments, but the best of him is still to come. Talent has never been a concern, but couple that with a growing maturity and there is the makings of a gamebreaker through and through.

The All Black is the heartbeat of the Hurricanes backline, no matter where he is playing, and the competition’s top off-loader will be looking to get his hands through the tackle and play in teammates behind the gain line. Expect the star to dazzle on attack, be strong on defence and to rush the Waratahs throughout the game.

Blues playmaker Beauden Barrett was written off by many when concussion and Covid delayed the start of his season, thinking that the 30-year-old was getting long in the teeth – at least for All Blacks standards.

However, in typical fashion the superstar has been in incredible form, lighting up Super Rugby Pacific with his electric pace, all round skill-set and the sheer audacity to even attempt some of the feats he pulls off on a rugby field.

Fresh off a rest last weekend, the All Black will be ready to come back all guns blazing and will undoubtedly be a try threat. Barrett will hang back where possible, waiting for any inaccurate kicks to launch a counter-attack and with the venom around him in wings Mark Telea and Caleb Clarke, he will be prepared to finish even the smallest of chances.

Luckily for the Reds is the return of veteran James O’Connor at fly-half from injury. Since stepping in as a core member of the Queensland side’s leadership group O’Connor has grown from strength to strength.

Having made his debut in the competition as a teenager, his talent has never been in doubt but in recent times he has become a general for his side. O’Connor well and truly steers the ship – his decision-making has been excellent over the past two years – and his side will need every ounce of that this weekend.

O’Connor’s job is to keep Barrett at bay. His kicking needs to be pinpoint as anything loose will be punished. The same goes for distribution; accuracy is fundamental or the Reds will be punished by the best Blues team since 2004.

For the first time in history the two newcomers, Fijian Drua and Moana Pasifika, will clash in the beginning of what will surely be a fierce rivalry.

The inclusion of the sides marked another step forward for Pacific Island nations, who have become renowned for producing outstanding talent.

The cultural and patriotic foundation of the new sides has breathed life into an ageing Super Rugby concept and it is clear what it means to the teams and their fans.

Both will be looking to claim the first-ever bragging rights in the Pacific derby and it will undoubtedly be a spectacle filled with passion on the field and in the stands.

Buckle up for a physical clash laced with powerful running and thrilling off-loads.