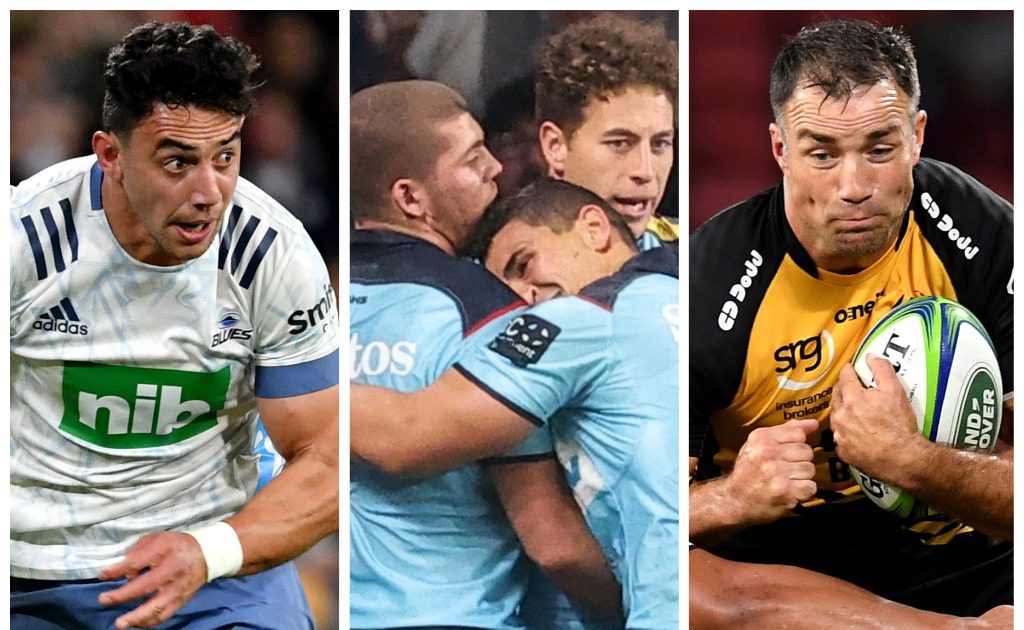 Before the start of the fifth round of Super Rugby Trans-Tasman, Planet Rugby previews the biggest talking points ahead of the action.

All roads lead to the Super Rugby Trans-Tasman final this weekend and it’s the Highlanders who will have first shot at putting themselves in the box seat on Friday. They take on a difficult task in the shape of the Brumbies on their own patch but, judging from Australian sides’ form of late, they should prevail.

Indeed, the Brumbies will be playing only for pride in this one after losing three out of their four games. However, finishing as the best Aussie team will be something they can use as motivation when they run out for their season finale. For the Highlanders they need a bonus-point win to put the pressure on their rivals for a final spot, the Blues and Crusaders. Currently they are sitting in second place, level on points with the latter and one point behind the former.

It promises to be a frantic contest at GIO Stadium as the Brumbies look to prove they are better than their form suggests. If they do, the Highlanders’ hopes will be hanging by a thread in a round that promises plenty of twists and turns. The big question is can the Highlanders manage the expectation ahead of them?

🐴//🤣 Come behind the scenes with @StanSportAU and Brumby number 28, Justin Harrison at the State of the Union!

Be at @giostadium on Friday night for our last game of 2021!

Super Rugby’s most successful side, the Crusaders, take on the Rebels in a fixture which was moved from Melbourne to Sydney due to Covid-19 restrictions.

Despite being one of only three unbeaten teams left in the competition – along with the Blues and Highlanders – the Crusaders head into this match knowing they have to be at their best and anything less than a convincing victory could prove costly in their bid to reach the final.

Head coach Scott Robertson and his troops’ main goal against the Rebels will be to claim a bonus-point win – something which they thought they had in the bag against the Western Force last week, until it was taken away from them courtesy of a late Jordan Olowofela try in a 29-21 triumph for the Christchurch-based outfit.

The Crusaders fielded an understrength team in that match and it backfired on them but Robertson has rectified that situation by recalling seasoned campaigners like Richie Mo’unga and Sam Whitelock as they aim to rack up a big score in their quest to reach the final.

Meanwhile, with the match moved from their home ground the Rebels know that they are overwhelming underdogs although they will be desperate to end their campaign on a high after losing all four their previous matches.

Injuries have ruled out experienced Wallabies Dane Haylett-Petty (head) and Reece Hodge (knee) for the entire Super Rugby Trans-Tasman campaign while they are also without the services of another experienced Test star in Matt Toomua (neck) which means this could be a long day at the office for the Melbourne-based outfit against what should be determined and focused opponents.

These two last faced each other Round 17 of Super Rugby in 2019 in Christchurch and the Crusaders dominated throughout before claiming a convincing 66-0 victory – a result which the Rebels will be hoping to avoid this weekend.

After being rested for last week’s win over the Waratahs, Smith’s return is a timely boost for this crucial showdown with the Brumbies in Canberra on Friday.

The heartbeat of both the Highlanders and All Blacks for several seasons, if the former are to make the Super Rugby Trans-Tasman final, Smith will be a major reason why as he will guide and lead by example. How he marshals a game is a sight to behold but we are consistently blown away by the crispness of his pass, which regularly puts runners over the advantage line. Smith fires the ball at pace and if his team-mates are willing options, he will send them through holes.

It won’t be an easy battle with the wily Nic White but with Smith on form and the prospect of a spot in the final up for grabs, expect the All Black to shine.

Aaron Smith back and a 6-2 bench maintained, as the Highlanders play for a spot in the #SuperRugbyTT Final.. #BRUvHIG https://t.co/IgBR6sFxkB

Two New Zealand stalwarts are set to collide in Auckland this Saturday as Heem takes on Kahui. The former Chiefs duo are exceptional backline players who tick every box in terms of attacking threat and defensive nous, with both coming towards the twilight of their rugby careers being 32 and 36 years old respectively.

However, neither show signs of slowing down with Heem in particular in fantastic form with ball in hand. The ex Worcester Warrior and Toulon winger is such a handful in possession and has proven to be a brilliant signing by the Blues as they push for Super Rugby Trans-Tasman honours, crossing four times thus far.

Kahui though, as mentioned, is a superb defender so Heem will have his work cut out getting one over his fellow New Zealander. It should be a fascinating duel.

Subplot to watch – How will the injury-hit Waratahs cope?

The Waratahs are one of the traditional powerhouses of the Australian game but they have battled to hit their stride in 2021 and face a daunting challenge at home against the Chiefs on Saturday.

A defeat for the Sydneysiders will be memorable for the wrong reasons as it will be the first time in 35 years of professional rugby they finish the season without a win.

Apart from their poor form, the Waratahs’ annus horribilis has been compounded by an injury crisis with up to 20 players unavailable for their clash due to various knocks and ailments.

Last weekend, during their humiliating 59-23 loss to the Highlanders, captain Jake Gordon (knee), Dave Porecki (calf) and Darcy Breen (neck) picked up knocks which ruled them out of their clash with the Chiefs.

So, with their backs to the proverbial wall, and with several inexperienced players in their ranks, the Waratahs have it all to do if they want to finish their season on a high and it will be interesting how they approach this encounter against their opponents who are one of the tournament’s best attacking teams.

Time to finish strong 👊 Our team to take on the Chiefs at Brookvale Oval this Saturday night for our last game of the season. Read more: https://t.co/jJ6X8OAm9w