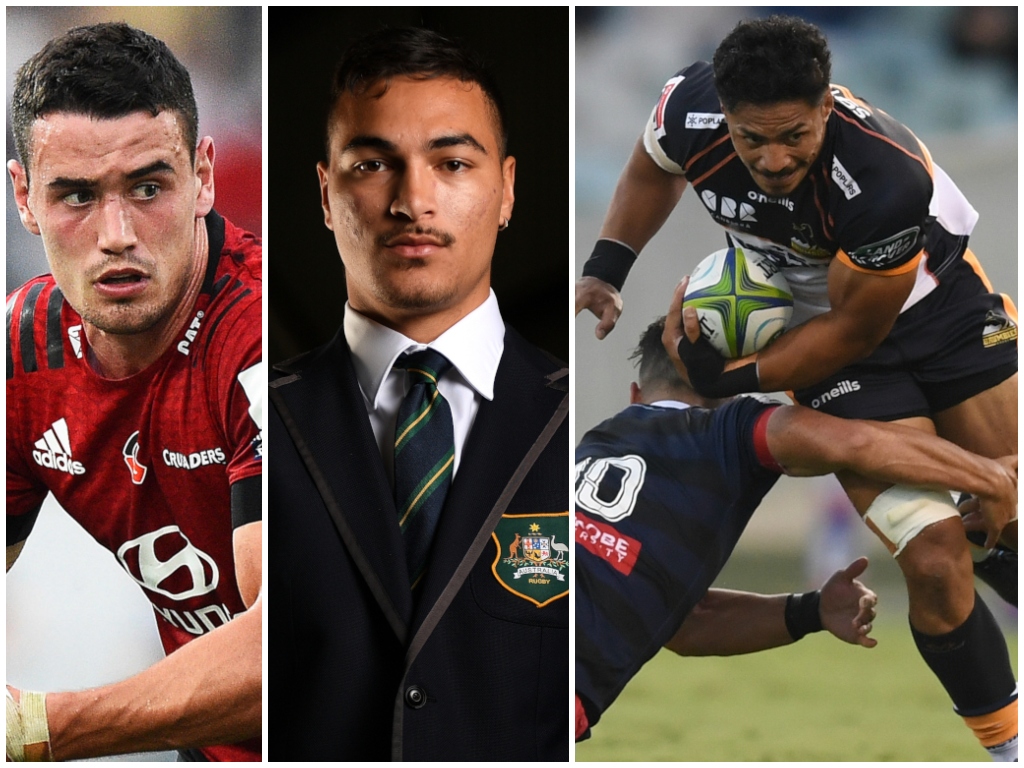 It is a simple equation for the Crusaders this week; win and they claim the title. With Scott Robertson’s men two points clear of the Blues, they can make sure of continuing their incredible run of success by beating the Highlanders.

The Aucklanders have been valiant competitors during Super Rugby Aotearoa but the Christchurch outfit will expect to get the job done against the Landers on Sunday. While Aaron Mauger’s charges have battled hard throughout, claiming narrow victories over the Chiefs in the process, they just don’t have the quality of player that the hosts possess.

All Blacks great Aaron Smith has been utterly brilliant over the past two months but he has been their only world-class performer. You cannot doubt their endeavour and under Mauger they appear well coached, but they should struggle against their South Island rivals this weekend.

Although the Saders have not necessarily been at their best in Aotearoa, culminating in their first home defeat in over four years, they have regularly found a way to emerge triumphant.

The reverse fixture was a classic case of the Crusaders outlasting their rivals. The Landers were impressive and were well in the game going into the latter stages. They were just 26-20 down following a Sevu Reece score but the visitors pulled away with Tom Christie and the exceedingly talented Will Jordan going over.

That 40-20 loss was cruel on Mauger’s men but it is perhaps a warning sign for Sunday’s clash should they get too loose. The Crusaders are clinical, particularly in the final quarter, and have the title in their sights, so Robertson will expect his team to overcome the Highlanders.

😲 Will Jordan is a special talent. 🔥pic.twitter.com/qtKxOabo4F

There will be lots at stake when these two sides go head-to-head in what promises to be a tightly contested encounter in Round Six’s opener in Sydney on Friday.

The Rebels head into this fixture in a rich vein of form and will be chasing their third successive victory – after beating the Waratahs and the Western Force – but face a tough challenge against a confident Brumbies side.

A win for the Melbourne-based side will be like manna from heaven for them and the other teams in the competition as the Brumbies are setting the pace at the top of the Super Rugby AU table after winning all four of their matches in the tournament.

The men from Canberra have notched 18 points so far with the Reds in second position on 11 points and the Rebels third, one point adrift.

Beating the Brumbies is easier said than done, however, as they are a side who play for the full 80 minutes as illustrated in last weekend’s 22-20 win against the Reds when they clinched the game courtesy of a last-gasp penalty from Mack Hansen.

Despite their opponents’ unbeaten record, the Rebels will be quietly confident of causing an upset as they have won four out of six matches against the Brumbies in recent years. Four of those victories were on the trot in 2018 and 2019 but the last match between these sides saw Dan McKellar’s men claim a 31-23 victory in the corresponding Super Rugby AU fixture in Canberra last month.

They had to work hard for that triumph, however, which was secured in the game’s closing stages courtesy of a try off the back of a lineout drive from Will Miller.

After returning from injury with a good showing off the bench against the Brumbies last weekend, the 20-year-old sensation gets his opportunity to start. It is perhaps not in his favoured position at outside centre but Hunter Paisami’s excellent form means that he will just have to wait a little longer.

Instead, Chris Feauai-Sautia’s injury sustained in the 22-20 defeat in Canberra, a calf issue which allowed Petaia to have an earlier than expected appearance, gives the Australian starlet a chance on the wing.

Having endured an injury-stricken couple of years, hopefully the Wallaby representative will get a good run for both his franchise and the national team, starting with Saturday’s encounter with the Waratahs.

He has all the physical attributes, which combines incredible pace and balance with plenty of power, to be a world-class performer, but the back also has an impressive temperament and superb rugby brain. Petaia was a surprise starter in last year’s World Cup quarter-final but was one of their better performers in the 40-16 loss to England.

👏 It was a Jordan Petaia masterclass in Canberra but it wasn't enough for @Reds_Rugby. #SuperRugbyAU #BRUvRED

There is plenty of interest in this duel between these two Wallaby number eights as it will be a battle of contrasting styles.

After a long injury lay-off, Naisarani returned to action against the Western Force last weekend and he made an immediate impact by scoring the match-winning try in that fixture.

The 25-year-old’s direct approach proved effective as, apart from his try, he gained 52 metres from 15 carries which included one clean break, two defenders beaten and an offload.

He faces a tough adversary in Samu, who prefers running into space, and the 28-year-old’s ability to shine in the wider channels makes him the perfect link between forwards and backs.

Although he did not cross the whitewash in his team’s win over the Reds, Samu caught the eye with a hardworking performance and he finished that match with 33 metres gained from 10 runs with two clean breaks, three defenders beaten and a couple of offloads.

Both Naisarani and Samu are also adept defenders and excellent at the breakdown, although the Brumbies man’s groundwork is slightly better and he will be hoping to give his side the edge with a strong performance in that department.

Subplot to watch – Last chance for the Chiefs

It is has been a dire couple of months for Warren Gatland and his side, but it could get even worse when they take on the Hurricanes in their final game of Super Rugby Aotearoa.

The year all started so positively after they began with successive victories in Super Rugby, including an impressive triumph over the Crusaders, but it has all gone wrong since the enforced break.

Seven defeats in a row has unsurprisingly left them rooted to the foot of the table and they are duly desperate to end the campaign with a win. They have not necessarily been outclassed since the start of Aotearoa – five losing bonus-points is testament to that – but the Chiefs have failed to find that clinical edge.

Going through the competition winless would be bordering on embarrassment for the Waikato outfit and raise questions of the head coach, who will miss the 2021 campaign to lead the British and Irish Lions in South Africa.

Warren Gatland is being excused because the Chiefs are “unlucky” and the referees are making mistakes. Is it that simple? Their set piece is poor and Brad Weber is not playing as well as he can – perhaps because of that.