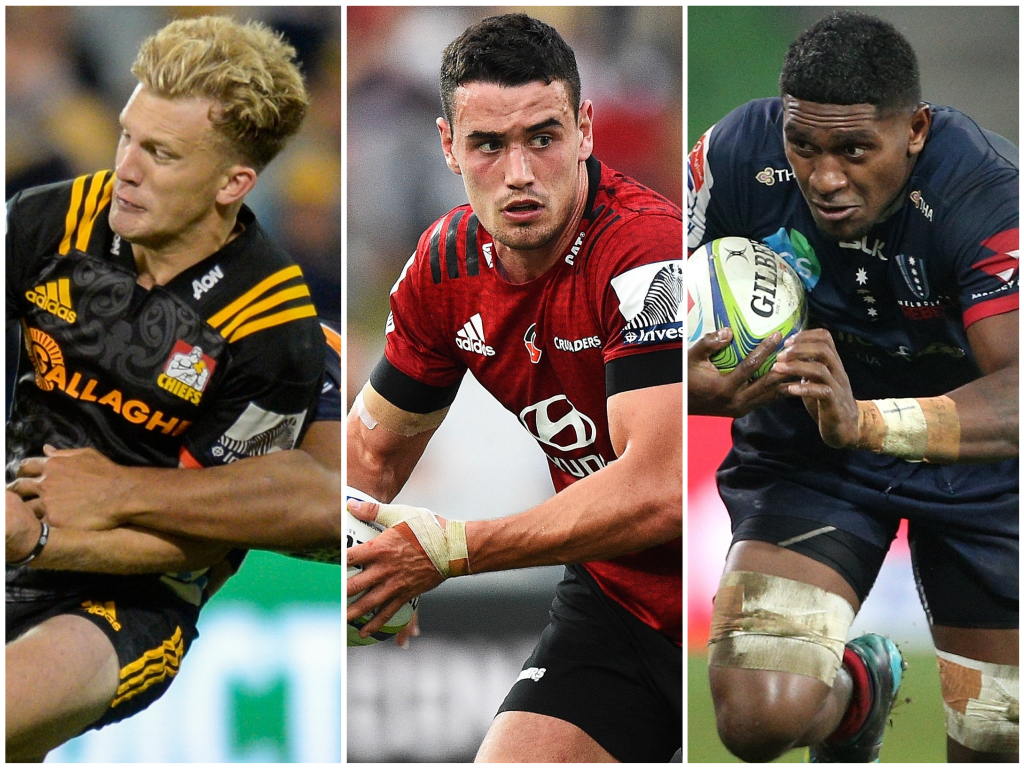 It is bottom v top in Hamilton this weekend as the winless Chiefs aim to upset the Aotearoa title favourites Crusaders, just like they did earlier this year.

In Round Two of Super Rugby, Warren Gatland’s men secured their second successive victory of that competition by claiming a 25-15 triumph over the Christchurch outfit. They would go on to win two of their next four as they finished the curtailed tournament in a solid fifth place, but it has been all downhill since the restart.

Six consecutive defeats has seen confidence dissipate while pressure has been placed on head coach Gatland, who only took the reins ahead of the 2020 season. His team improved against the Blues after going down 21-17, but the desperation was evident in the latter stages of that encounter and it cost them.

The Chiefs pressured the Aucklanders’ line late on, looking for the score which would give them a priceless win, but it ended in disappointment as their errors, combined with the hosts’ solid defence, saw them go zero from six.

A match with the defending Super Rugby champions is perhaps not what you want after that galling loss, but there is a suggestion of fallibility in the Saders’ ranks at the moment. Scott Robertson’s charges were stunned by the Hurricanes last week, succumbing to their first home reversal since 2016, and that will give Gatland’s team hope.

However, great sides, which is what this Crusaders outfit are, tend to react to such results positively and it could help them in the long run. Their performances haven’t been perfect throughout, despite residing at the top of the table, and this may refocus their minds heading into this clash.

The Brumbies will be keen to continue their impressive start to the Super Rugby AU campaign but they face a stern challenge against a much improved Reds side in Canberra on Saturday.

With both sides being unbeaten, and it being a top-of-the table clash, there is plenty of interest in this fixture in Australia. The home side have hit the ground running in this competition and will be determined to build on last week’s 24-0 triumph against the Western Force in Sydney.

Prior to that, the Brumbies also impressed in their tournament opener against the Rebels, which they won 31-23 in Canberra, before securing a come-from-behind 24-23 victory over the Waratahs in Sydney.

Meanwhile, the Reds have gone about their business in a quiet but efficient fashion and are currently four points adrift of the table-topping Brumbies in the standings.

Brad Thorn’s charges made a positive start to the tournament courtesy of a hard-fought 32-26 win over the Waratahs in Brisbane. That was a momentous result for the Reds as it ended an 11-match losing run against their arch rivals which goes back to 2013. Their next match against the Rebels finished as an 18-18 draw in Sydney but they returned to the victory trail when they beat the Western Force 31-24 in Brisbane a fortnight ago.

Although they are a young and relatively inexperienced side, the Reds have evolved into a competitive unit. This match should give Thorn a good indication of his side’s development as the Brumbies are Australia’s premier side and the men from Canberra are currently on a two-match winning streak in this fixture.

Their last match against the Reds was in Super Rugby earlier this year and on that occasion they were made to work hard before notching a 27-24 triumph in Canberra.

Having missed the start of Super Rugby AU because of a serious hamstring injury, the talented Wallabies number eight will make his competition debut against the Western Force in Sydney this weekend.

The team are on a relative high after overcoming the Waratahs 29-10, which keeps them in contention for the title. Despite an opening round loss to the Brumbies, the Melbourne-based outfit are undefeated since then and Naisarani could provide the missing piece of the jigsaw.

Michael Wells, who is an industrious back-rower, has done a fine job in his absence, but the powerhouse Australian international adds that sheer power which will give them consistent front foot ball.

Of course, match fitness may well be a problem, particularly for something as debilitating as a hamstring issue, but a match against the winless Force may well be an ideal opportunity to get back up to speed.

Who else is pumped to see Isi Naisarani debut for the #Wallabies against South Africa tonight?!#RSAvAUS
⏰: 1:05am AEST
📺: FOX Sports Australia, Channel 10 and Kayo Sports
📻: https://t.co/dpMz6YTzqU pic.twitter.com/iR2eznM3e0

All eyes will be on these two excitement machines when the Chiefs host the Crusaders in what should be an entertaining Super Rugby Aotearoa derby in Hamilton on Saturday.

McKenzie is the more experienced of the two and, although the Chiefs have lost all six of their matches in the tournament, it was not through a lack of effort from the All Blacks full-back, who has been one of his team’s best players.

McKenzie’s ability with ball in hand is well documented and he will be at the forefront of the Chiefs’ attacking forays against the high-riding Crusaders. He has also shone as a goalkicker and is currently the second highest points-scorer – behind Crusaders fly-half Richie Mo’unga – with 63 points.

In Jordan, he faces a brilliant player who has taken this competition by storm with several outstanding attacking performances. Despite finishing on the losing side against the Hurricanes in Christchurch last weekend, the 22-year-old finished with a game-high 161 metres gained from 15 runs, which included one clean break, seven defenders beaten and two offloads.

That effort means Jordan has gained the most metres (505) after seven rounds of Super Rugby Aotearoa action, at an average of 119.9 metres per game. McKenzie is not far behind, however, in third place with 378 metres gained but he has only gained 66.9 metres per match so far.

The last time these teams met, Jordan came out on top in a tight tussle and this try helped his side to a narrow 18-13 win in Christchurch last month.

Subplot to watch – Aotearoa to go to a final day showdown?

Although the Hurricanes’ victory over the Crusaders may not have left the door wide open for them and the Blues, it has certainly kept it ajar. The Christchurch outfit are still heavy favourites and will win the title should they emerge victorious in their final three matches, but that result last weekend has certainly kept it interesting.

How will Scott Robertson’s men react in Hamilton? That is the question people will be asking. Should the game go the same way as it did in February then the Blues will sense their opportunity to go to the top of the table.

Even a narrow victory for the South Islanders against the Chiefs will keep the Aucklanders in the contest, providing Leon MacDonald’s charges get the full five points versus the Highlanders. However, MacDonald is also relying on the Crusaders not defeating the Landers with a bonus-point in Round Nine while they are on their final bye.

Should that happen and the Saders garner at least nine points from their next two matches then the competition is over but, if not, it could set up a thrilling final day showdown between two arch rivals.