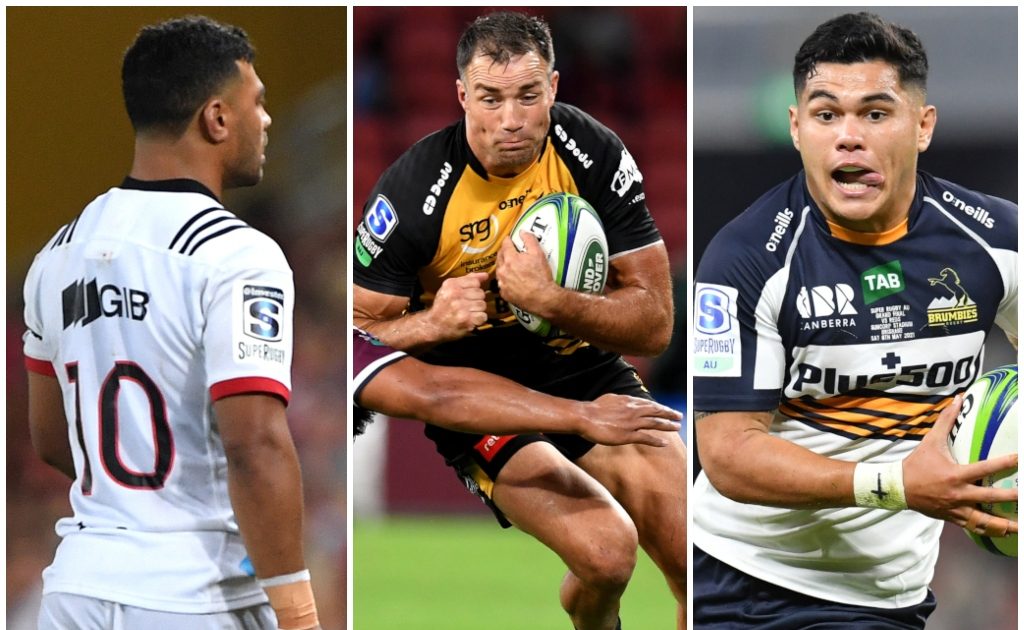 Before the start of Super Rugby Trans-Tasman this weekend, Planet Rugby previews the biggest talking points ahead of the action.

The Super Rugby AU victors, who won seven of their eight regular-season games before claiming the title, begin their trans-Tasman campaign against the Highlanders in Dunedin.

Even at this stage, you get the sense that it is a huge match for Australian rugby as they will immediately get to see how their best side stacks up against one of the New Zealand franchises.

While the Crusaders were clear at the top in Aotearoa, despite their shock home defeat to the ‘Landers last month, the rest of the teams were evenly matched, with just eight points separating fifth from second.

There wasn’t much in many of the games and Friday’s match will give an indication as to how the Aussie outfits will fare in the rest of the competition.

Brad Thorn has, however, decided to rotate his squad after last week’s triumph, with stars Taniela Tupou and Lukhan Salakaia-Loto on the bench, while Harry Wilson and Jordan Petaia are injured. Scrum-half Tate McDermott has also been rested, which means the Highlanders will fancy their chances of getting off to a fine start.

With Aaron Smith still playing exceptional rugby and Japanese star Kazuki Himeno setting in nicely at number eight, the Dunedin outfit have an excellent spine to the XV.

The absence of Tony Brown could hamper them, though, with the head coach aiding Japan ahead of their clash against the British and Irish Lions on June 26.

Brown has been hugely influential in 2021, even if they have lost more games than they have won. They have played with a verve and style which has engrossed supporters in New Zealand but, without their boss in situ, it could open the door for the visitors.

Two of Super Rugby’s greatest teams lock horns in their competition opener on Saturday as the Crusaders clash with a smarting Brumbies outfit in Christchurch.

While it was yet another title for the New Zealanders last week as they beat the Chiefs to Super Rugby Aotearoa glory, there was agony for the Brumbies as they suffered a last-minute final defeat to the Reds in Super Rugby AU. How both teams respond after last weekend will be interesting to see for different reasons.

The Crusaders will of course be tournament favourites in this trans-Tasman competition but that also comes with a target on their back and the Brumbies will be determined to strike early blows as they look to catch Scott Robertson’s side cold with any possible celebratory hangover.

However, this truly is a top drawer Crusaders outfit and on paper it’s hard to see the Brumbies getting one over their rivals, with the prospect of yet more silverware set to drive them on again.

Robertson has rolled out the likes of Codie Taylor, Sam Whitelock, Richie Mo’unga, David Havili, Braydon Ennor and George Bridge, with a few players from last week sitting this one out. Meanwhile, the Brumbies roll the dice with a strong line-up as Folau Fainga’a and Irae Simone both play their 50th Super Rugby match.

What a special moment it will be for Kahui as he takes on his former team the Chiefs in Perth on Saturday. Part of the Super Rugby title-winning side of 2012, his years in Hamilton were special ones so this fixture will hold extra significance for the New Zealander, who also won the Rugby World Cup in 2011.

Kahui, who starts on the wing this weekend, has already said in the build-up that the Chiefs are a huge part of who he is as a rugby player so the 35-year-old could well be emotional when he faces off with this weekend’s visitors.

While the majority of the class of 2012 have all moved on, and with Sam Cane ruled out injured, there will be one familiar player in the Chiefs mix in Perth as Liam Messam features on the replacements bench. Expect an embrace there at full-time.

Having impressed for the Brumbies, much was expected of Lolesio when he made his Test debut in 2020, but the fly-half struggled to find the same fluency.

Despite scoring on debut, it came with his team 26-0 behind. Australia would go on to succumb 43-5 to the All Blacks in what was a record defeat to their arch rivals.

Mo’unga was his direct opponent that day and the Brumbies man will hope to give a better account of himself this weekend.

The Crusaders star is arguably the best fly-half in the world and was once again in fine form as Robertson’s men defended their Super Rugby Aotearoa title.

A lot of the focus often goes on the pivot’s magic moments but he also has an exceptional rugby brain and dictates the game superbly.

He is helped by an outstanding pack but the All Black has regularly shown that he is a player for a crisis. When the ‘Saders have found themselves in trouble, Mo’unga has always stepped up and guided them to what appeared an unlikely victory.

It is therefore a huge task for Lolesio and the youngster will want to show that he has matured since his chastening introduction to Test rugby in 2020.

Subplot to watch – New competition, new hope for the Waratahs?

Last year, it was Chiefs in New Zealand, this season it’s the Waratahs, who ended their respective competitions winless.

Unlike the Waikato-based outfit, however, the Australian side have an opportunity to end the embarrassment before the season’s finished in the new trans-Tasman tournament.

With the ‘Tahs taking on the worst team in Super Rugby Aotearoa at home, it is surely a must-win, otherwise the shame suffered in 2021 will only increase.

Following the departure of head coach Rob Penney there has been an improvement in performances, shown by the narrow defeats to the Brumbies and Western Force, but the players and supporters are simply desperate for the victory.