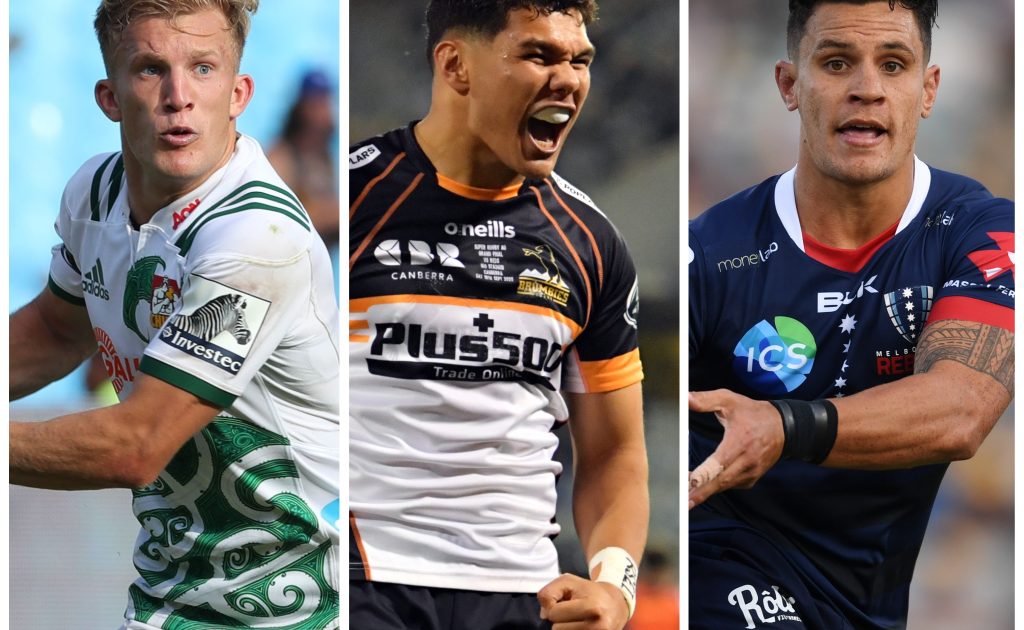 Ahead of this weekend’s Super Rugby AU and Aotearoa games, Planet Rugby previews the biggest talking points ahead of the action.

The Brumbies will look to maintain their momentum by winning their third straight Super Rugby AU game when they face the Melbourne Rebels in Canberra on Saturday.

Last weekend, Dan McKellar’s side made short work of the free-falling Waratahs to wrap up their bonus-point before half-time in a nine-try 61-10 demolition of the Sydneysiders.

McKellar will be buoyed by the return of Wallabies prop Scott Sio, who is set to make his first start of the season after overcoming a back complaint. Sio’s return stands to boost an already red hot Brumbies team, while their bench will be bolstered by the return of James Tucker and Solomone Kata.

Meanwhile, the Rebels will be looking to rebound after falling to an agonising 23-21 defeat against the Reds in Brisbane last weekend. Wallabies star Matt Toomua missed a penalty at the death in a scrappy affair to send the Rebels to Canberra winless.

After that defeat, Rebels head coach Dave Wessels has brought in a number of reinforcements for this encounter against Australia’s most successful team. James Hanson is set to make his first appearance since returning from Gloucester, and replaces the injured Jordan Uelese, while flanker Josh Kemeny and lock Ross Haylett-Petty come in for Brad Wilkin and former Scarlets star Steve Cummins.

However, despite the Brumbies’ strong form, the Rebels have emerged somewhat as a bogey team for the men from Canberra. In the last five matches between these sides, the Melbourne-based outfit have won three of them, including both games in 2019.

They also won the previous encounter between these sides in last year’s competition. It was a significant result as it handed the Brumbies their first defeat of what would ultimately be a successful campaign.

Like most encounters involving two New Zealand sides, matches between these teams are usually entertaining affairs and we don’t expect this clash at the Orangetheory Stadium in Christchurch on Sunday to be any different.

Super Rugby Aotearoa got off to an excellent start last weekend with the Crusaders kicking off their campaign with a 26-13 triumph against the Highlanders in Dunedin. The defending champions had to dig deep to clinch that result but, despite a tough challenge from their opponents, their class shone through as they outscored their hosts by four tries to two.

Meanwhile, the Hurricanes made a less memorable start as they suffered a 31-16 defeat to the Blues in Wellington. In what was a scrappy game, the ‘Canes dominated the early exchanges but the Blues soon took control of proceedings as the home side made too many unforced errors – something which they can ill afford against the Crusaders.

If one looks at the players in these teams’ matchday squads, it should be another thrilling clash between two attack orientated sides. Keep an eye on Hurricanes captain Ardie Savea, who, despite starting his campaign as the team’s new skipper with that loss to the Blues, is still a real force with ball in hand. The All Blacks back-row led by example in his new role, having replaced TJ Perenara and Dane Coles as the men from Wellington’s leader.

Last year’s matches between these sides were both fast-paced and thrilling spectacles with the Crusaders claiming a 39-25 victory in Wellington in a Round Two encounter, but the Hurricanes bounced back in style in the rematch in Round Seven and sealed a narrow 34-32 win in Christchurch.

The man to watch this weekend will be none other than Chiefs star McKenzie, who will be looking to find his way back into form this season.

Prior to his anterior cruciate ligament injury in March 2019, McKenzie was one of the most exciting stars in the game, but he has struggled to regain that form since returning during the Chiefs’ forgetful 2020 Super Rugby Aotearoa campaign.

The 25-year-old’s struggles saw him overtaken by the Barrett brothers – Beauden and Jordie – and Will Jordan in the All Blacks pecking order for the full-back berth.

McKenzie will need a strong season to find his way back into All Blacks head coach Ian Foster’s plans and will be determined make an impact when the Chiefs host the Highlanders in Hamilton on Friday.

After a strong campaign for Waikato in the Mitre 10 Cup, McKenzie looks to be getting back to his best. His elusive footwork, hard running, playmaking skills and ability to break defensive lines will likely be on show once again this year as the full-back will be motivated to find the form which made him an automatic All Blacks selection in 2018.

The fly-half battle in Canberra will likely be key on multiple fronts this weekend when two of the Super Rugby AU’s genuine stars go head-to-head.

Lolesio’s confidence has been sky high after strong outings in the Brumbies’ first two games and he heads into this clash as the competition’s leading points-scorer. The 21-year-old has amassed 32 points courtesy of two tries, eight conversions and two penalties as he looks to put himself in the shop window for Australia this year.

Lolesio’s wide array of attacking skills have also been on show, while the young fly-half has grown as one of the leaders of this Brumbies team. However, this weekend’s battle against Toomua looks to be one of his toughest tests yet.

Toomua, the 47 cap international, enjoyed a prolific display with the boot last weekend against the Reds as he chipped in with 18 points, but will be looking to bounce back after missing a fairly straightforward penalty in injury time as the Rebels fell short in Brisbane.

Despite that missed penalty, he was outstanding as a playmaker for long periods as the Rebels held the upper hand for most of that match. The former Leicester Tigers star controlled the tempo of the game and the Rebels attack throughout, while displaying great composure when exiting his 22.

This should be a fierce battle between one of the brightest stars in Australian rugby going up against one of the sharpest minds in the game.

The winner of that contest could decide which team leaves the field as the victor.

Subplot to watch – Concern for Waratahs

Although it’s still early in the season, there is plenty at stake for the Waratahs in their fixture against the Western Force at Bankwest Stadium in Sydney on Saturday.

The Sydneysiders’ head coach, Rob Penney, and his charges head into this match with their backs to the proverbial wall after a calamitous start to the season. After two matches played, the Waratahs have already conceded 102 points and only amassed a paltry 17. This follows humiliating defeats to the Reds (41-7) in their season opener in Brisbane and the Brumbies (61-10) in Canberra last weekend.

Diehard Waratahs supporters will point out that both those fixtures were away games for their side but that is no excuse as they hardly put up a fight and the manner of both defeats mean Penney is under pressure to hold onto his job.

Saturday’s opponents are also winless after losing to the Brumbies (27-11) in their opening game in Perth but, despite that defeat, the Force were far more competitive than the Waratahs were in their previous matches.

Tim Sampson’s troops made a return to Super Rugby last year but went through that entire Super Rugby AU campaign without registering a win as they lost all eight of their matches. They will fancy their chances of ending that losing streak against a wounded Waratahs side.