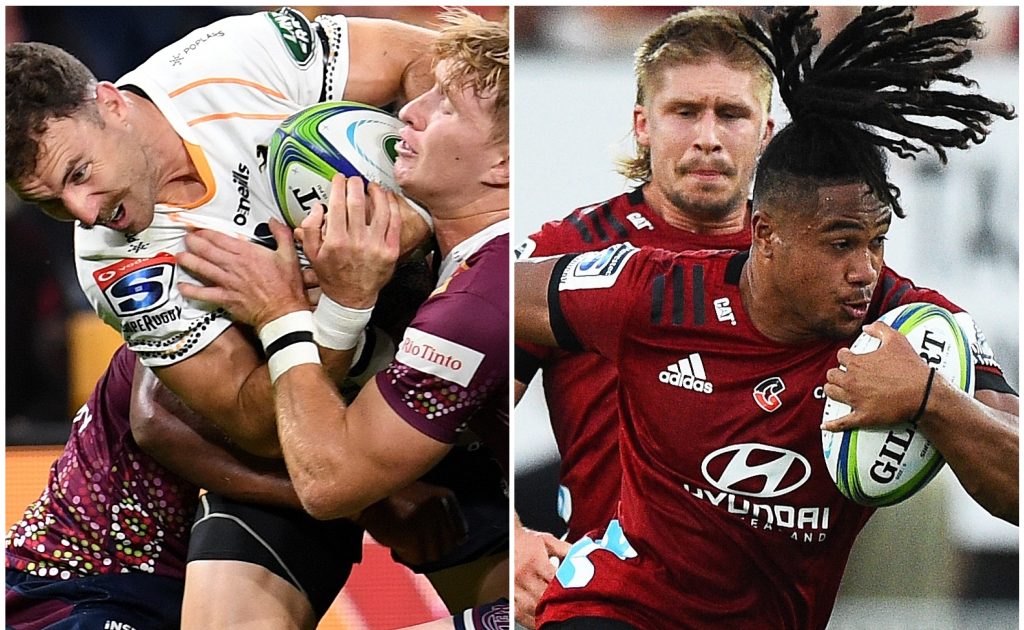 Ahead of this weekend’s Super Rugby AU and Aotearoa action, Planet Rugby previews the biggest talking points in the respective competitions.

Defending champions the Brumbies will be out for revenge as they attempt to stay in touch with table-toppers the Reds when these teams go head-to-head in Brisbane on Saturday.

Dan McKellar’s men were made to graft against the Waratahs in Sydney last weekend after his side almost surrendered a 24-10 lead, with a missed conversion in the 84th minute from Will Harrison allowing the Canberra outfit to escape with a 24-22 triumph.

Stand-in skipper Nic White admitted afterwards his side dodged a bullet, but one thing is for certain they can’t afford such a collapse against the Reds.

The home side come into this game with confidence at an all-time high, as they made it six straight wins on the trot following a comprehensive 44-19 victory against the Melbourne Rebels.

Questions were raised as to whether Brad Thorn’s side could produce a full 80-minute performance, but they answered that emphatically as they dominated most facets of play in that victory.

The Brumbies will have to find a way to shut down arguably the most dominant scrummager in the competition in Taniela Tupou. The tighthead is also excellent in the loose, scoring two tries last weekend, and should once again be at the forefront of his side’s onslaught in Brisbane this weekend.

A few weekends ago this wouldn’t have looked such an enticing encounter, but fortunes change quickly in Super Rugby Aotearoa and so that has proved for the Chiefs and Highlanders.

After struggling during the tournament’s initial stages, the Waikato outfit come into this game in a rich vein of form after winning their last two games against the Hurricanes and Blues, but their last ditch win at home to the Aucklanders came at a price as they lost All Blacks skipper Sam Cane to a season-ending pectoral injury.

The blow suffered by Cane’s absence was expected to be softened by the return of Lachlan Boshier, who shone in a struggling Chiefs side in 2020 but the 26-year-old has not recovered from a foot injury which has kept him on the sidelines during the tournament’s earlier rounds. That means Boshier’s younger brother, 21-year-old Kaylum, will have big boots to fill as he slots in as Cane’s replacement this weekend.

As for the Highlanders, they come into this game with their heads held high after pulling off the biggest shock in Super Rugby Aotearoa’s short history by sensationally beating the Crusaders 33-12 in Christchurch.

The victory snapped the Dunedin-based outfit’s seven-match losing run against Scott Robertson’s troops and was just their 12th win against the Crusaders since 1996.

What made that victory more remarkable is that the Highlanders dropped six players players – including the likes of All Black Josh Ioane, Marino Mikaele-Tu’u and Sio Tomkinson – who broke team protocols earlier that week. Tomkinson is the only one of those dropped players who has been included in the starting XV to take on the Chiefs, while Ioane is set to return via the replacements bench.

Tony Brown’s charges will be determined to build on that excellent result by beating the Chiefs this weekend.

Timani will be looking to produce a strong display this weekend against the Rebels as he attempts to make a statement after being named in the Wallabies’ squad for a training camp on the Gold Coast later this month.

The 34-year-old returned to Australia from Clermont-Auvergne only three weeks ago but has evidently done enough to convince Australia’s head coach, Dave Rennie, that he is still able to perform at the highest level.

Rennie’s selection of Timani has shown that the second-row is in his plans and will give the player extra motivation when the Force head to Melbourne where they face off against the Rebels.

The Perth-based outfit claimed their first ever Super Rugby AU win when they defeated the Waratahs 20-16 in Sydney in Round Three but they have yet to build on that as narrow losses to the Rebels and Reds followed that win.

However, this weekend’s encounter offers them an opportunity to get another win on the board as the Rebels are ripe for a plucking after that heavy loss to the Reds. Force head coach Tim Sampson has selected an experienced team, with Timani a crucial cog in the pack, and the Force will look to take advantage of the hosts’ lack of form.

🗣️ "To be named in the Wallabies was a big surprise, and I’m looking forward to the challenge."

It will be a case of the student against the veteran when these Wallaby scrum-halves square off in what should be a fascinating encounter in Brisbane.

Both have been named called up to the Wallabies training squad and this match-up presents them with an early opportunity to plant a seed in Wallabies coach Dave Rennie’s head about who should be his first-choice number nine later this year.

This should be an entertaining tussle as both players enjoy playing with ball in hand and provide an excellent service to their outside backs.

McDermott might be younger of the two but his game has come on in leaps and bounds in recent seasons and he provides a greater threat around the fringes where his sniping breaks usually provide headaches to opposing defenders.

White has the better overall control as his game management is amongst the best in the business, while he also has an edge on McDermott in the box kicking department.

Both players will be crucial in the implementation of their respective teams’ game-plans and whoever has the edge on the day could tip the scales in his team’s favour.

As touched on earlier, the Highlanders did the unthinkable as they shocked the Crusaders in Christchurch last weekend. Now the focus shifts to Super Rugby Aotearoa’s defending champions – and current pacesetters – and whether they can rebound from their first loss of the season.

Scott Robertson lamented his side’s catalogue of errors that led to their first defeat since falling to a two-point loss against Hurricanes at home last July. Coincidently, Robertson’s team now travel to Wellington to face the aforementioned ‘Canes, looking to get their campaign back on track after suffering a 27-17 loss to the Blues in Auckland last weekend.

The Crusaders’ All Black-laden team could well have been getting complacent prior to last weekend so the response on Sunday will be intriguing and don’t be surprised if there is a backlash against their hosts.

The men from Christchurch have been the leading side in the southern hemisphere for the past four years and will be looking to bounce back with a dominant performance. That will be easier said than done and another defeat could open the door for their competitors behind them in the table.