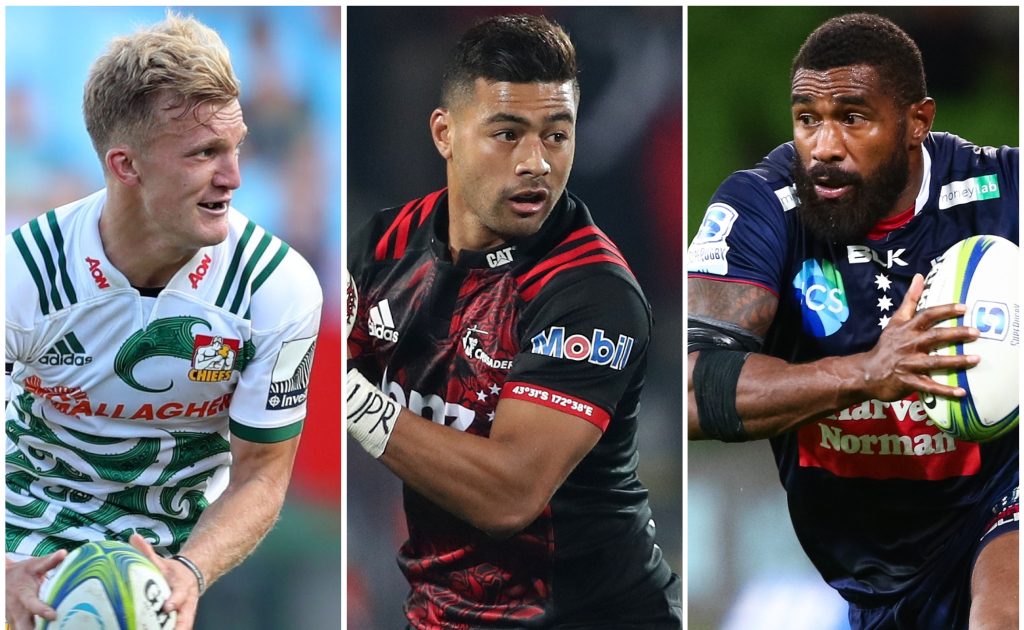 Ahead of this weekend’s Super Rugby AU and Aotearoa games, Planet Rugby previews the biggest talking points leading into the action.

The Brumbies will attempt to rebound from last week’s disappointing defeat to the Reds, as they look to find some momentum ahead of the second v third play-off final.

Dan McKellar’s men fell to their second two-point loss of the season to the Reds last week as Brad Thorn’s side earned a home final. However, for the Brumbies the loss of home-field advantage could spark their season back into life.

Prior to last weekend’s defeat to the Reds, the Brumbies just about sneaked a win against the winless Waratahs and haven’t managed to produce a strong 80-minute display for a number of weeks. Look for McKellar’s outfit to take advantage of their play-off security and go all out in pursuit of a dominant display.

As for the Rebels, their season is swiftly approaching do-or-die territory and they will be desperate to win to keep the emerging Western Force at bay. Dave Wessels’ men failed to stop the Force last weekend as a late try from Tim Antsee stole the victory at the death for the Perth-based team.

The Rebels’ woes were compounded as Reece Hodge sustained a season-ending knee injury during his potential match-winning field-goal attempt. The season appears to be unravelling at speed for the Rebels and their misery doesn’t look like it will end as the wounded Brumbies come to town.

The Chiefs are quickly becoming the team to watch in the southern hemisphere and their clash against the Crusaders is as must see as it gets in Super Rugby Aotearoa.

Just a few weeks ago the Waikato-based side were almost dead and buried and had tied the Highlanders’ embarrassing 11-match losing run in New Zealand Super Rugby but, after overcoming a 26-7 deficit to win 35-29 against the Hurricanes, they have been red-hot.

The Chiefs have peeled off both the Blues and the Highlanders in dramatic fashion over the last two weeks with Damian McKenzie the inspiration, following a last-gasp try against the former and a winning penalty in extra-time versus the latter.

Clayton McMillan’s men will look to keep rolling this weekend as they welcome the stumbling Crusaders. Scott Robertson’s team returned to winning ways last weekend as they edged the Hurricanes in extra time.

However, the triumph seemingly came at a price as both Joe Moody and Jack Goodhue went off with foot and knee injuries respectively in the first half, and both will be unavailable this weekend.

They will also be concerned about their recent displays. Robertson’s men haven’t been at their best in the last few weeks and the head coach will hope his squad can set that straight this week.

As rumours surrounding his future continue to swirl, one of Australia’s best players will once again be at the forefront of everything the Rebels do this weekend.

Koroibete looks destined to leave the Rebels after the conclusion of the trans-Tasman competition and will want to put on the fireworks before he departs AAMI Park.

The Wallabies’ best wing has also struggled for form in a side that have failed to find their rhythm in attack.

They have not been able to provide him with much space to shine and the Melbourne outfit will no doubt look to get better ball from their pack, which will allow their most potent weapon to thrive.

Two All Black hopefuls square off in Super Rugby Aotearoa as Frizell goes up against Robinson when the Highlanders face the Blues in Dunedin on Friday.

Robinson has retained the captaincy for the Blues ahead of this weekend’s clash and will be looking to make an impact versus one of New Zealand’s premier blindsides in Frizell.

Robinson’s work rate, ability in the loose and lineout expertise have been on full display throughout his career thus far, and he will look to get the better of the Highlanders’ powerhouse.

Frizell began last season as the All Blacks first-choice flanker, but was overtaken by Akira Ioane towards the end of the Tri-Nations. Interestingly, Ioane begins Friday’s encounter on the bench and it will be intriguing to see how that all plays out in Dunedin.

Subplot to watch – Force keen to kick on against winless Waratahs

The Western Force will be looking for a spark on Saturday as they face the winless and coachless Waratahs. The Force kick-started their season as they defeated the Rebels at the death to pick up their second win of the season – after beating this weekend’s opponents in Sydney earlier in the campaign.

That victory has breathed life into the Force’s Super Rugby AU campaign and the team now find themselves just one point behind the Rebels in third. Tim Sampson’s side have the perfect opportunity to push themselves ahead of the Melbourne-based outfit as they host the struggling ‘Tahs, while the Rebels have to take on the imposing Brumbies.

Equally, this is arguably the Sydneysiders’ best opportunity to open their account in 2021 and they will have gained confidence from their performance against the defending champions two weeks ago. Although they succumbed 24-22, it hinted at a team that are better than their dreadful record suggests.