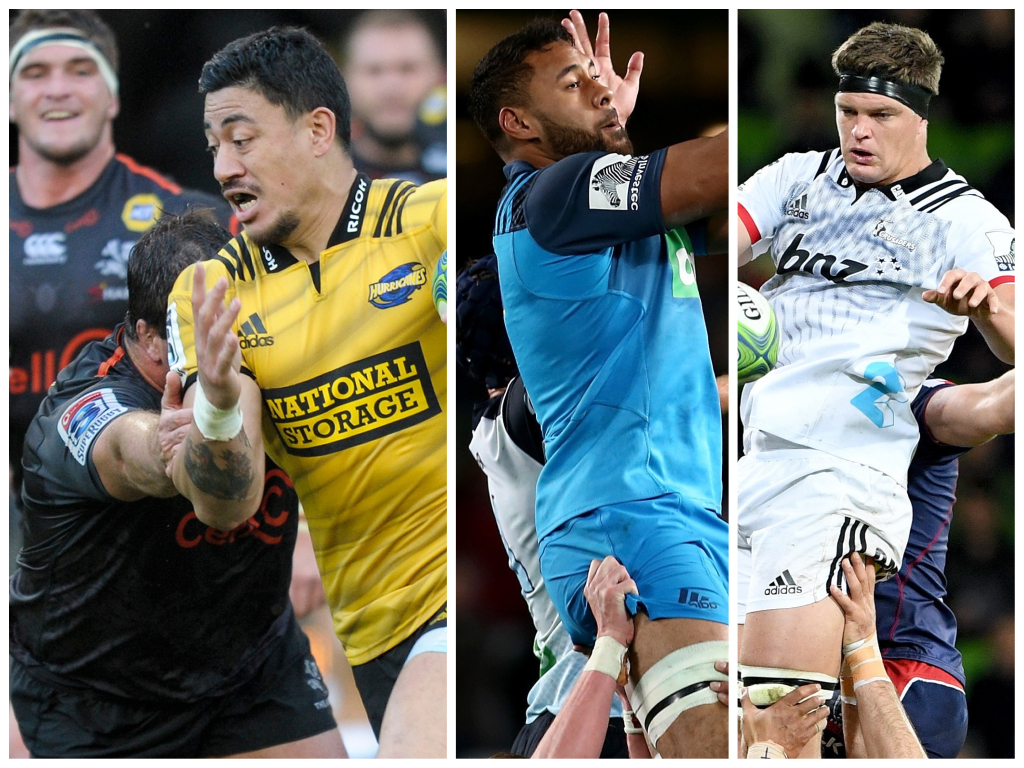 Making its return, we bring you Super charged, in which we preview the main talking points ahead of the upcoming Super Rugby action.

Although this year’s tournament is still in its infancy, these sides will be determined to lay down a marker when they face off at Sky Stadium in Wellington on Saturday. After a disastrous start to their campaign – when they suffered a 27-0 defeat to the Stormers in their season opener in Cape Town – the Hurricanes bounced back with an excellent 26-23 come-from-behind win over the Jaguares in Buenos Aires last week.

The Hurricanes will be keen to build on that victory and with this weekend’s encounter being their first home fixture of the season, they will be highly motivated to get the job done against the Sharks. The Durban-based outfit are on a high as they are unbeaten thanks to a hard-fought home win against the Bulls (23-15), as well as a comprehensive triumph over the Highlanders (42-20) in Dunedin last week.

Over the years, matches between these teams have been entertaining affairs and the Hurricanes hold a slight edge as they have won 11 out of the previous 21 games in this fixture with the Sharks victorious on nine occasions and there has been one draw.

The Brumbies have made an excellent start to the season as they have won both of their matches – against the Reds and Melbourne Rebels – and Lolesio has impressed as the two-time champions’ new number 10. He was under plenty of pressure ahead of their season opener against the Reds, after Brumbies head coach Dan McKellar named him to make his debut in the pivot position but he gave a good account of himself.

The 25-year-old had big boots to fill as he was replacing a Brumbies legend in Christian Lealiifano as the team’s chief playmaker. Lolesio did not disappoint as he did well in his new surroundings, keeping the scoreboard ticking with accurate goal-kicking against the Reds, before he followed that up with another fine display against the Rebels. Brumbies fans will be hoping for a similar performance when their team go up against the Highlanders at home on Saturday.

With New Zealand’s premier locks – Brodie Retallick and Sam Whitelock – not in action in Super Rugby this year, Tuipulotu and Barrett will be keen to show that their country’s second-row stocks are still up to scratch when the Blues and Crusaders face off at Eden Park in Auckland on Friday. The duo, who were Retallick’s and Whitelock’s back-up at last year’s Rugby World Cup in Japan, have hit the ground running as they have been amongst the leading locks during the early stages of this year’s competition.

Both are excellent lineout operators, who will be keen to dominate the set-piece in order to put their respective teams on the front foot. They have also done well as ball carriers and are not shy to put in big hits on defence. As two of the more experienced players on the field, the duo are also captaining their respective teams which means their decision-making will have a big impact on this game’s result.

Subplot to watch – Will the Stormers concede points?

The men from the Cape have made a fantastic start to the season and head into their South African derby against the Lions with plenty of confidence as they are the only team in the competition who are yet to concede a point. This follows fine performances in victories against the Hurricanes (27-0) and Bulls (13-0) in their first two matches.

To prevent your opponents from scoring in an entire match is a great achievement but to do it in successive matches deserves special praise and it will be interesting to see how they approach proceedings in Johannesburg. They face a tough challenge against the Ivan van Rooyen-coached side, who are renowned for their attacking style of play, especially on home turf.

If the Lions are at their best, the Stormers’ much-vaunted defence can expect a stern challenge and it will be difficult to keep the home side scoreless in their own backyard. John Dobson’s troops will be determined to do just that, however, although their discipline will have to be impeccable for the entire match if they want to achieve that goal.

There are three other matches scheduled for the weekend and, although it’s still early in the season, all the sides in action will be highly motivated to notch victories. On Friday, the Rebels and Waratahs face off in their Australian derby in Melbourne and both sides will be somewhat desperate as neither side have a win under their belts as yet. The Rebels succumbed to the Sunwolves and Brumbies while the Waratahs suffered the same fate against the Crusaders and Blues.

Elsewhere, the Sunwolves return to action after having a bye last week and they will be hoping to continue where they left off against the Rebels in Round One when they host the high-riding Chiefs in Tokyo. Although they started their campaign with a bang, thanks to wins against the Blues and Crusaders, the Chiefs will be wary of the Sunwolves as the men from Tokyo claimed a shock 30-15 win when these sides met in Hamilton last year.

The final match of the round takes place in Buenos Aires where the Jaguares will be determined to return to the victory trail when they host the Reds, who are another side that are chasing their first win of the year after suffering narrow losses to the Brumbies and Lions in their opening two encounters.