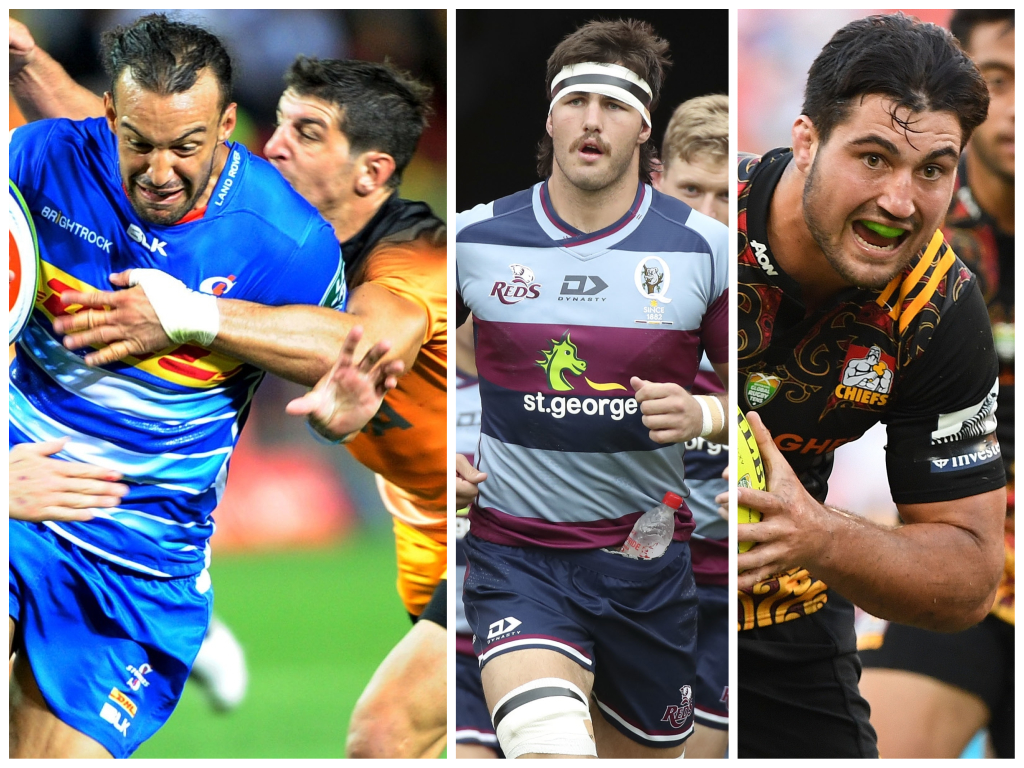 Making its return, we bring you Super charged, in which we preview the main talking points ahead of the upcoming Super Rugby action.

Although it’s still early in the season, these sides head into this fixture at Newlands as two of the in-form teams in the competition and the leading sides in the South African Conference. As one of only two unbeaten teams in the tournament – along with the Chiefs – the Stormers head into this match in confident mood, although they had to dig deep to retain their 100 per cent record courtesy of a last minute 33-30 victory against the Lions in Johannesburg last week.

Prior to that, the men from the Cape started their campaign with fine victories over the Hurricanes (27-0) and the Bulls (13-0) and they will be highly motivated to continue their fine home form against the Argentinian outfit, who are yet to be victorious in this fixture on South African soil.

The Jaguares showed plenty of character in their previous match against the Reds when they fought back from a 24-12 half-time deficit to claim a 43-27 win in Buenos Aires last week. That followed a narrow defeat against the Hurricanes (26-23) in Round Two and a comfortable 38-8 triumph over the Lions in their tournament opener. Although the Stormers are yet to lose against the Jaguares at Newlands, they will do well not to underestimate their opponents, who showed during their excellent run to last year’s final that they have the ability to beat any side in the competition when they hit their straps.

The Reds are yet to win a match this year but that was not through a lack of effort from their captain Wright who, despite being only 22 years of age, was entrusted with the leadership role by the Brisbane-based outfit’s coach, Brad Thorn, at the start of this season. Despite his young age, the openside flanker is ever-present for the Reds and, after making his debut for the Reds in 2018, he cemented himself in their matchday squad and played all but 12 minutes for them in 2019.

Like most Australian tearaways, Wright gets through plenty of work at the breakdown and puts his body on the line on defence, while he also does well as a ball carrier. His importance to the Reds cause was highlighted in the defeat to the Jaguares last week when he was yellow carded for a professional foul midway through the first half.

The Reds were leading 27-22 at that stage and by the time he returned to the field, the Jaguares had secured the result by scoring 21 unanswered points during his spell off the field. Wright will be hoping to stay on the pitch for the entire match and guide the team to their first victory when they host the Sunwolves in Brisbane on Saturday.

New @Reds_Rugby Captain Liam Wright says the time for rebuilding is over, “we want to start putting our mark now”. #SuperRugby @10NewsFirstQLD pic.twitter.com/dWaLco7PsT

This should be an interesting battle as it pits two players against each other who were team-mates for the Crusaders during their recent successful run in the tournament. Mo’unga has been the 10-time champions’ first-choice fly-half from 2017 to 2019 when they won the competition for three years in a row with Hunt playing mostly off the replacements bench as the team’s back-up number 10.

Mo’unga’s impressive performances during that period has seen him win selection to the All Blacks while Hunt had to be content with a bit-part role as the Crusaders went on to dominate the competition. It was hardly surprising that the latter opted to make the move to the Highlanders where he gets to start in the number 10 jersey for the second successive week while another All Black fly-half, Josh Ioane, shifts to inside centre. Hunt will no doubt need little motivation to do well against his former team-mates and will hope to upstage Mo’unga.

There is plenty of excitement amongst Chiefs supporters at the return of Jacobson, who is one of the best loose forwards in New Zealand. After making his Super Rugby debut in 2018, the 22-year-old was in excellent form during the Chiefs’ 2019 campaign and was eventually rewarded with a call-up to the All Blacks squad during the Rugby Championship. He performed admirably during two Test appearances and was included in the three-time world champions’ Rugby World Cup squad but was forced to withdraw ahead of the global showpiece due to a delayed onset of concussion.

That setback kept him on the sidelines up to now and, while he has been easing his way back on the fringes of the Chiefs squad during the early rounds, he will return to action after being named in their starting line-up to take on the Brumbies on Saturday. The former New Zealand U20 captain is a good all-round player, who will be keen to repay the faith shown in him by Chiefs head coach Warren Gatland with a stellar performance.

🎥 @ChiefsRugby blindside flanker Luke Jacobson was involved in everything against the Highlanders last weekend!

Will he be an All Blacks bolter in 2019? 🤔 pic.twitter.com/VB6PzMzAhE

With the Lions, Hurricanes and Waratahs having byes this week, there are two other matches scheduled to take place this weekend. After suffering defeats against the Sharks and Stormers in their first two matches, the Bulls will be hoping to get their campaign back on track against the Blues, who have won just one game – against the ‘Tahs – out of three played so far this year.

And in Ballarat the Rebels host the Sharks in Saturday’s first match. The Rebels claimed their maiden win of the season when they beat the Waratahs in Round Three and the Sharks suffered their first defeat of the year after coming off second best to the Hurricanes last week. The Durban-based side received a boost, however, when Springbok fly-half Curwin Bosch returned to their run-on side after missing their previous fixture due to a family bereavement.