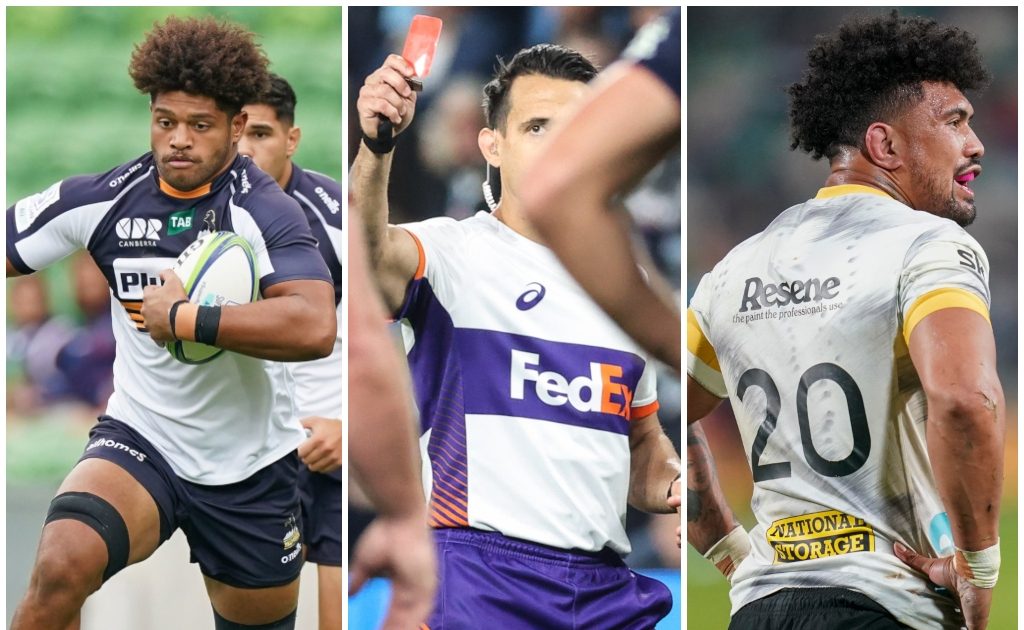 Before the start of the fourth round of Super Rugby Trans-Tasman, Planet Rugby previews the biggest talking points ahead of the action.

After finally securing Australia’s first victory – when they beat the Chiefs last weekend – there will be plenty of optimism in the Reds’ ranks when they take on the Blues in Brisbane on Friday.

Reds head coach Brad Thorn has rewarded the players who started that match against the Chiefs by naming the same run-on side for the Blues encounter and the Super Rugby AU champions will be highly motivated to build on that result this weekend.

That is easier said than done as the Blues are no pushovers and come into this fixture high on confidence after a superb start to their Super Rugby Trans-Tasman campaign, with one-sided victories claimed against the Rebels, Waratahs and Brumbies.

By contrast, the Reds found the going tough during the early rounds and suffered humiliating defeats against the Highlanders and Crusaders before notching that important win over the Chiefs.

Thorn’s troops made a blistering start in that encounter against the men from Hamilton and held a comfortable 33-3 lead at half-time but had some nervy moments towards the end of that match as the visitors came back strongly in the second half and the Australians eventually held on to claim a 40-34 win.

Matches between the Reds and Blues are usually entertaining affairs and the sides head into this showdown deadlocked at 11 wins apiece from their 24 previous encounters with their other two matches finishing as draws.

The home side will be determined to replicate their previous performance against the Blues although it was a tightly contested affair with the Reds claiming a narrow 29-28 triumph in Brisbane in 2019.

Australia’s most successful Super Rugby outfit, the Brumbies, will have their backs to the proverbial wall when they take on a confident Hurricanes side in Canberra on Saturday.

After three rounds of action the Brumbies are still winless and if truth be told they head into this encounter in a desperate mood as they attempt to get their campaign back on track.

Despite a competitive performance in their tournament opener against the Crusaders, Dan McKellar’s side lost that game narrowly, and they haven’t improved since that result and found the going tough in their next two games against the Chiefs and Blues with the New Zealand sides claiming comfortable victories on both occasions.

Meanwhile, the Hurricanes have hit the ground running in Super Rugby Trans-Tasman and are sitting pretty at the top of the standings, alongside the Blues, with 15 points amassed from their three matches played.

After finishing at the bottom of the standings in the Super Rugby Aotearoa – with just two victories from eight matches played – Jason Holland’s charges made an excellent start to their Super Rugby Trans-Tasman campaign and cruised to victories against the Waratahs, Rebels and Western Force.

Although the Brumbies head into this match as overwhelming underdogs, they will also gain confidence from the fact that they are playing their first game of the tournament in Canberra where they have proven over the years that they are more competitive.

Playing in front of their fans should boost the home side, who hold a slight edge over the Hurricanes in this fixture over the years. Since winning the first match between the teams in 1996, the Brumbies have won 14 of the 26 games between these sides with the Hurricanes victorious on the other 12 occasions.

Hurricanes v Brumbies | Super Rugby 2019 Rd 3 Highlights
The @Hurricanesrugby turn it on after half time in Palmerstown North for an impressive 43-13 victory over the visiting @BrumbiesRugby. pic.twitter.com/PHDEGq2Czq

The older of the two Ioane brothers will be highly motivated to do well as he makes a rare start in the number eight jersey for the men from Auckland.

The 25-year-old was the Blues’ first-choice in that position since making his Super Rugby debut in 2015, but the emergence of Hoskins Sotutu in 2020 was a reality check for Ioane as he found himself playing on the blindside flank or on the replacements bench as Sotutu’s back-up.

He has done well in the former role, so much so that it earned him his long-awaited All Blacks debut in 2020 but despite impressing on the side of the scrum for his club and country, Ioane has battled to make the Blues’ run-on side in 2021 after Tom Robinson returned from injury.

Robinson has started all the Blues’ matches on the side of the scrum which means Ioane appears to be competing for the team’s number eight jersey. When he hits his straps, Ioane is one of the most destructive attackers in the competition and he will be hoping to give his team much needed momentum with ball in hand against the Reds.

Four New Zealand teams were in action for round 3 of #SuperRugby, but who do YOU think scored the best try?

One of Australia’s star players in 2021 goes up against the outstanding All Black when the Brumbies face the Hurricanes in Canberra.

Although they are playing slightly different positions this week, with Valetini at blindside and Savea starting at number eight, they effectively cover all the bases for their respective sides.

They are both prominent – and ultimately dominant – carriers, while they are also effective defenders. The New Zealander is slightly better at the breakdown but his young opponent is difficult to budge when he gets into a strong position.

Athleticism is perhaps what sets the two apart, with Savea remarkably quick, but Valetini has a bit more power, which makes him a useful presence in the tighter exchanges.

The 22-year-old has already earned four caps for the Wallabies and, judging by his form this season, he has a good chance of starting in the upcoming series against France.

As for the 49-times capped All Black, he is a crucial part of Ian Foster’s squad, but can he nail down a position in that back-row? Sam Cane’s absence potentially gives him an opportunity in the seven shirt, while some have seen his long-term place at number eight.

It is an issue which has prevented him from becoming one of the modern day greats and he will look to rectify that ahead of the next World Cup.

Tom Wright throws the sweet backhander to Rob Valetini to put the Brumbies within touching dsistance in the final minute.

Subplot to watch – Arguments to continue over high shots?

There has been consistent debate over the red cards handed out to players in all three Super Rugby competitions this season and it is getting rather tiresome.

Chiefs playmaker Damian McKenzie was the latest to be sent off for a no-arms ‘tackle’ to the head of Reds scrum-half Tate McDermott, an incident and decision which shouldn’t have been contested as much as it did.

It was a clear cut sending off and until teams and pundits accept that, you wonder how many more players are going to receive their marching orders.

Those in New Zealand and Australia can complain all they want but the way it is currently being refereed is fair. By railing against the current law interpretations, it will not do their teams any favours in the future. It could cost them in big internationals going forward if standards are not altered due to their ill-advised protestations.

Red for Damian McKenzie after making direct contact to the head 🟥