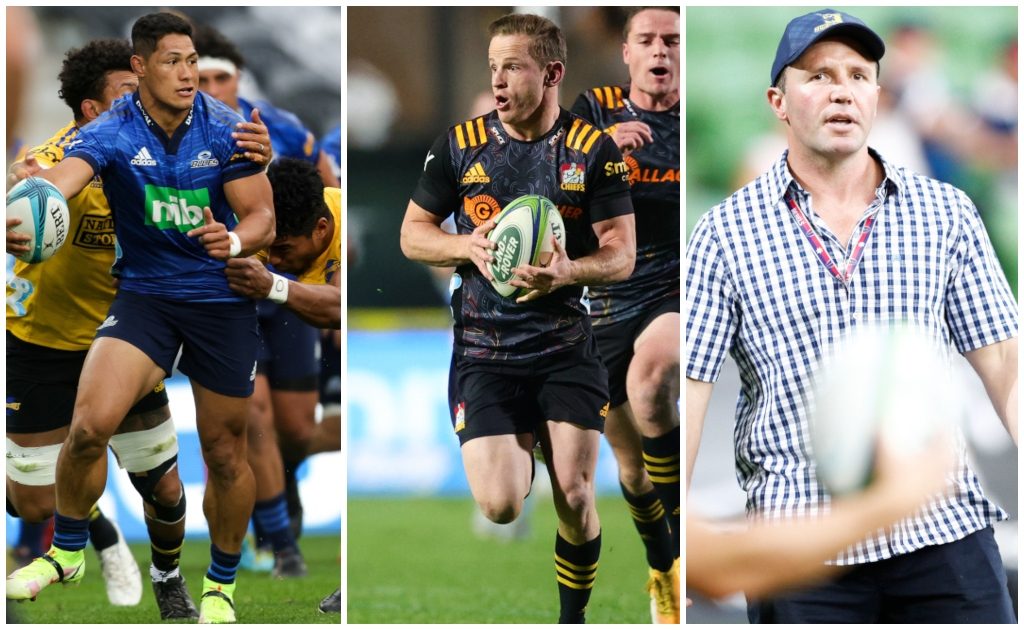 We bring you Super charged, in which we preview the main talking points ahead of Round Three of the inaugural Super Rugby Pacific season.

Western Force were unsure at the beginning of the season whether they would be able to play any of their home games in Perth due to travel restrictions imposed by the Western Australia Government. The Force swapped their home matches in rounds one and four to allow the competition to proceed.

The WA Government has since relaxed restrictions allowing the Reds to travel to Perth for the Force’s 200th game in history that will be attended by 8,000 fans.

The home side come into the historic game with mixed results after narrowly losing to the Brumbies in Round One and dominating the Rebels a week later. Head coach Tim Sampson will be happy with his side’s start having shown promise in both games this season. However, the Force now has to face up to the Super Rugby AU champions, which will be a challenging task.

The Reds are one of four unbeaten teams in the competition and are holding the champion mantle strongly. The Queenslanders will be looking to further cement their spot at the top of the Australian pile as well as making inroads into the New Zealand sides this season. In the opening rounds, the Reds managed wins against the Rebels and the Waratahs and looked very strong in the process.

The Force will be buoyed by the historic 200th game for the franchise and will be hoping to disrupt the rugby hierarchy in Australia with a win in front of their home fans. However, the Reds look like a settled side that seems to know how to take on any of their Australian counterparts. If Brad Thorn’s men hope to have a chance at challenging for the Super Rugby Pacific title, wins in these derbies are absolutely vital.

An electric New Zealand clash is in store when the Blues and Chiefs go head-to-head at Eden Park.

The Blues played a superb 70 minutes against the Hurricanes, a match they should have won until a late salvo, which ended with an Ardie Savea try, robbed them of victory. The big story from that game was the debut for code-hopping Roger Tuivasa-Sheck, who showed glimpses of what he has to offer in the 15-man game.

Dalton Papalii looks to have stepped up with his captaincy and takes his place in a team littered with All Blacks. Particularly behind the scrum, it has the potential to be venomous with Rieko Ioane and Caleb Clarke adding pace and power in open play.

Head coach Leon MacDonald will be patiently waiting for superstar Beauden Barrett to make his full return from concussion to complete the backline puzzle. However, the two-time World Rugby Player of the Year has been bracketed on the bench with the Blues unsure if he is ready to play.

The Aucklanders will be frustrated after losing out late last week and will want to bounce back against a strong Chiefs outfit.

It is a delight to see co-captain Sam Cane on the field – the Chiefs have missed him and Brodie Retallick in recent times. Their forward pack is much stronger with new All Black youngster Josh Lord no doubt learning from the veteran beside him.

Behind the pack, Brad Weber, who is set to become a centurion, is always looking to speed the game up and catch defences napping. Alongside him, fly-half Josh Ioane has enjoyed a sound start to life at the Chiefs and will be looking to put another solid performance in against the Blues.

The game is poised to be a real stinger played at a very high pace. The Blues will want to rectify their late loss while the Chiefs will look to continue their winning start run and challenge the dominance of the Crusaders.

Weber made his debut for the Chiefs in 2014 against the Crusaders and has been prolific from the base of the scrum scoring 17 tries in 99 caps. It did not take long for his form to be noticed by the All Black selectors, making his debut in 2015 against Samoa, and has since earned 17 caps, scoring 6 tries.

The 31-year-old is an up tempo player, always looking to snipe around the fringes and elevate the speed of the game. A player who always seems to be in the right place at the right time, a trait of an exceptional scrum-half. Expect the same on his 100th game as he will be looking to keep the Blues’ defence honest.

Weber has been hailed by coach Clayton McMillian as an “outstanding team man, consummate professional,” a factor in the decision that sees him share the captaincy with Cane.

A sumptuous battle awaits in the midfield. Tuivasa-Sheck has made a very high profile move from rugby league to union in hopes of one day pulling on the All Blacks jersey. Tuivasa-Sheck’s debut was delayed by one week due to the Covid outbreak in the Moana Pasifika squad. However, the code-hopper showed glimpses of magic in his debut against the Hurricanes, attacking the defensive line powerfully with his wicked side-step and freeing his hands in the tackle to make offloads.

He looks sharp and hungry but there is still a period of adjustment to be observed, particularly at the breakdown. Nevertheless, Tuivasa-Sheck is a concern for any defence he faces up to and he will be looking to continue learning and growing as he reinvents himself in rugby union.

One of the few standing between Tuivasa-Sheck and the All Blacks jersey in none other than 22-year-old Tupaea, who featured for the national side on multiple occasions in 2021. The Chiefs centre is a very complete player: athletic, strong and very skilled with excellent game awareness.

Tupaea has impressed throughout the junior levels and even captained the New Zealand schools side. He is no doubt one tipped for the future and already has seven All Blacks caps to his name. It will be a great test to front up against a rugby league legend, but Tupaea’s knowledge and experience of union will likely aid the Chiefs centre in this epic battle.

Newcomers Moana Pasifika have had to wait for two rounds to make their Super Rugby debut due to a Covid outbreak in the squad. Finally, the time has come as the new side face up to the Crusaders this weekend.

It is a huge moment for the team led by former Wallaby Sekope Kepu as they look to break new ground in the Super Rugby Pacific era. However, their first task is arguably the hardest. The Crusaders are easily the most successful Super Rugby team, winning five titles in as many years.

It will be an uphill battle for the Islanders when they take on the All Black-laden Crusaders who appear to be able to dominate any team in front of them.

Moana head coach Aaron Mauger, a former Crusader, will be under no illusions about how difficult the clash will be and may expect his side to find their feet as the tournament goes on. What a moment it is for rugby and the growth of the game.

Fijian Drua have endured a tough start to their Super Rugby career, conceding 40 points each in the games against the Waratahs and Brumbies. Facing up to the Rebels could be one of their best chances to claim their first victory as the Melbourne-based side have looked less than convincing thus far losing their first two matches as well.

The Rebels will be looking to stamp their authority on the newcomers and get their season back on track. They boast a collection of Wallabies and should be doing better. Matt To’omua will be key in this clash.

Another New Zealand derby that is set to excite. Despite their quality, The Highlanders have failed to register a win in the opening two rounds, losing out to the Chiefs and Crusaders. They will desperate to set that right and will need to look to their forwards to provide a good base against a powerful Hurricanes pack.

On the other hand, the Hurricanes will be boosted by their late winner against the Blues scored by captain Ardie Savea, who seems to only get better and better. The side appears to be searching for balance in the backline with Julian Savea returning to the wing for this week’s clash. It will be a classic encounter packed with high-intensity rugby.

The Brumbies have enjoyed a flying start to this year’s competition and are unbeaten after triumphing over the Western Force and Fijian Drua in the opening rounds. The men from the capital will be looking to return the franchise to the top of the Australian pile. Pivot Noah Lolesio remains a crucial player for the side this weekend.

Meanwhile, the Waratahs have had a mixed start to the competition, beating Fijian Drua in the opening round and then narrowly losing out to the Reds. The team will feel as if they are trending up and this serves as a good chance to get one over their Australian rivals.