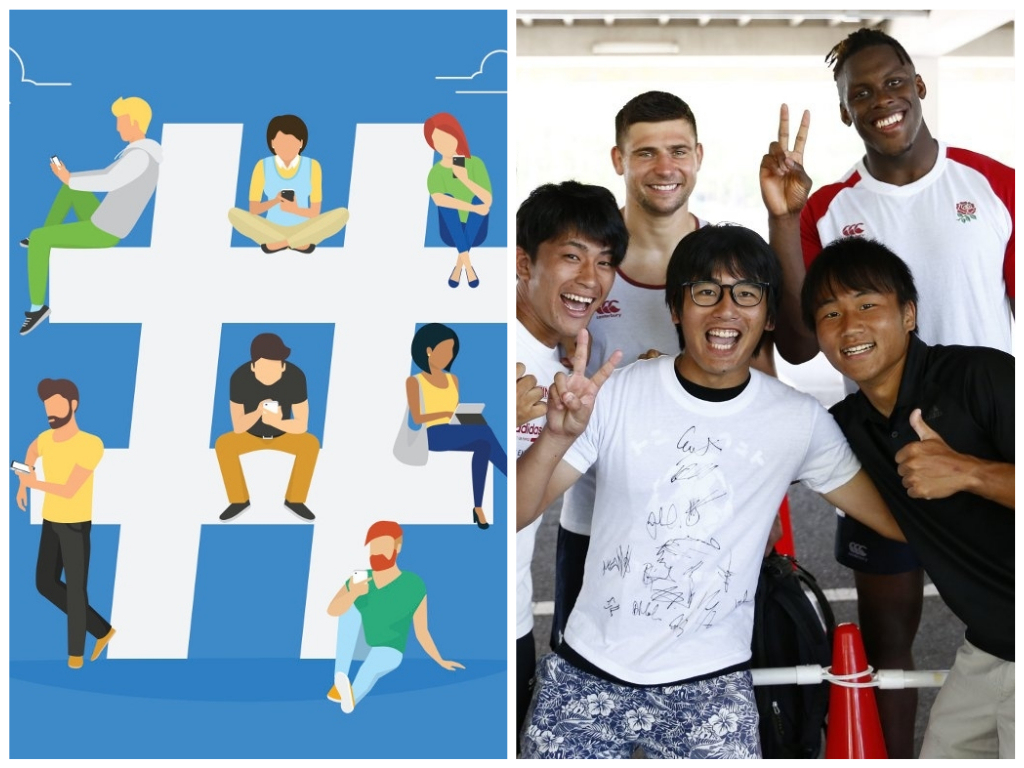 With the start of the Rugby World Cup just days away, we begin in Kashiwa where some of the All Blacks were treated to a brilliant haka from some youngsters. That haka was one of several the world champions have received since their arrival in Japan and it’s fair to say that it won’t be the last.

Look out @Tj_Perenara the young mate is coming for you spot 👍🏻 https://t.co/wv4qm8zzPW

Earlier this year, the Drinking Game by the Welsh Dalai Lama was a big hit during the Six Nations and it should become even more popular after a new version of the game was introduced for the World Cup. As always, please drink responsibly.

Meanwhile, with the global showpiece’s kick off mere days away, Rugby World Cup’s official Twitter feed have introduced emojis unique to the tournament in Japan. There’s loads in this thread.

Our official Twitter emojis are LIVE! Here's what we've got for you for Rugby World Cup 2019

Australia Women’s Sevens star Ellia Green proved difficult to stop during the opening leg of the Aon Uni 7s which was held at the University of Queensland in Brisbane over the weekend.

Earlier this week, Wales’ squad were put through their singing paces by legendary opera singer Sir Bryn Terfel ahead of their departure for the Rugby World Cup.

Wales will get a special welcome in Japan, so the boys want to respond in typical Welsh fashion 🎶 Who better to help us practise than opera legend Sir @Bryn_Terfel?

Elsewhere, after arriving in Japan, the England squad spent time at the Miyazaki District Support School to learn more about the school’s activities and Japanese culture.

Thanks to the Miyazaki District Support School for having us – a humbling and inspirational experience. pic.twitter.com/mL8T0RdIM9

Meanwhile, there are several meanies in Planet Rugby’s very own Sopranos XV.

Former Western Province, Stormers and Springboks captain Corne Krige paid his final respects to his provincial and international team-mate Chester Williams whose funeral was held at Newlands on Saturday.

Today we say goodbye to a legend, father, husband, friend. He was a great example to all men. Humble, respectful, soft hearted, and inspirational!

There was a big crowd who paid their final respects with a special song for the legendary winger.

Who are you signing this with? ✍️ pic.twitter.com/5iJKtiIeE3