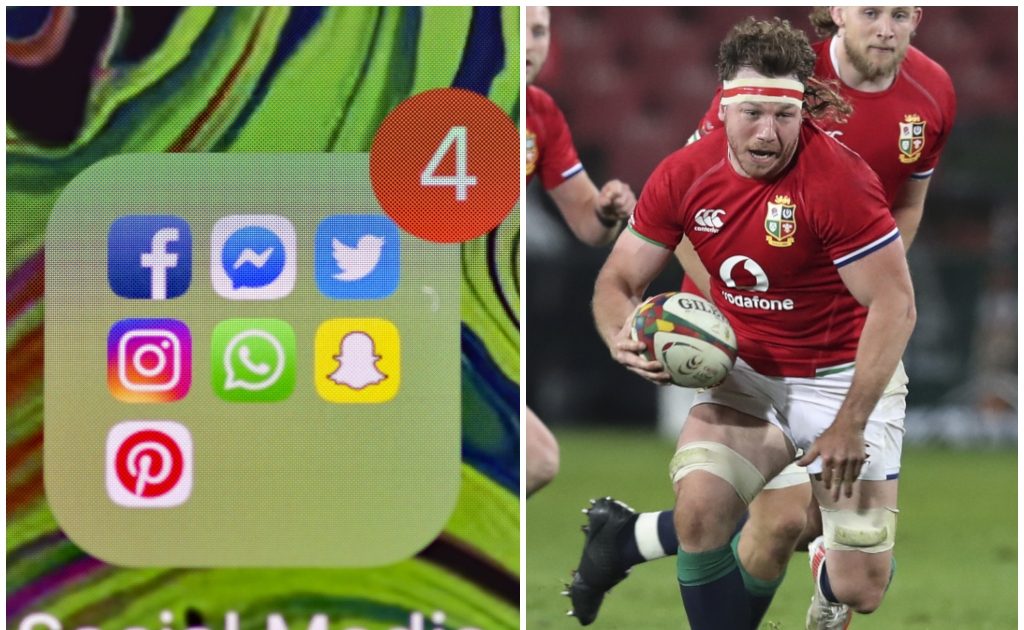 We, of course, start with the British and Irish Lions’ victory over Sigma Lions as the tourists eased to a comfortable 56-14 triumph in Johannesburg. Hamish Watson was given the man of the match award and he received plenty of praise online following his performance.

Hamish Watson was so good. So good.

There was a common theme to the posts about Watson on Twitter, given all the pre-tour comments.

Too small. He’ll never make it. Actually microscopic. I can’t even see him. Where is he #LIOvBIL

Non – Scots Media: Hamish Watson is too small for the Lions

Hamish in the first half today: pic.twitter.com/HKmNyzpWlr

“HaMIsH WaTSOn is ToO SmaLL TO PLay AgaInSt ThE SoUTh AFRicANs” #LionsRugby pic.twitter.com/RjijpgOfwB

Finn Russell started his first game for the Lions, lining up alongside Owen Farrell in the 10-12 axis, and a Scotsman had this idea.

“I’m gonna make every ball to Owen a crash or just miss him out all together” pic.twitter.com/2HPS76tTAb

Wayne Barnes was one of the assistant referees for Saturday’s encounter and hopefully he suffered less than during his training session before the game.

Here in South Africa training at altitude never gets much easier!

Back-to-back games for me this weekend, starting tomorrow with @Springboks v @GEORGIARUGBY then out on touch for @lionsofficial v @LionsRugbyCo on Sat.

If I can get my breath back. pic.twitter.com/sZpi1d5NNY

His wife, Polly, wasn’t very impressed, however, and she had these words for her husband…

Are you sure you didn’t just walk up some steps, my love? https://t.co/fMDPnmMD68

Elsewhere, South Africa stepped up their preparations ahead of the Lions series as they beat Georgia in their first Test since the 2019 World Cup. Rassie Erasmus is no longer coaching the squad but he is still doing his bit for the team on the field.

Sensational stats for the Director.

Continuing in South Africa and check out this incredible finish from Evan Roos.

Evan Ross happy to take Jaden Hendrikse with him over the line 😂#CurrieCup pic.twitter.com/XbLI5Ogw3f

Meanwhile, there were several Test matches on Saturday with the best of the action coming in Dublin. Ireland ended up securing a 39-31 triumph but Japan lit up the occasion by playing some outstanding rugby, as shown by this Yu Tamura assist.

This was simply glorious by Yu Tamura. pic.twitter.com/HvkTAnlJz8

It was far more one-sided in Cardiff as Wales thrashed Canada 68-12, but much of the focus was on Leigh Halfpenny, who unfortunately suffered a nasty knee injury. Get well soon Leigh!

This is horrible, but nobody can ever take Leigh Halfpenny’s 100 caps, 3 Lions tours, 827 points, or more importantly how much much he is loved by the whole of Wales away from him. How much noise a limited crowd was able to make for him just proved that.

That wasn’t the biggest margin of victory at the weekend, though, with Tonga shipping over a century of points to New Zealand. Many agreed that more needs to be done to support the tier two nations.

So are we ready to have that conversation about eligibility yet @WorldRugby @BillBeaumont?

The result was perhaps inevitable, however, judging by this remarkable statistic.

In 2000, Todd Blackadder captained the All Blacks in a test match for the first time. The opposition was Tonga and the All Blacks won 102-0. 21 years later, Ethan Blackadder has made his All Blacks debut in another 102-0 win over Tonga. #NZLvTGA #AllBlacks @AllBlacks pic.twitter.com/qHSUYohEbv

Moving away from the weekend’s action and there was plenty of entertainment in the rearranged U20 Six Nations. Italy particularly impressed, thrashing Scotland 43-3, and they scored this outstanding length-of-the-field try.

Turns out he was closer than we thought. @Harlequins fans, you will love this😂@QuinsFOTS @JoeMarler

Thanks to everyone who got involved in #WhereIsJoe x