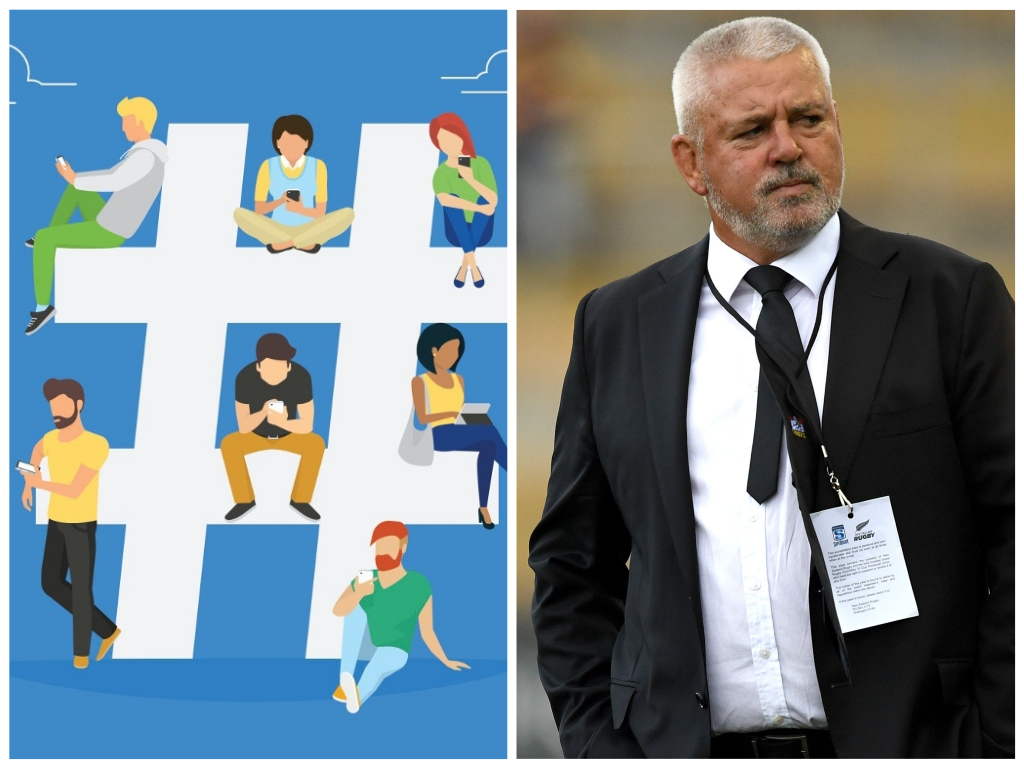 We start in New Zealand where the Hurricanes showed us what they do to stay mentally fit as part of Super Rugby Aotearoa’s Wellbeing round.

To help mark #WellBeingRound, catch up with @Hurricanesrugby to find out how they stay mentally fit off the pitch and keep connected with each other.

The Wellington-based outfit’s All Blacks star Ardie Savea was full of tricks in their win over the Chiefs, especially with this eye-catching dummy.

That encounter on Saturday was another forgetful one for the Chiefs, who finished their Super Rugby campaign with another defeat – their eighth one from as many games in the competition. Even a Twitter page has been created in honour of their plight.

This funny post from Graham Love sums up how Chiefs boss Warren Gatland’s coaching tenure in New Zealand has been this year. Tough times.

In Australia, Jack Dempsey went to great lengths to remove Angus Blyth from this scuffle during the Waratahs’ game against the Reds in Sydney.

🗣️"Jack Dempsey with the Atomic Wedgie"🍑

Heading up north, where former Worcester Warriors, Edinburgh and Scotland international centre Alex Grove was in the news with his swim across the English Channel for charity. The money raised is going to the Acorns Hospice. Well done, Alex!

32-year-old Grove said on his Twitter page that he is looking forward to adding a 36 mile badge to this towel to commemorate his amazing effort.

I’m looking forward to adding my 36 mile badge to my towel.. pic.twitter.com/A22w17KD16

Elsewhere, USA Sevens flyer Carlin Isles showed why he is known as the ‘fastest man in rugby’ as he clocked an impressive 10.34 seconds in this 100 metre race. Not bad, considering he only had a 20 minute warm-up. Isles is looking to compete at Tokyo 2021.

10.34 today, and this only being my second 100 in 4 years. Didn’t know I had 20 min to warmup because they changed the schedule and I didn’t know, and I didn’t have time to adjust my blocks. So I’ll take it. I have a lot to work on, but I can’t complain. pic.twitter.com/vHgiu4azKa

After announcing his retirement earlier in the week, Cardiff Blues number eight Nick Williams was in a reflective mood as he reminisced on the Welsh region’s come-from-behind victory over Gloucester in the 2018 Challenge Cup final in Bilbao – one of his highlights in a 16-year career. Happy retirement, Nick.

After announcing his retirement, former Cardiff Blues number eight Nick Williams reflects on one of his greatest nights playing for the Blues 👇 pic.twitter.com/K5sbuJ6Ifl

And finally, Bristol Bears captain Steven Luatua’s dog, Quinn, didn’t have a care in the world while enjoying this ice cream in the glorious sunshine.