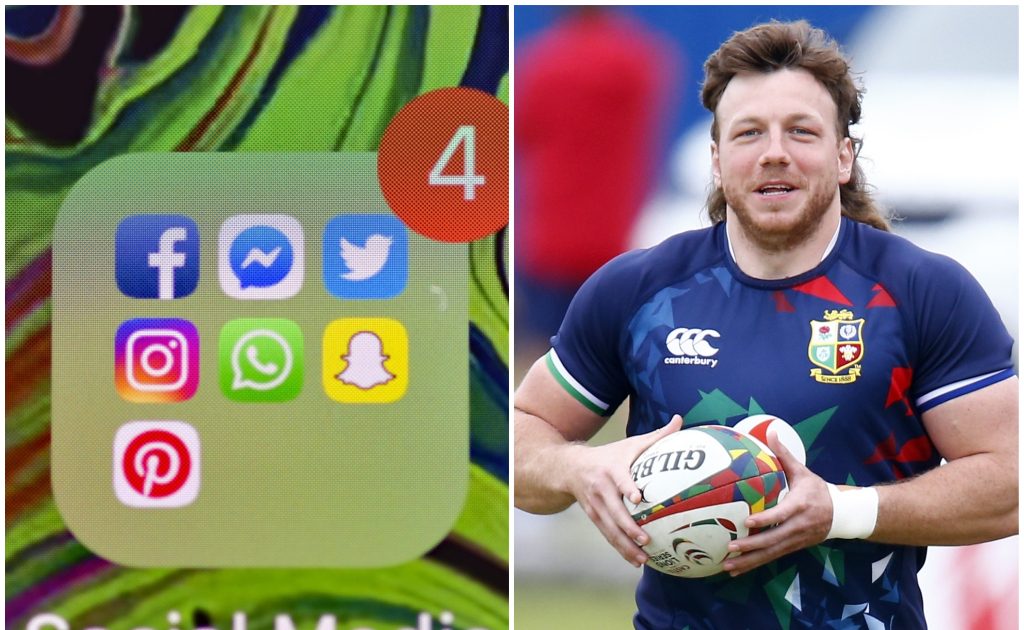 We begin at United Rugby Championship outfit Ulster where there were some impressive drone-controlling skills on display at Kingspan Stadium.

We've got you covered.

Staying with the flying theme, there was some awkwardness as the Springboks and Pumas were on the same chartered flight to Australia where they will complete their Rugby Championship programme.

Upon arrival in Queensland the Boks settled into their new surroundings with a relaxed game of head tennis.

🟢🟡The Springboks have a little bit of fun to get the vibe going before a tough gym session in Australia as they prepare to return to field training on Monday 💪🏼 pic.twitter.com/0HeK8vMK3E

Meanwhile, All Blacks back-row Ardie Savea battled to hold back his tears when speaking about his appointment as his team’s captain for their Bledisloe Cup Test in Perth.

🇳🇿 What it means to become All Blacks captain…🥲

While another All Black loose forward, Ethan Blackadder, showed that he is more than just a hard running forward with this impressive drop goal at training.

Elsewhere, Portuguese footballer Cristiano Ronaldo’s move to Manchester United hit the headlines on Friday but he’s still not as good as Hamish Watson, according one of the Scotland, Lions and Edinburgh flanker’s admirers.

In France, despite being relegated from the Top 14, these Bayonne supporters were in good spirits as they started the new season in the Pro D2 competition.

Great to see the Pro D2 back last night, and especially with a full house

Few better atmospheres than at Jean Dauger when Bayonne are in action, and looks like the fans enjoyed being back!pic.twitter.com/I3FRwDzaOA

Those Bayonne fans were in raptures after this brilliant try-assist from Remy Baget in their victory over Agen at Stade Jean Dauger.

Meanwhile, Edinburgh’s forwards and backs seem to have different ways of preparing for the upcoming season.

The difference between forwards and backs.

In South Africa, it was a sad day for their national Sevens team’s fans after veteran Blitzbok Chris Dry announced his retirement from the game on Friday. Thanks for the great memories, Chris!

A brilliant servant to the @blitzboks 🇿🇦

And finally, there were jubilant scenes at the Tokyo Paralympics on Sunday as Great Britain won the Wheelchair Rugby gold medal after beating the United States in the final. Congratulations!