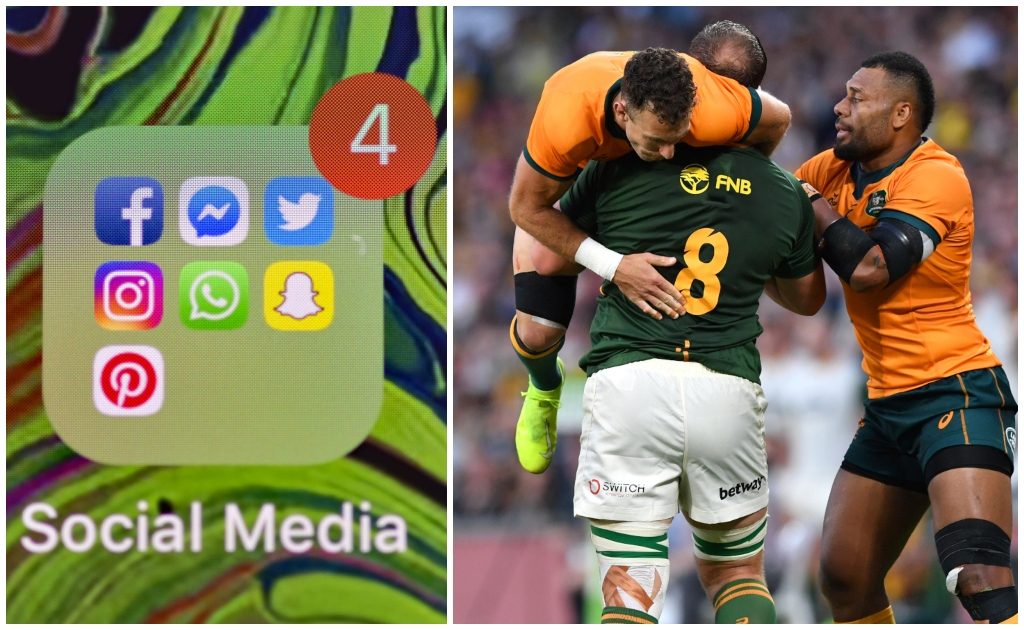 We begin with the Rugby Championship and once again Stan Sport impressed us with their coverage as another pre-game chat took place, this week with Samu Kerevi.

Samu Kerevi takes us live into the Wallabies warm-up 🗣

On to the match and it was another win for Australia as they overcame South Africa. However, there was only one winner between Duane Vermeulen and Nic White.

With the likes of Len Ikitau and Marika Koroibete starring on Saturday, it is fair to say that the Wallabies have silenced all of their doubters from not long ago.

Can everyone stop pretending this is an ‘ordinary’ or unimpressive Wallabies team now, please?

Meanwhile, it’s worrying times for the Springboks and Linebreak Rugby had some fun by suggesting that another video from Rassie Erasmus could be on the cards.

"What's up internet it's your boy here back with another video…" pic.twitter.com/oeTNr5vsZl

Staying in Brisbane and the second game of the double-header saw New Zealand beat Argentina once again. Here’s a comical dummy from their skipper Ardie Savea.

With Quade Cooper doing his thing for Australia in his 30s, Springbok fly-half Morne Steyn was also showing off but this week on the golf course with a hole in one.

Speaking of veterans, one rugby star has finally hung up his boots as Wallaby legend Adam Ashley-Cooper retires and now turns to coaching. Some nice messages here.

All the best to Ashley-Cooper moving forward and one man also getting things in order for future life is the graduating Jamie Roberts at Cambridge University.

There was not just international rugby union on the schedule this weekend as the Premiership returned and it was amazing to see fans in attendance at Welford Road.

One player who stood out in that game was full-back Freddie Steward, who opened the Tigers’ try account and then went on to play a role in centre Matt Scott’s score.

This is all about Freddie Steward! 💫

Terrific handling ahead of the kick. The ball bounces kindly for the 20-year-old before Matt Scott dots down for @LeicesterTigers! 🐯#GallagherPrem pic.twitter.com/BMlryBkyOg

The round began on Friday though when Saracens enjoyed a wonderful return to the top flight with a victory at Ashton Gate. Bristol Bears didn’t take the defeat well.

🏉 Alex Lewington pounces on the neat grubber to go over in the corner.

Finally, we wrap things up in France where a moment of madness from Castres forward Ryno Pieterse saw him given his marching orders against Bordeaux-Belges. Wow.