Home Premiership Sunday Social: The loss of a sporting great, Fijian Drua get off the mark and an outrageous pass 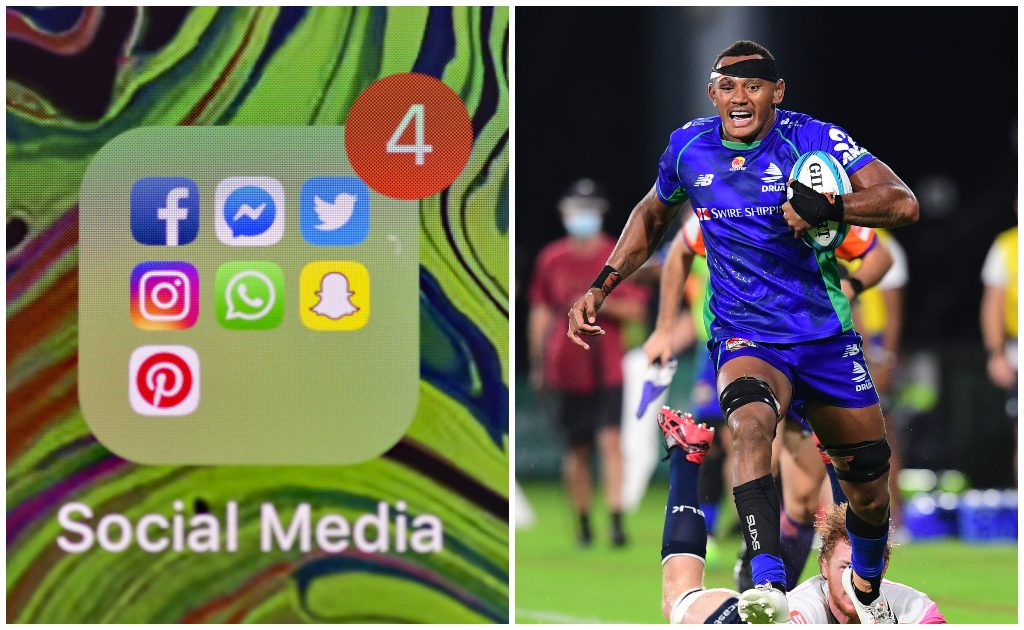 Starting off, a beautiful tribute for the late Shane Warne who tragically passed away this week. A sporting icon and a cricket superstar, the world will simply not be the same. Rest easy, Warney.

A loss felt around the sporting world. 😔

Shane Warne left an impression on everyone he met, and gave memories to those he crossed paths with. 👏🏏

Wallabies legend Matt Giteau shares his condolences after the news. The loss of Warne is not just to cricket but to the entire sporting world.

😢😢 A true Aussie legend gone too soon. Another very sad reminder to maximize the days we have 💔

Meanwhile, in Super Rugby Pacific, there were joyous scenes on Australia’s Sunshine Coast as the Fijian Drua grabbed their first ever win when they beat the Rebels 31-26 on Friday. Is this a sign of things to come?

Elsewhere, fellow tournament newbies Moana Pasifika huddles with the Crusaders after their first ever game, in song. What a moment of acceptance for the newcomers. Super Rugby Pacific is so culturally rich. Great moment.

This is what it means. Welcome to the family, @MoanaPasifika_#SuperRugbyPacific pic.twitter.com/T5D1mwlUq1

Staying in New Zealand, where the Chiefs performed a traditional war dance at Eden Park to honour their eighth centurion Brad Weber who went on to score a brace of tries in a narrow defeat to the Blues. Good on you, Webby!

@brad_weber9 a world class rugby player, but an ever better bloke ❤️ Congrats on the 100 Spud 🧹 pic.twitter.com/aZCcsq6vAO

Dancing in the moonlight? In Wellington, Hurricanes skipper Ardie Savea shows just how fleet footed he is for a mountain of a man during his side’s triumph over the Highlanders.

🕺🏽 Move over Macarena, the Dougie and Gangnam Style, we present you with…the ARDIE SHUFFLE!#HURvHIG #SuperRugbyPacific pic.twitter.com/Kv9axgbOBZ

The only day you’ll see Joe Marler* and Ginny Weasley in the same sentence.

Staying with the World Book Day lookalikes, the apple doesn’t fall far from the tree for this one. England legend Jason Robinson’s son is a dead ringer for his famous dad. Could not have scripted that one! Looks like you’re enjoying holding on to that World Cup hey Master Robinson?

How good is this ❤️ @Jason15Robinson’s son Noah dressed up as his dad for #WorldBookDay 🌹🏆 pic.twitter.com/C1wuWEw7ul

Is the Loch Ness monster real? Mixed answers from the Glasgow lads who seemed to enjoy answering this one.

Is this legal? The real Joe Marler arrives at the ground looking like a bearded Red Riding Hood ahead of Harlequins’ clash with Newcastle Falcons on Friday.

Wow! London Irish’s Nick Phipps shows his class as he whips one around the traffic circle to set up a try in his side’s win over Worcester Warriors. What a beauty!

And finally, this poor lad was folded like a T-shirt! He needs to remember his passport if he is going to get bounced like that.