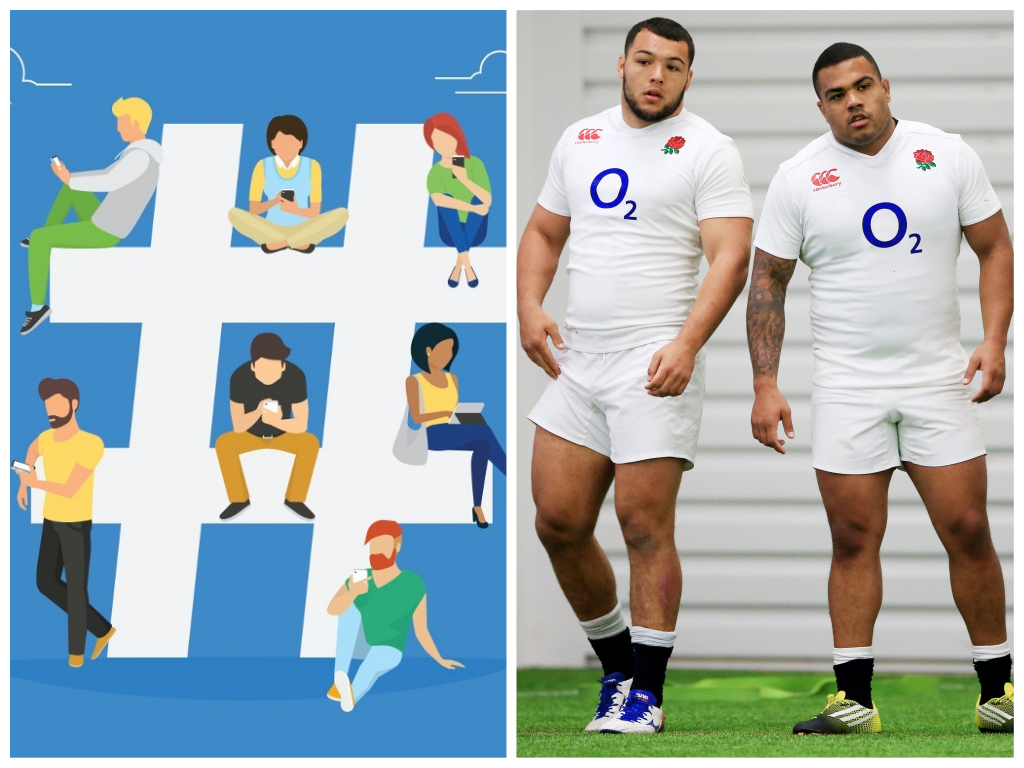 We start off at the RDS Arena in Dublin where Storm Dennis made for a poor spectacle during Leinster’s one-sided PRO14 victory against the Cheetahs. The storm made life difficult for Leinster hooker Sean Cronin at this particular lineout.

The atrocious weather conditions had an effect both on and off the playing field and led to some stand closures at the RDS.

UPDATE: North and South Stands will be closed for today's game due to #StormDennis.

Supporters with tickets for the North and South Stands will be accomodated in the covered stands, starting with the Anglesea Stand on a first come, first served basis.#LeinsterRugby #LEIvCHE

England flyer Jack Nowell had some fun at the expense of his Exeter Chiefs team-mate Stuart Hogg after the full-back dropped the ball while crossing the try-line in Scotland’s Six Nations opener against Ireland earlier this month.

Hogg had the last laugh, though, and was very self-deprecating when touching down for the Chiefs in their win against Gloucester at Kingsholm on Friday.

Great work from the Scotland captain, who starts the move in his own 22 before getting the ball back to score a try! 👏 pic.twitter.com/HHmTQqBA5m

He’s done me dirty there!!! https://t.co/kqY6ICITzC

Talking of bromances, in the England camp, front-row duo Ellis Genge and Kyle Sinckler got into the Valentine’s Day spirit.

Elsewhere, it was Pride day at the Harlequins v London Irish game at Twickenham Stoop on Saturday.

🏳️‍🌈 "It was one of my regrets I didn't come out while I was a rugby player."

🃏 Former Harlequin Simon Miall on his time at The Stoop, marriage and why he's supporting our Pride fixture.#COYQ pic.twitter.com/1y67EeEjBh

In Super Rugby, All Blacks centre Ngani Laumape was once again in fine form for the Hurricanes in their 38-22 triumph over the Sharks in Wellington.

There was no shortage of highlights when @Hurricanesrugby took on @TheSharksZA tonight in Wellington!

And we end off with very sad news from Munster Rugby after it was revealed that one of their stalwarts, Garrett Fitzgerald, passed away at the age of 65 on Friday following an illness. Fitzgerald served as Munster’s chief executive from 1999 until his retirement in June last year.

It is with great sadness that we learned of the passing of Garrett Fitzgerald this evening following illness.

Our thoughts and prayers are with Áine, Megan, Jamie and Michael, and the extended O’Donnell-Fitzgerald family.