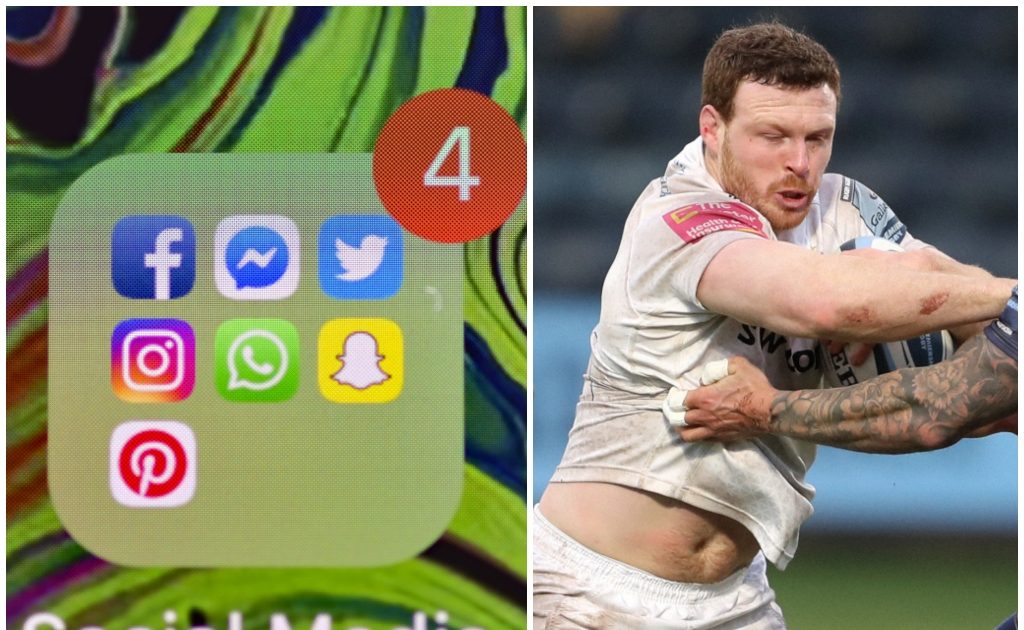 We start with Exeter Chiefs number eight Sam Simmonds, who has had another stunning season so far, and BT Sport gave a complete rundown of all his tries in 2020/21 prior to the Bath game on Saturday.

Here are all 1️⃣2️⃣ of his tries this season!#GallagherPrem pic.twitter.com/UPyTTFq7qr

And of course Simmonds went on to grab another one, this time in front of British and Irish Lions head coach Warren Gatland, leading many to wonder whether the England discard will instead be playing against South Africa in July and August.

Sam Simmonds will not be denied, that's 13 tries for the season now 🔥

As for Exeter, they just don’t want him to stop scoring with the defending champions moving back up to second in the table.

Simmonds’ omission is a common theme for in-form Premiership players, with Eddie Jones resisting the pressure to select certain individuals that are standing out in England’s top-tier.

All Blacks great Beauden Barrett was less impressed with the Bath v Exeter encounter, however, with water carriers often entering the field, and we very much agree with the fly-half.

Watching the Bath vs Exeter game.. Why is there 8 yellow bibs on the field every stoppage?! Play the game!

Barrett is currently plying his trade in Japan and both started and finished this wonderful try. It’s fair to say that the two-time World Player of the Year has began well at new club Suntory Sungoliath.

🚨 Warning: Kick to Beauden Barrett and get punished…pic.twitter.com/ojzVFfA8cC

Continuing with All Blacks starring in Japan and TJ Perenara has settled in nicely. He has been a key component at NTT DoCoMo Red Hurricanes and showed how to win a game late on with this wonderful score.

Keeping with the theme of magic rugby, it is back to the Premiership now where Sale’s AJ MacGinty produced this obscene off-load to set up Lood de Jager’s try in their win over Newcastle Falcons.

AJ MacGinty, that is 𝙢𝙖𝙜𝙞𝙘𝙖𝙡 🧙

From current Sale players to a former one and Mike Haley showed his class here with a superb solo crossing for Munster in their win over Connacht in the PRO14.

But the weekend’s big story, of course, came in the Championship where an international-laden Saracens lost their opening game of the season to Cornish Pirates.

That prompted us to head to the meme bank again and this Would I Lie To You? statement seemed an ideal fit for the loss. Is promotion not a foregone conclusion?

Speaking of Saracens and Andrew Forde did some digging over the week after their England captain, Owen Farrell, ranted at the referee in the Wales-England game.

But I thought Owen Farrell said you couldn’t do this until water carriers were off and the defensive line was set?!? pic.twitter.com/cpzZDM9MDT

That Six Nations result has continued to be in the spotlight but for a refreshing change it has remained light-hearted as bets are honoured. Here’s Joe Marler.

A bet is a bet. Congratulations to @SteveSpeirs4 and your fellow countrymen x pic.twitter.com/UnPTljQeFZ

While his Quins team-mate, Mike Brown, stayed true to his word and wore a Wales jersey at training after losing a bet with Scott Baldwin. Great stuff, guys.