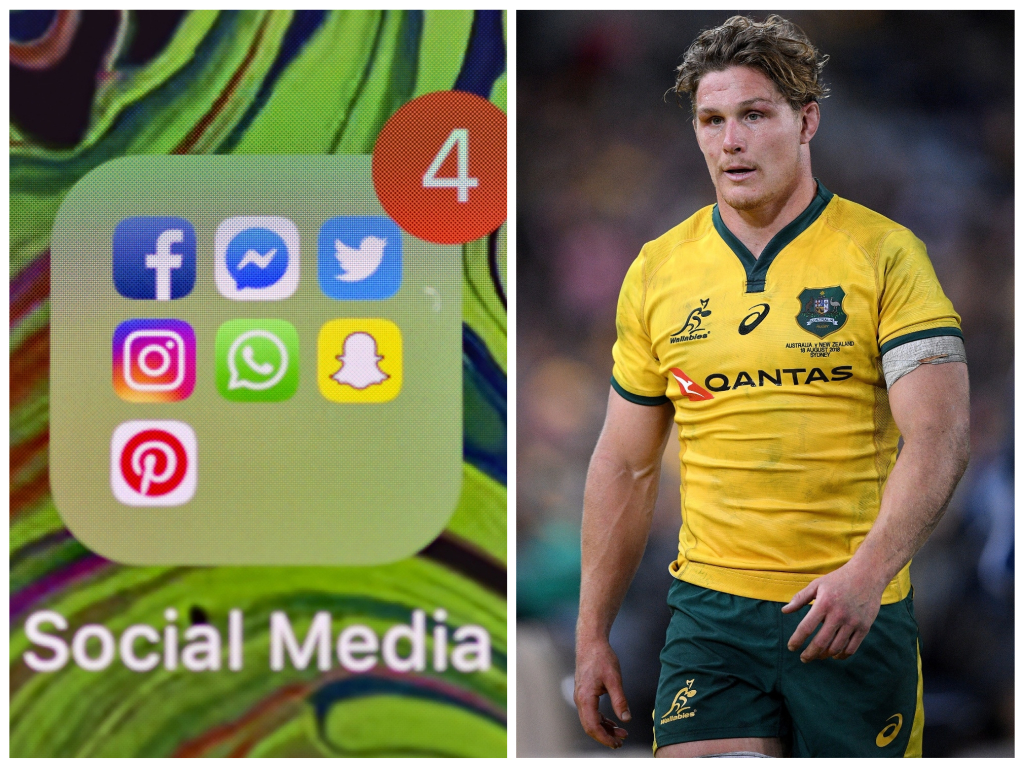 We begin in Wellington, where New Zealand and Australia had to settle for a 16-16 draw in their Bledisloe Cup clash. As usual, the All Blacks opened proceedings with a spine-tingling haka.

That Test was a momentous occasion for Wallabies captain Michael Hooper, who was playing in his 100th Test, and after the game he received a wonderful gift from the All Blacks to celebrate his achievement.

🤝 What it’s all about. Thanks @allblacks. #Wallabies #BledisloeCup #NZLvAUS pic.twitter.com/P98SBr0B58

It was also a special day for Caleb Clarke as he made his Test debut for New Zealand and his dad – former All Blacks centre Eroni Clarke – and the rest of his family and friends were in Wellington to congratulate him after the game.

The day was not so special for Clarke’s team-mate Rieko Ioane, who botched a certain try and his failure to ground the ball came back to haunt the All Blacks in the grander scheme of things.

Check out this amazing move by the @AllBlacks only for Rieko Ioane not to ground the ball correctly 🙆‍♂️🙆‍♂️ #NZLvAUS #BledisloeCup pic.twitter.com/kwTK800YFs

Heading over to England, where Wasps back-row Jack Willis came to the fore with an excellent performance in his side’s 47-24 triumph over Bristol in their Premiership semi-final at the Ricoh Arena. Willis’ outstanding display was rewarded with the official man-of-the-match award after the game.

"I've just got to keep working hard and improving as a player and hopefully that opportunity comes one day."

Wasps' Jack Willis admits that a future with England is driving him on after a superb man-of-the-match display vs. Bristol Bears 🌹#GallagherPrem pic.twitter.com/QgkkFAKdYw

Wasps face a daunting task against Exeter Chiefs, who will be playing in their fifth consecutive Premiership final after they notched an impressive 35-6 win against Bath in the other semi-final at Sandy Park.

For the fifth year in a row, @ExeterChiefs are into the Final!

Another #GallagherPrem Twickenham showcase awaits after a superb victory over Bath at Sandy Park.

Will a second title come their way in two weeks’ time? #EXEvBAT pic.twitter.com/YYrM3lnm7c

Elsewhere, in the PRO14 it was a great moment for Scarlets front-row Samson Lee when he received a congratulatory message from world heavyweight boxing champion and fellow traveller Tyson Fury after Lee was selected for his 150th appearance for the Welsh region in their game against Glasgow Warriors on Sunday.

In Ireland, Munster’s official supporters club shared some interesting pics of their scrum-half Craig Casey. The first photo is of Casey as a youngster on the arm of former Munster and Ireland number nine Peter Stringer and the second one is of the 21-year-old in action for the Irish province in the Champions Cup. He’s certainly come a long way.

How it started how it's going pic.twitter.com/MWeVHL318l

We end off with Saracens and England hooker Jamie George, who looked back at the time he and some of his Red Rose team-mates showed off their football skills against a team of youngsters during last year’s Rugby World Cup in Japan.

We sure showed those 12 year old Japanese kids what English football is really about… https://t.co/r6Qr8rDhVw

Saracens also created this brilliant send-off interview for stalwart Richard Wigglesworth as the club got his family to ask the questions in a nice touch.