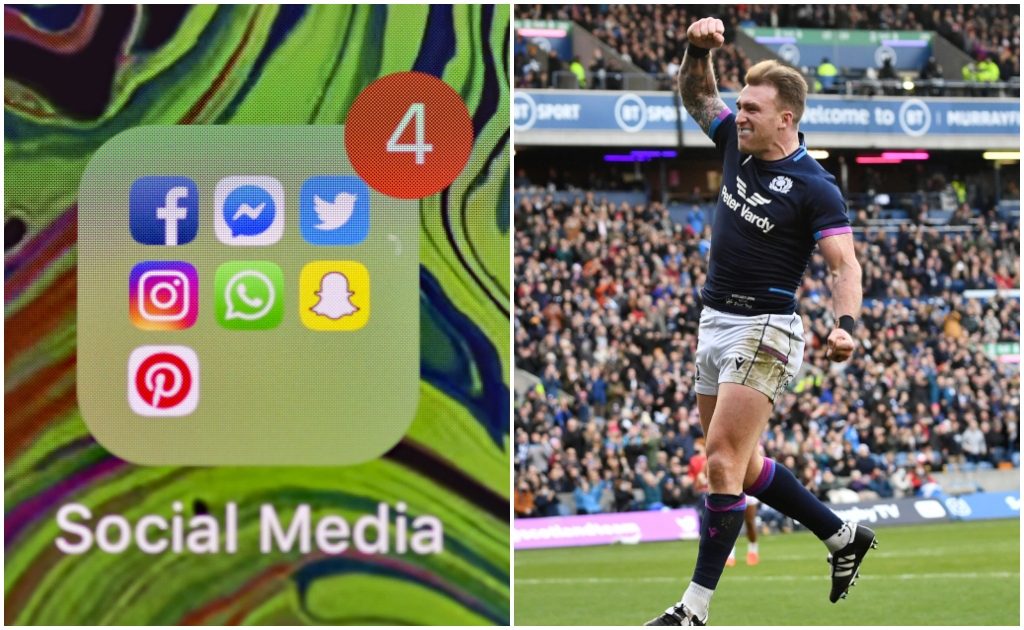 We begin at Twickenham, where there was a sense of anticipation ahead of the big Test between England and the world champions, South Africa. What a picture.

The match was a real classic and full-back Freddie Steward was one of the home side’s heroes as he delivered a player-of-the-match display. After his showing he shared a special moment with his grandad, who was in the crowd. He later said he was his hero.

Another memorable moment occurred during that Test when front-row adversaries Kyle Sinckler and Ox Nche shared some words in the heat of battle. Any guesses as to what was said in that conversation?

England’s victory was a momentous occasion for their players, who couldn’t hide their delight at the final whistle.

Elsewhere, the BallCarrier guys hit the nail on the head with this funny analogy which happened during Wales’ win over Australia in Cardiff.

When you walk away from your laptop but your headphones are still plugged in #WALvAUS pic.twitter.com/XYu6q1hGU1

The big news of the past week was Springbok director of rugby Rassie Erasmus’ suspension after his criticism of match officials. Although he was not allowed to be in attendance at Saturday’s Test at Twickenham, several Bok fans displayed their solidarity by wearing Rassie masks.

This was Erasmus’ initial reaction to his suspension.

He also shared what he’ll be doing during his two-month stint away from the Springboks.

Sad not to be with the boys !!Captain's Practice time now !! I do however get the feeling the 2 months will not be so bad as feared !!🇲🇺🇿🇦 pic.twitter.com/ft7K2VgrUa

At Murrayfield, it was a great occasion for Scotland captain Stuart Hogg as he set a new Test try-scoring record for his country when he crossed the whitewash during their win against Japan.

Hogg was in a jubilant mood when he broke that record and both he and Scotland coach Gregor Townsend were delighted that he managed that feat.

In Paris there was a superb win for France against New Zealand in the late game. After the match, two of the game’s best number nines shared a photograph.

Meanwhile, the Springbok women’s team had a unique way of thanking their English counterparts for training sessions.

What a day of making rugby friends for life! Great gesture by @EnglandRugby to share two days of training with our squad.
The best way to thank them was with a song from the heart! #NovemberSeries2021 pic.twitter.com/A6Zeewn6Lp

Staying in England, there was a brilliant light show on display at the Brentford Community Stadium ahead of London Irish’s Premiership Rugby Cup win over Saracens.

It was not so beautiful for Gloucester prop Jamal Ford-Robinson though, as he found himself in a spot of bother with a broken nose over the weekend. We hope he had better luck at the hospital.

"it's still dented isn't it" pic.twitter.com/LgzsWD8yfs