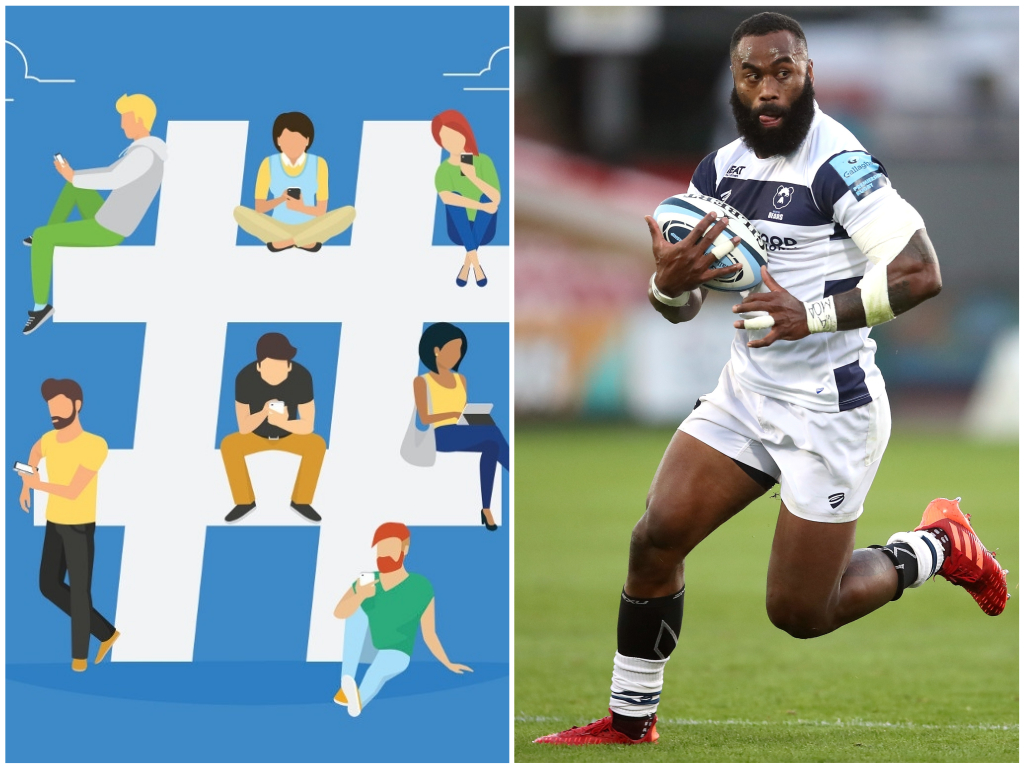 We begin with footage of the Premiership’s latest sensation, Semi Radradra, who proved almost unstoppable at times in Bristol’s away win over Gloucester.

The Bears’ record over their West Country rivals – Bath and Gloucester – certainly makes for impressive reading and their social media team highlighted it.

There's a 🆕 kid on the block in the West Country. 🐻#GLOvBRI pic.twitter.com/8mE4wXmRnQ

Meanwhile, Bath’s Josh Matavesi left egg on the face of Tomas Lavanini with this outrageous dummy which set up a try for Tom de Glanville at Welford Road.

Josh Matavesi sold EVERYONE with that dummy 😱

Look at the smile on his face during the replay too!

Elsewhere, there was plenty of excitement in Scotland where the PRO14 returned to action with the 1872 Cup clash between Edinburgh and Glasgow Warriors.

BT Murrayfield is ready for the return of rugby in Scotland.

The #1872Cup kicks off at 5.15pm BST and is live on @PremierSportsTV pic.twitter.com/dANWbN9zZe

Similarly in Ireland where arch rivals Leinster and Munster went head-to-head in an entertaining encounter at the Aviva Stadium in Dublin on Saturday.

Surreal but great to have it back pic.twitter.com/QbUxqFcnDt

In Wales, Scarlets number eight Uzair Cassiem got a bit carried away by thanking his team’s fans – in an empty stadium – after their triumph over Cardiff Blues.

Edinburgh were in a celebratory mood after winning the 1872 Cup for the third year in a row. That result now extends their lead in Conference B to five points.

In the Premiership, Saracens back-row Michael Rhodes showed his skill set as he landed this cheeky drop goal in his side’s home win over Harlequins. Unfortunately, it came after the referee had blown his whistle. Get the sound on for this video from Sarries.

If only…@MikeRhodes7 follows in the footsteps of Hugh Vyvyan and @Al_Hargreaves but like Al's, his drop goal unfortunately didn't count 😞

Heading Down Under, where Tate McDermott was on fire for the Reds with this brilliant try in their one-sided Super Rugby AU victory over the Western Force.

Staying in Australia, where we had this awful call from the TMO in the Brumbies v Waratahs match in Canberra. We cannot understand how this was missed.

Offside? It was given! Ryan Lonergan over for the five pointer. @BrumbiesRugby 7@NSWWaratahs 3

Finally, in South Africa, the Sharks have kept themselves busy by taking up the latest dance craze, the Jerusalema Dance Challenge, ahead of their return to action.

Sunday vibes! #OurSharks put their own spin on this proudly South African track 🦈