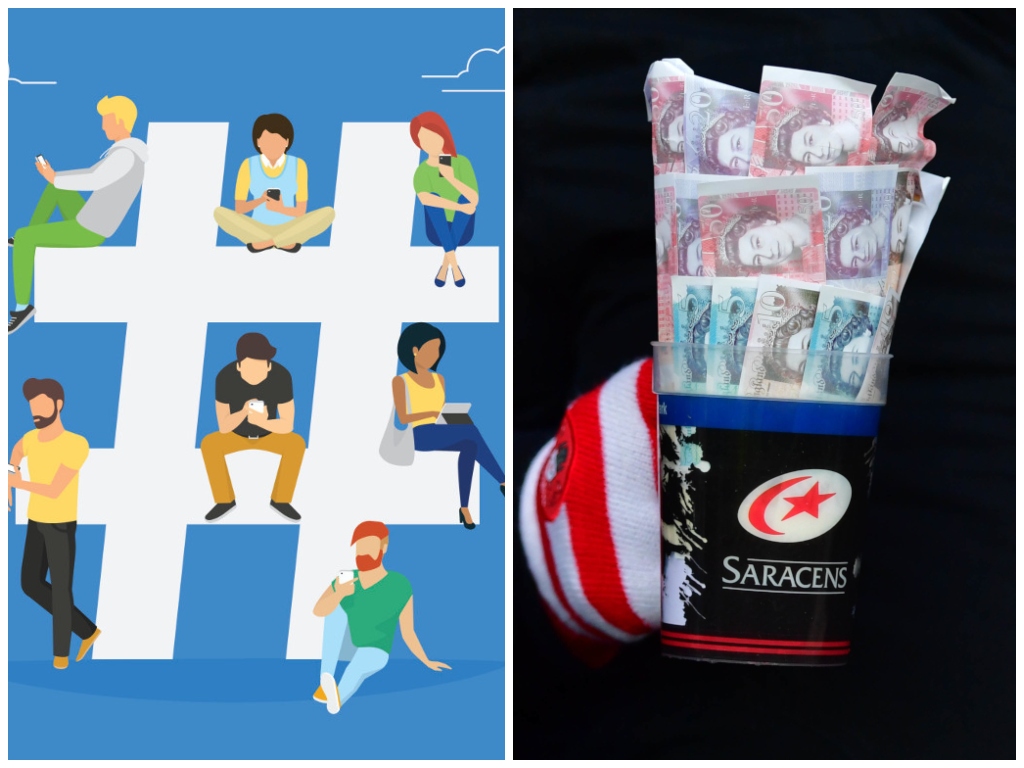 Where else to start but this week’s huge news surrounding Saracens and their salary cap punishment? A 35 point deduction and over £5m fine was handed down, pending an appeal from the club, with this person making some interesting points on the subject.

I wrote a ridiculously long essay on the Saracens salary cap punishment, with apologies to my three followers who might care… #rugby pic.twitter.com/gs3U3AdBYS

Of course the news that broke on Tuesday opened the floor to plenty of reaction on social media, with Graham Love on form.

Rest of the Premiership reacting to the Saracens news pic.twitter.com/TTTF8yNsAq

One Gloucester supporter at Kingsholm got creative with his attire as he sent his own message to Saracens over the weekend.

Gloucester fans reminding Saracens that there is a 'celery cap' pic.twitter.com/FvPHSVBCB4

Here’s Mark McCall’s reaction as he faced up to questions from the media ahead of their Premiership fixture with Gloucester.

How did it happen?
How does this impact the squad?
How did the players respond?

Thousands of miles away in South Africa it’s still party time as the Springboks go on their victory parade around the country.

After touching down they have been showing off the silverware elsewhere, one such place being Siya Kolisi’s former club.

Siya Kolisi's former club rugby team,The African Bombers, have all come out to welcome the team.They have broken out in song,igqwijo, in anticipation of the Springboks arrival. #sabcnews pic.twitter.com/XzjdPJZOK9

Spreading the cheer from South Africa to Munster were some of the PRO14 side’s former staff as they sang Stand up and fight.

This is amazing footage of a schoolboy in tears after having his boot signed by the Springboks. Nadia sums this up perfectly.

Pretoria was a picture as the Springboks rolled into town…

And the Boks continue their celebrations in Port Elizabeth today. The Webb Ellis trophy truly is a beautiful piece of silverware.

Amazingly though, it was a South African on board this boat that stole the headlines this week as a video of a beluga whale enjoying a spot of rugby went viral. It is reported this took place near the Arctic Pole.

As a result, this joke had to be made.

Rugby is the national game of Whales
🏴󠁧󠁢󠁷󠁬󠁳󠁿🏴󠁧󠁢󠁷󠁬󠁳󠁿

Some of England’s players enjoyed their time off after the Rugby World Cup by appearing on ITV’s The Jonathan Ross Show to clear up their challenge to the haka. Needless to say Joe Marler stole the show.

On an English chat show, England players reveal their V-shaped response to the All Blacks’ haka was a mistake. pic.twitter.com/dlg8M7MBNz

Back to on-field action and this was an exceptional angle of Tom Marshall’s try for Gloucester against Saracens on Saturday.

This angle of Tom Marshall's solo try is absolutely outstanding 😍

Such good control it belongs on @btsportfootball! pic.twitter.com/4UWml84tb3

This was also a stunning score from the Kings as they broke their 2019/20 duck, beating the Ospreys 16-14 at the Liberty Stadium.