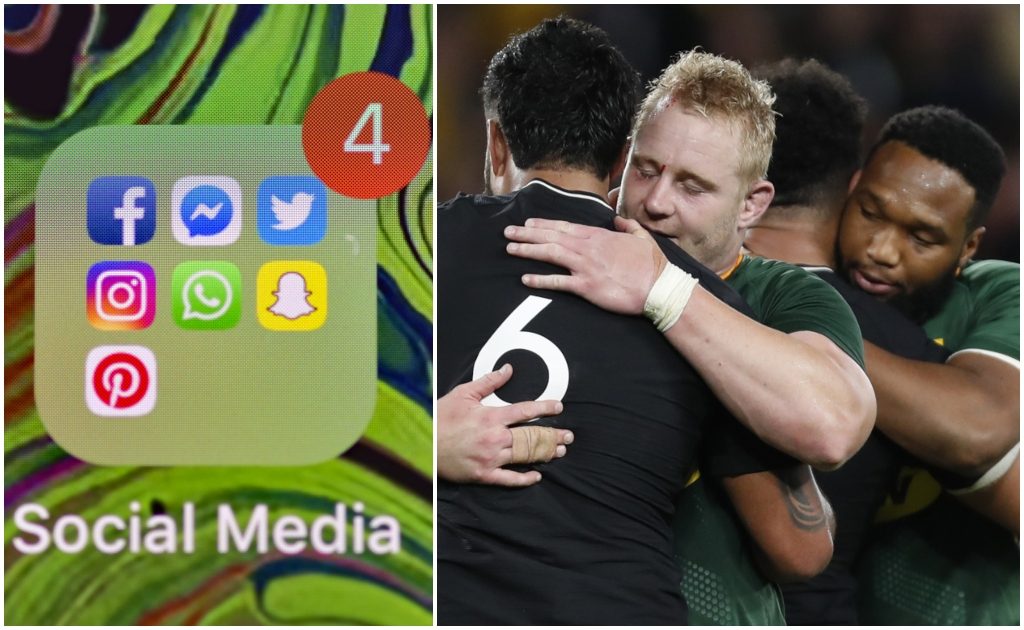 As it is the week of the new James Bond film release, we will kick off there as World Rugby offered a possible successor for Daniel Craig in the leading role.

Italy also joined in the fun and we’ll agree here that Azzurri head coach Franco Smith looks perfect for the job. Look at this blue steel pose from the boss.

Filming footage was unfortunately absent for Newcastle Falcons hooker George McGuigan at training as apparently he scored a worldie in training. Poor bloke.

Angry scenes today at Kingston Park as George McGuigan claims to have scored "the greatest goal ever seen in the history of football" during the team kick-about, but the video analysis camera was pointed towards the other end of the field at the time.

This could get messy.

One player who had no such trouble getting his camera set up was New Zealand scrum-half Aaron Smith as he executed this impressive trick shot passing exercise.

🧙‍♂️ Aaron Smith showing why he's the best passer in the game.

Not to be outdone, Black Ferns player Kendra Cocksedge showed Smith that anything he can do she can do better. Expect plenty of fans to give this drill a go…

Dipping into club rugby for a moment and Bristol Bears ended their poor run of form with a win over Bath. How about this honest interview with Kyle Sinckler?

Pure class from @KyleSinckler on holding yourself accountable and stepping up for the team.

One former prop and now coach who won’t be as pleased with his team this week is Matt Parr, with Leicester Tigers giving him another 10 years on his birthday!

A half century up for Matt Parr.

Staying with the prop theme and Tigers v Saracens clash, our heart went out to the injured Ralph Adams-Hale as replacement Eroni Mawi made a serious blunder.

On Saturday the focus shifted to Rugby Championship matters and Australia won again as they beat Argentina 32-17. Here’s Taniela Tupou picking on a scrum-half.

Unfortunately for the Pumas there was yet another yellow card at international level for lock Tomas Lavanani, which didn’t go unnoticed by several supporters.

In a crazy world where anything can – and frequently does happen – Tomás Lavanini getting carded is the one certainty we can rely on. #ARGvAUS

The star of the show, however, was a wing as Andrew Kellaway’s superb form continued as he ended his Rugby Championship in style with a hat-trick of tries.

It was then all about South Africa against New Zealand on the Gold Coast but earlier in the week there was a bit of fun poked at the Boks’ kick-happy game-plan.

But credit to them, the world champions produced a much-improved showing as they beat the All Blacks 31-29. There was penalties galore though late in the game.

Springbok fans, players and coaches though will be buoyed by this result as they avoided four straight losses and also got one over their old enemy. Well done, Boks.

Despite the defeat, the Rugby Championship trophy is New Zealand’s after they secured five wins out of six. Here’s captain Ardie Savea with the coveted prize.

But now for a bit of a laugh as commentator, broadcaster and writer Sam Roberts poked some fun at Rassie Erasmus’ famous rings that he uses for his videos.

Love the way it looks as though Rassie has circled the referee at this point… pic.twitter.com/ebelIT0QUn

Here is the man himself enjoying the result with a beer in his boxer shorts. It’s clear he enjoyed this one after what’s been a tough few weeks for the Springboks.