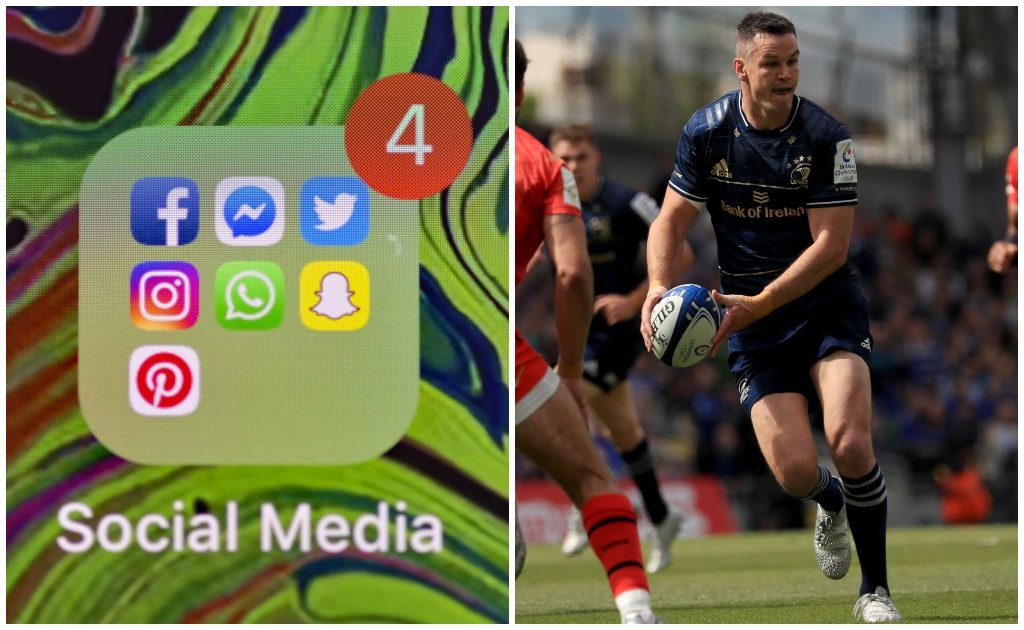 Let’s kick things off with some Rugby World Cup news as the host nations for the upcoming tournaments were announced this week, with USA set to stage their first.

🌎 A time for rugby to rise, all around the world

🤩 Rugby World Cup's Golden Decade is going to be a lot of fun! #RWCAnnouncement pic.twitter.com/siydahmbIx

In reaction to this, one Scottish fan decided to use the announcement as a chance to take a dig at England and USA simultaneously…

Great news for England as the USA is awarded RWC 2031. Meaning in just 9 years time they’ll no longer be the only host nation to go out in the pool stages.

USA was understandably delighted with the news though as this video, which included an incoming call from President Joe Biden, got some laughs.

Meanwhile in the Champions Cup, Tadhg Furlong was doing Tadhg Furlong things on his short outing for Leinster before he was replaced due to injury. Could anyone else on the planet replicate what this man is capable of in the three jersey?

"He is a fly-half hiding in a tighthead's body!"

And @joshvdf with another crucial score 👊

After the devastating 40-17 defeat, it was reassuring to see that Toulouse fly-half Romain Ntamack wasn’t taking the loss too badly as he was back on telly for the second time on Saturday. Sadly his lookalike’s Eurovision attempt was about as successful as the real thing’s Champions Cup outing earlier in the day.

Nice to see Romain Ntamack has gotten over the semi final already pic.twitter.com/niHjv0BCeb

Lyon edged their way past Wasps in the Challenge Cup 20-18 and afterwards the squad were fired up in the dressing room (and rightfully so)! The win has paved the way for an all-France final as they’re set to meet Toulon after they defeated Saracens.

Down in South Africa, a power black out sparks the Xhosa commentary team into life, prompting unscripted cries of “load shedding!”. Why on earth can’t English commentary be this entertaining? For reference, South Africa does not have enough electricity generation capacity at times so they have scheduled blackouts called “load shedding”.

This is without a doubt the funniest clip I have seen in rugby 😂😂 Load shedding + Xhosa commentary is UNBELIEVABLE 🔊 pic.twitter.com/zTdeAly8O5

All-time New Zealand great Richie Mo’unga reached a huge career milestone with 1,000 points scored in Super Rugby. He sealed the feat with a straight-forward penalty in front of the sticks.

However it was not all smiles for the All Black fly-half as Tom Wright embarrassed the Crusader with a series of outrageous steps to pass Mo’unga for a try.

Moana Pasifika and the Fijian Drua created a special moment in Super Rugby Pacific with their war dances prior to their clash. If only this game could have been played in front of a crowd of fans from one of Island nations.

To wrap up, Chiefs lock and Player of the Match Naitoa Ah Kuoi provided us with a humorous post-game interview after his side squeezed their way past the Rebels for a win. What a character.

Is this one of the best post-match interviews of all time? 😂 #SuperRugbyPacific #Rugby #StanSportAu pic.twitter.com/kYW21POhWm