Home Features Sunday Social: Robbery, big hits and a blast from the past 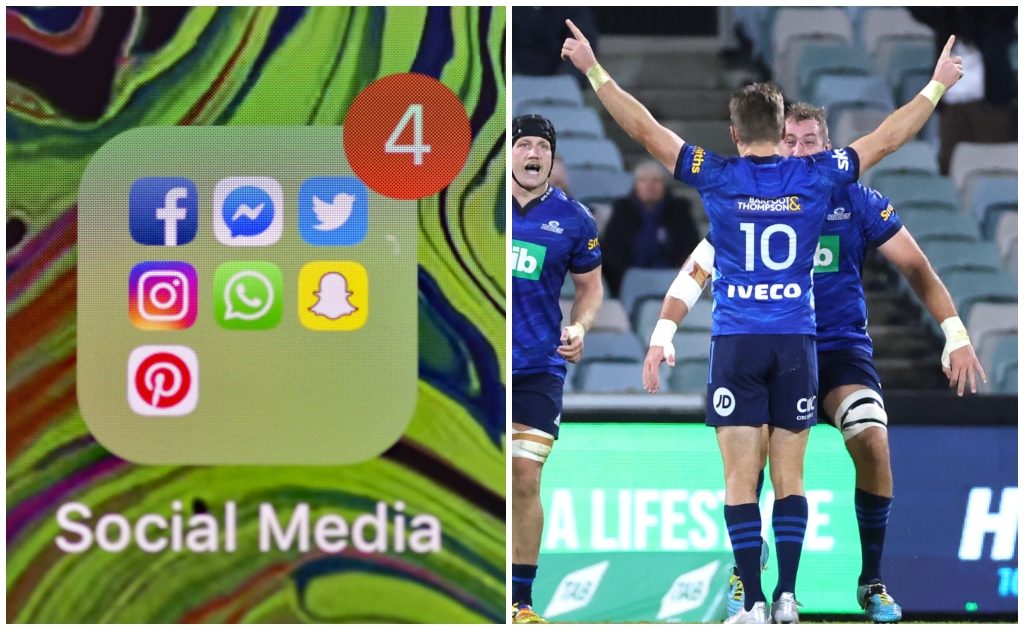 First up is Super Rugby Pacific. Lock him up! Blues star Beauden Barrett robbing the Brumbies at the death and underlining his world-class status. A drop goal taken with the calmness of the Dalai Lama. Pure class.

Meanwhile in Australia, that’s a high tackle with no mitigation. Red Card and an early shower for now former Australian prime minister Scott Morrison with a citing pending.

🟥 Fully expecting Australia prime minister Scott Morrison to be cited and banned for this shocking tackle.pic.twitter.com/Effv3udvVO

Complete and utter carnage. Rassie Erasmus could release another 62-minute video on the refereeing of this scrum alone. Excellent footage showing how the game has evolved.

One for the Sevens circuit, vintage Perry Baker as the American turns defenders inside out on his way to a quickfire hat-trick on his return from injury. Baker could sidestep a defender in a phone booth. Outrageous footwork.

This little fellow is almost as fast as new England call-up Henry Arundell. We are still trying to process how he scored THAT try.

💨 A new angle of Henry Arundell's try against Toulon has emerged.pic.twitter.com/xVuDLf3Lh5

Harlequins centre Joe Marchant at training on a bike as if he and his mates are about to ride to the beach in Mallorca.

RnR Rugby brilliantly mocked Wayne Pivac for his decision not to select Jac Morgan in his Wales squad. Too small? Not physical enough? Well, as this post suggests, Hamish Watson has been criticised for the exact same reason. yet the Scottish flanker has been a top international flanker for years.

I’m not saying Pivac is right in saying Jac Morgan is small, but here’s an actual photo of him and The Mish during Wales-Scotland. pic.twitter.com/VuwsKdabqt

Have a look at that cheesy smile. Japanese international Kazuki Himeno looks delighted with his meat. Happiness personified.

Elsewhere, Williams F1 driver Alex Albon was batting for rugby as he teased American Football players that our sport is better. World Rugby should sign him up to manage the growth of the game. Good on you, Alex.

"I was trying to wind them up and said that rugby is better" 😂 pic.twitter.com/dFLLJQkqpY

Finally, bad weather rains on the Connacht parade. The Sportsground is renowned for its rainy conditions and it absolutely lashed it down for their photoshoot.

Did we or did we not pick a good day for team photos? 📷 pic.twitter.com/KB20vCeVEy