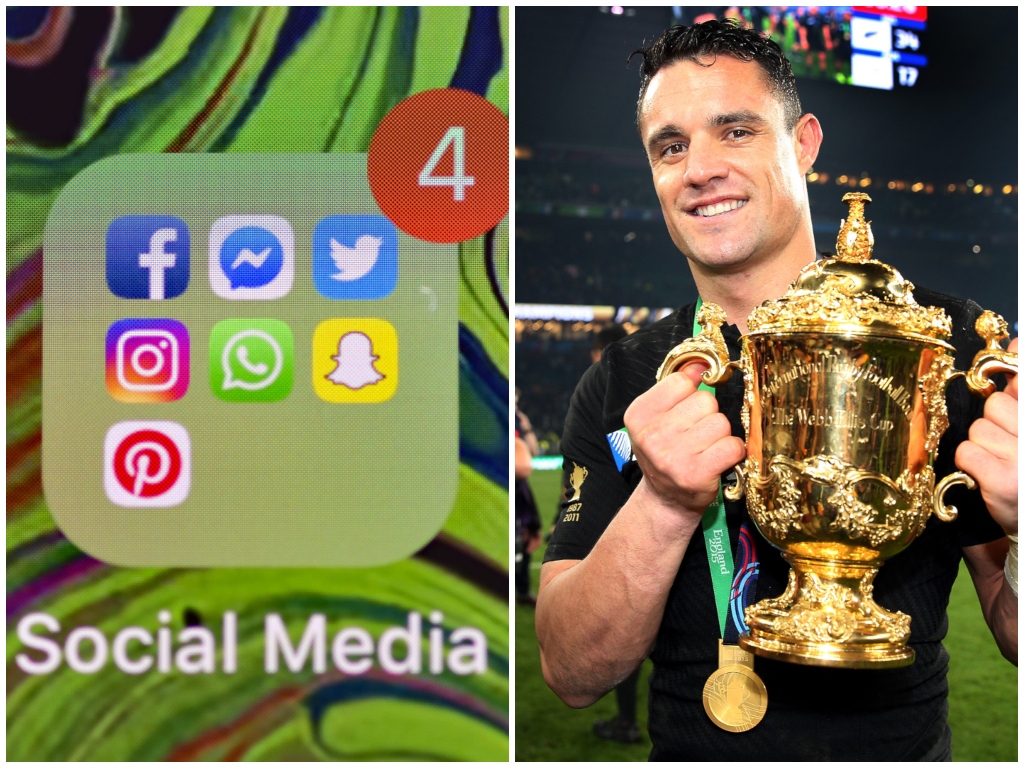 We start with the news of Dan Carter’s retirement, who ended a staggering career which saw him claim two World Cups and top the Test points scoring charts. There were plenty of tributes paid to the great man but this from England’s Jonny Wilkinson who, alongside Carter was arguably the best fly-half of that era, particularly stands out.

Congratulations on an inspiring career mate. Incredible times behind you, very exciting ones ahead too. Go well!! https://t.co/sL8CCBrajD

Carter’s All Blacks debut came back in 2003 against Wales and these are his best bits from that game.

🙏🏽 THANK YOU DC! With news that @DanCarter has officially retired from rugby, we go back to where it all began for the All Blacks all-time leading points scorer with his debut against Wales in 2003.

From one legend to another and the great Springbok Joost van der Westhuizen, who would have turned 50 on February 20.

On the field, there was plenty of action in the Premiership as an incredible five red cards were handed out. It was summed up nicely by Gloucester’s Jamal Ford-Robinson, who saw fellow Cherry and Whites prop Val Rapava-Ruskin sent off against Bath.

There was more controversy in the Exeter Chiefs v Northampton Saints game as the visitors claimed a narrow 13-12 triumph. The hosts were 13-7 behind when Sam Skinner touched down out wide to hand Joe Simmonds the chance to snatch the win for the Chiefs, but then this happened…

It’s not been a great week for the Simmonds family after his brother, the highly-rated number eight Sam, missed out on an England call-up following Jack Willis’ unfortunate injury. It left many observers perplexed.

So Eddie has called up George Martin to replace Jack Willis in the @EnglandRugby squad. A good young player with bags of potential but Eddie are you ok can’t be serious in not picking Sam Simmonds can he? It’s now becoming a joke or Eddie is making it personal for some reason

People are also confused by rugby union’s disciplinary process after Zander Fagerson was handed a longer ban than Peter O’Mahony, despite seemingly not being as severe.

Correct me if I’m wrong here. Zander Fagerson banned for 4 matches for a mistimed clean out. His red card has been widely debated.
POM banned for 3 matches for an elbow to the face of a player. Everyone in agreement it was a red card. THIS IS ALL WRONG @SixNationsRugby

POM – 3 weeks for clearing out a prone player at speed and hitting Tom Francis face
Zander Fagerson – 4 weeks for attempting to clear a jackler pic.twitter.com/mY93kC9H6h

Hamish Watson believes Zander Fagerson's sending off was "an absolutely dreadful call", says Scotland "chucked away" victory over Wales and insists that the team can beat France. https://t.co/KgMByTX4m3 pic.twitter.com/uZL44bvRai

However, the back-rower has since apologised for those comments.

Poor comments from me, emotions were very high after losing a very tight match. Players health is paramount.

In the southern hemisphere, there was the start of the new Super Rugby AU season where the Reds faced the Waratahs in the opener. The Queenslanders enjoyed their day, winning 41-7, but their former player Izaia Perese didn’t after the Tahs back was sent off.

The Sydney-based outfit were poor but the hosts were excellent as demonstrated by this try from Filipo Daugunu.

Meanwhile, you can’t help but love Fiji and their culture as this video shows.

Twenty years ago today, @Jason15Robinson made his @EnglandRugby debut 🌹

🏆 World Cup winner, England captain, British & Irish Lion and a legend of both codes, but his journey to the top was against all the odds.

This is Jason’s story in his own words. pic.twitter.com/lH10Ey3x3U